2022 Council elected at the AGM 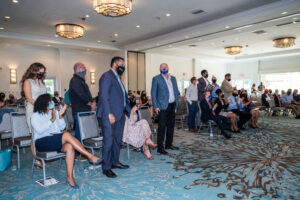 Lawson, who served as Chamber Secretary in 2021, works as the Chief of Staff for the Dart Organisation. Johnston, who completed his two-year term as a Chamber Councillor, is the Managing Director of Corporate Electric. Robinson, a director with Strategic Risk Solutions, was elected for another term as Treasurer.

The Chamber Council manages, protects, and advances the interests of the association. The first meeting of the 2022 Council will be held in March. 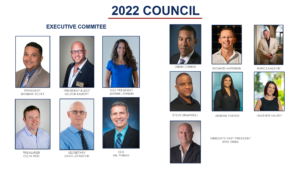