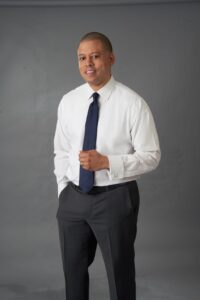 André Ebanks, former Cayman Islands Representative to the UK and Europe, has officially declared his candidacy as an independent for West Bay South in the upcoming April general election for the Cayman Islands.

Mr Ebanks said he would run because he believed the country was at a crossroads.

“I see division in many levels of society where there should be collaboration and harmony. I am standing because I want to close the divide and put in place the best plan for the people of West Bay South and the Cayman Islands – not only for now but for future generations, benefitting all Caymanians,” he said.

“My campaign will focus on the issues that truly impact the everyday lives of Caymanians – reducing the cost of living, improving living standards, employment for Caymanians, prioritised gender equality, enhanced human services and a fit-for-purpose educational system.

“To address these important issues my focus will be on securing a strong economy through protecting and promoting financial services, kickstarting innovation and alternative industries to achieve a more diverse economy, and supporting tourism so, that when the time is right, we can re-open our borders safely.

“I will look to advancing a sustainability agenda – balancing the development necessary for progress with the needs of our environment,” Mr Ebanks said.

Mr Ebanks has served for the past seven years in various roles in the public sector, including the past nearly two years as the Cayman Islands Representative to the UK and Europe.

“In this role I represented our country’s political, policy and regulatory affairs, I managed relations between sister Overseas Territories and the UK Foreign Office, promoted business development, and assisted Caymanians in the UK and Europe with a wide range of matters.

“I am a qualified lawyer with an international perspective who has helped the Cayman Islands navigate significant issues of global importance such as Brexit, the EU tax list, and of course the Covid-19 pandemic.

“On top of the strain of the pandemic, Cayman is about to face further headwinds with the recent addition of these islands to the FATF grey list and spectre of further black lists, my education, professional qualifications and experience are well suited to assisting the country through these challenging times,” Mr Ebanks said.

Prior to joining the civil service, Mr Ebanks worked in the Investment Funds Practice Group of Walkers (Cayman), where he specialised in investment fund formation, restructurings, liquidations, general corporate and regulatory matters.

Mr Ebanks is the son of Attlee Ebanks of West Bay. He is married to a senior civil servant and together they have two children. He has a B.A. in Sociology from Morgan State University, obtained his LLB from the Truman Bodden Law School, and has a Masters in Legal Practice from Manchester Metropolitan University. In 2005 he was called to the Bar of England and Wales by the Middle Temple, and in 2006 called to the Cayman Islands Bar.

“My goal is to shape policies and make decisions that will help Cayman prosper for the benefit of all Caymanians,” Mr Ebanks said.