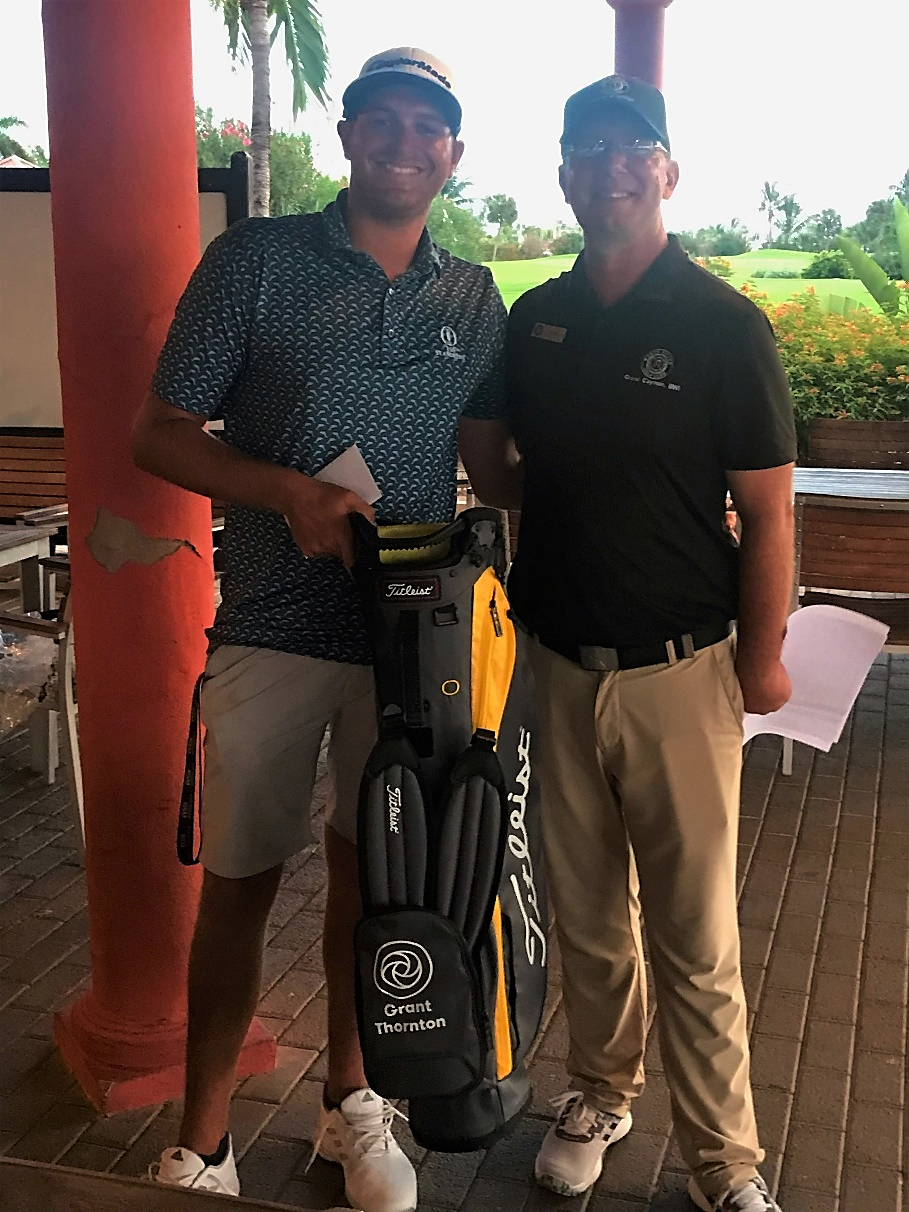 Caymanian golfer Andrew Jarvis won the third event in the inaugural Grant Thornton Summer Series, played on 13 – 14 August at the North Sound Golf Club. With a score of 15 under par, Jarvis was on his ‘A’ game.

“A huge congratulations to Andrew Jarvis on his win,” says Greg O’Driscoll, Partner and Head of Asset Management and Business Development at Grant Thornton Cayman Islands. “Participants have played strong throughout the series, and event three was no exception. Good luck to all in the upcoming series finale!”

“The overwhelming support CIGA has received from Grant Thornton is very important to the future of Cayman golf,” says Jonathan Joyce, President of the Cayman Islands Golf Association (“CIGA”).

CIGA and Grant Thornton as Title Sponsor of the association aim to grow golf in the Cayman Islands, and raise the World Amateur Golf Rankings (“WAGR”) of local players.

The grand finale will be held on 3-4 September at the North Sound Golf Club with prizes awarded to the overall series winner, overall event winner, top non-WAGR-ranked player, winning team, and low net score. Those interested in participating can register for the WAGR event by emailing wagrcayman@gmail.com.