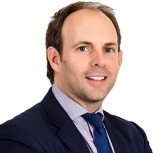 Appleby has again been ranked Band 1 by Chambers and Partners in its global survey for Offshore FinTech.

Chambers highlighted the strength of Appleby’s global offering in this sector through its dedicated and multidisciplinary Technology and Innovation Group. The Group, which was formed in 2017, was recognised as having considerable expertise in digital assets, blockchain and FinTech applications, data protection and information security. The Group supports leading technology companies alongside a roster of young enterprises breaking new ground in the FinTech space. 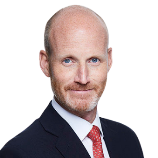 Richard Field. Commenting on the rankings, a source highlighted Andrew Jowett for his “commercial savvy, leadership and responsiveness”, while Richard Field was described as “responsive, practical and very good to deal with”.

Peter Colegate, Global Head of the Technology and Innovation Group, said “Technological innovation is transforming businesses and markets and with a number of offshore jurisdictions vying to become technology hubs, Appleby led the way amongst the offshore firms by establishing a dedicated global technology practice group in 2017. It is fantastic to be recognised by Chambers as a leading firm in this fast-moving sector”. 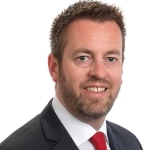 Band 1 is the highest ranking and is based on a firm’s technical legal ability, depth of team, client service, commercial vision, diligence and a range of other qualities valued by clients.