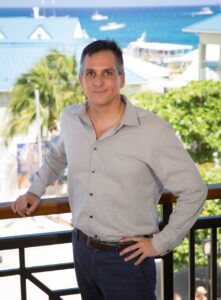 he Cayman Enterprise City (CEC) special economic zones development project has won an Excellence Award in Environmental, Social and Corporate Governance (ESG) Practices by the Financial Times’ fDi Intelligence Magazine. The 2021 Free Zones Awards mark the second consecutive year for CEC to be recognised as a top free zone in the Americas.

“We are honored that CEC has been recognised by fDi Intelligence for our efforts in developing a sustainable special economic zones project that prioritizes best ESG practices,” said Charlie Kirkconnell, Chief Executive Officer at CEC. “The Excellence Award in ESG Practices helps to build trust amongst foreign direct investors, reflects the quality of the CEC project, and is a testament to the importance we’ve place on our people and environment.”

Since its inception in 2011, CEC has helped to strengthen Cayman’s economy by attracting knowledge-based businesses in industries such as technology development, media and marketing, biotech, fintech, maritime, and aviation to set up a genuine physical presence in the 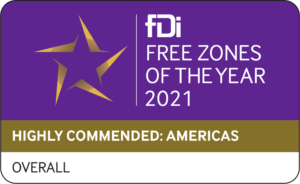 Cayman Islands. In CEC’s first 10 years of operations the development project has had an estimated economic impact of USD $502 million on the Cayman Islands economy and is now home to over 260 special economic zone companies (SEZCs). “CEC’s special economic zones represent the largest innovation ecosystem in the region which includes some of the world’s most innovative companies including everything from startups to globally established publicly listed companies,” said Kirkconnell. 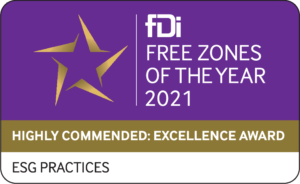 financial contribution of its activities impacts the wider economy. In 2020, CEC engaged an independent global economist to assess the CEC project. “The level of transparency demonstrates CEC’s commitment to proper Governance and the socioeconomic progress of the Cayman Islands,” reads the report by Marla Dukharan. “This clearly demonstrates your capacity as Caymanians to innovate and diversify your economic base, create resilience, and continue to distinguish your jurisdiction as world-class. As a Cayman-bred project, this is a remarkable affirmation of the immense value you have to offer in the global marketplace and your unlimited capacity as Caymanians to put your own ingenuity in service to creating a better future.”

“Despite the global pandemic, CEC has continued to prioritise quality experiences, develop innovative opportunities, and deliver first-rate programming to ensure that zone members and residents of all backgrounds receive the right support and encouragement to develop into tomorrow’s leaders and active contributors to our ever-evolving global economy,” said Kirkconnell.