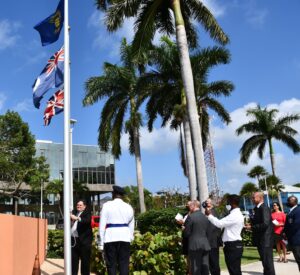 The Cayman Islands observed Commonwealth Day today, Monday, 14 March 2022, by raising the Commonwealth flag outside the Government Administration Building during a brief ceremony at 9:45 a.m.

President of the Royal Commonwealth Society (Cayman Islands Branch), Mr. Lemuel Hurlston, CVO, MBE, JP, gave the opening remarks and delivered a message from the Commonwealth Secretary-General, The Right Honourable Patricia Scotland QC. Born in Dominica, she is the 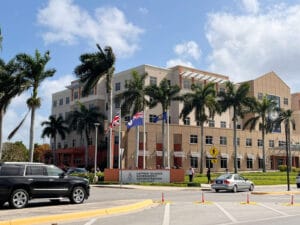 second Secretary-General from the Caribbean and the first woman to hold the post.

A representative from Girlguiding Cayman Islands, young Imogen Howe, read the Commonwealth Affirmation. His Excellency the Governor and The Hon. Premier hoisted the Cayman Commonwealth flag, promptly at 10: 00 a.m.