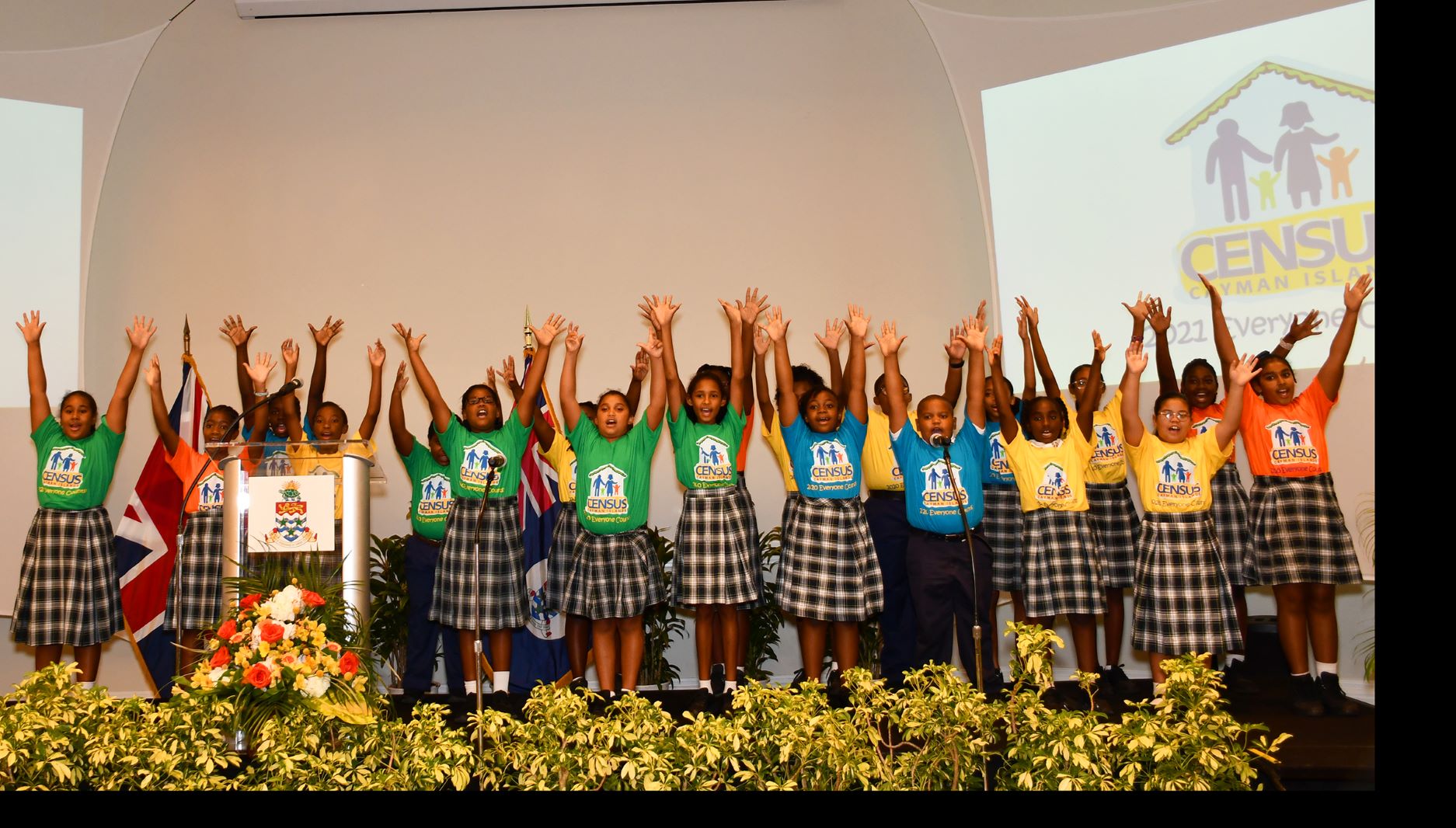 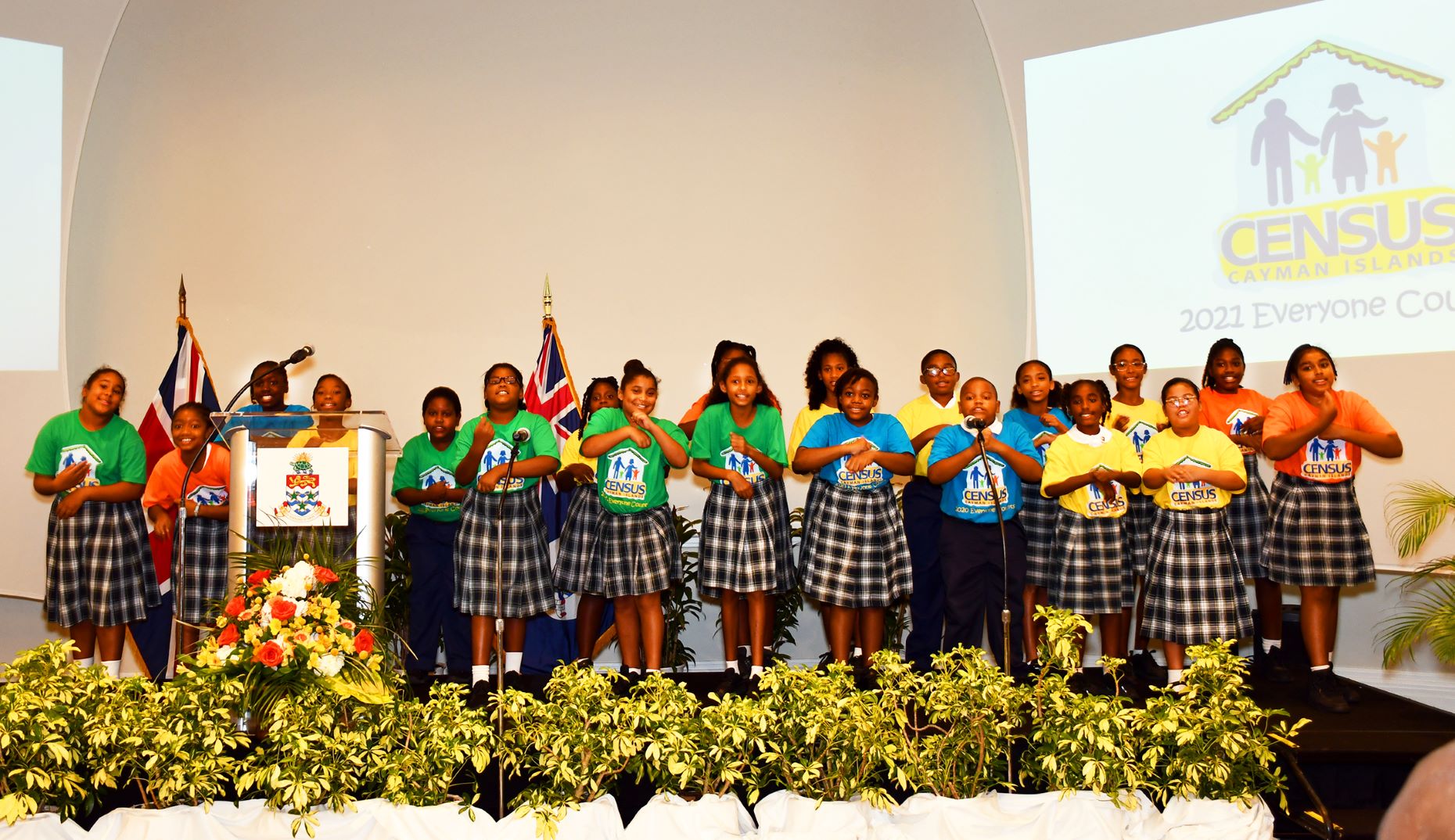 With their animated rendition of the Census 2021 jingle, George Town Primary School students helped launch Census 2021 in Grand Cayman today, Wednesday, 26 May 2021, at the Marriott Resort.

The jingle’s message urging all to be counted set the tone. Speakers, led by His Excellency the Governor, Mr. Martyn Roper, as the Census Patron, called for the public’s 100 percent participation in Census 2021.

Speakers emphasised the vital link between the national count’s data gathering and government’s as well as the private sector’s provision of services.

The main messages were:

The launch included a short video featuring 106-year-old Mr. Wellesley Howell to represent the population over the years. Mr. Howell noted he has participated in six local censuses.

After the ceremony, the ESO began signing up potential census workers from Grand Cayman to participate in the actual count. Hiring and training for some 500 enumerators starts in June.

Following census taking over two months starting in October 2021, a preliminary census report featuring highlights such as total population is scheduled to be out in first quarter 2022. The final report is scheduled for later that year.