Centenarian is Honoured on her Milestone Birthday 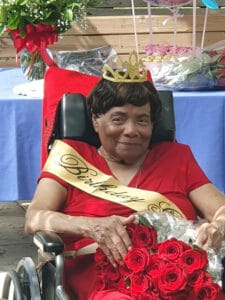 Centenarian Mrs. Mandy Bernard, interestingly was born as the world was recovering from another pandemic (the 1918 Spanish Flu) and has seen and experience many things in her lifetime. Yet another new and happy experience for her was to watch a congratulatory video from Deputy Premier, Hon. Chris Saunders and Minister for Youth, Sports, Culture and Heritage, Hon. Bernie Bush. Posted on the Government’s YouTube channel, the clip was played to Mrs. Bernard and featured a montage of pictures of her through the years.

Proud granddaughter Nicole Bernard says her grandmother is in great health and puts her long life down to her amazing attitude: “She’s the matriarch of the family and is always ready with a story or two about her life on Cayman Brac and what things were like back then.”

Originally from Spot Bay, Ms Mandy, or Mama, as she is commonly known, spent most of her 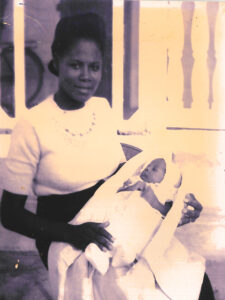 Following the Deputy Premier’s congratulations, the Minister for Culture and Heritage said: “As well as being a personal milestone, becoming a centenarian clearly singles you out as a national treasure and as a precious part of our Caymanian heritage.”

Key events in the years directly before or after 1921: