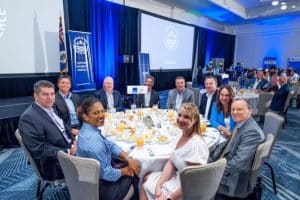 We have already seen that the Chamber is a catalyst, bringing different groups together to effect change. But the Chamber is also an advocate, effecting change by speaking up for those who may not otherwise have a voice.

Advocacy is just as much part of Chamber’s DNA as is its role as Catalyst, operating in accord with its mission statement to “support, promote, protect” in the exact same three areas of business, government and community.

The Chamber’s advocacy agenda falls under four headings: Education and Workforce Development; Economic Growth and Diversification; Regulatory Efficiencies; and Quality of Life. Each of these will be discussed in more detail in future articles. 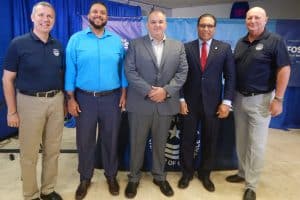 It is hard for one voice to be heard in a crowd, but many voices, acting in unison, will get noticed. In a similar way, the Chamber can speak up for its members, identifying issues of common concern through a process of listening, receiving feedback, before converting the raw data into policy and position statements it can then present to the government.

It’s in a strong position to do so, because the Government knows that, unlike other specialised business associations, the Chamber looks out for all businesses, from the smallest mom & pop store to the largest corporation. Everyone has a say, everyone has a voice. That means when the Chamber identifies an issue, it is likely to affect everyone. Advocacy gives groups or individuals a voice, but it also helps Government, providing feedback on how well its policies are working.

Advocacy of this kind therefore plays a key role in Cayman’s democratic landscape. At election-time, the Chamber provides a public platform for candidates at Candidate’s Forums, giving the electorate the chance to hear what each representative stands for.

Being an effective advocate must mean that, first of all, you thoroughly understanding the position of the person who you represent. The Chamber continually stays in touch with memberships’ views and concerns through surveys, meetings, special events, and focus groups.

Raw data gathered is discussed by the Chamber Council, an internally elected body whose job is to identify which issues should be converted to policy, and brought to the attention of elected representatives.

Sometimes the issues are referred on to industry roundtables, special workshops or focus groups, for further consideration, before findings are presented to Government either in the form of a Position Paper, research report, or in person, such as when a Chamber representative sits upon a Government committee.