Chamber statement on the passing of the Hon. Benson O. Ebanks, OBE 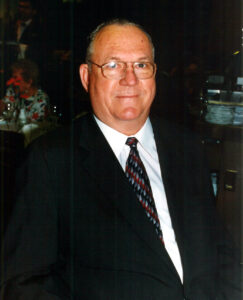 The Cayman Islands Chamber of Commerce membership, Council and Staff wish to express our condolences to the family of Benson O. Ebanks, OBE, who passed away on March 29th. ‘’Mr. Benson’’, as he was known, leaves behind an indelible mark on multiple areas of Cayman Islands society. Best known as an astute politician, statesman and business leader, he represented the people of West Bay in the Legislative Assembly for more than three decades, serving as Executive Council member during different elected terms with responsibilities ranging from Education, Social Services, Recreation as well as Environment and Culture.

His contributions to the business community are equally impressive. He was a founding shareholder of Cayman National Bank in 1974 and served as chairman of the board for 36 years. His hardware and supplies store in West Bay was a fixture of the community for many years.

He was elected to serve as the first President of the Cayman Islands Chamber of Commerce from 1965-1967 and worked with the founders to ensure the success of the association in its early years. Mr. Benson continued to support the work of the Chamber after his political career and participated in one of the trade missions to Panama.

Over the years, Mr. Benson contributions for the development of the Cayman Islands stretched beyond the political halls and board rooms. He was a founding member of the Rotary Club of Grand Cayman in 1966 and Chairman of the National Council of Voluntary Organisations. He embraced Cayman’s culture and society on all fronts and was a keen supporter of the arts and preserving Cayman’s history. He was truly a Caymanian son of the soil who helped to lay a foundation in politics, in business and in the community. His outstanding contributions will benefit future generations.

May his soul rest in peace and may perpetual light shine upon him.