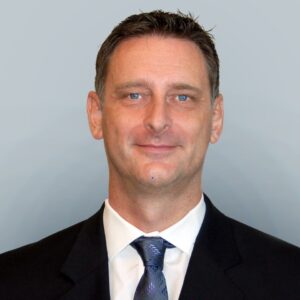 After 31 years as a civil servant, Ministry of Planning, Agriculture, Housing and Infrastructure Chief Officer Alan Jones will retire this month.

A former Director of Lands and Survey, Mr Jones was appointed Chief Officer in February 2012, and is the most senior civil servant in the ministry.

During his tenure as Director of Lands and Survey he was instrumental in developing the Geographical Information System (GIS), which is a computer system that integrates spatial data with its associated tabular records.

As Chief Officer, he oversaw the streamlining of the Trade and Business Licensing applications and the establishment of the Cayman Islands Business Development Centre.

One of the many programmes that was established during his tenure as Chief Officer was the PWD apprenticeship scheme. Which has provided technical and vocational training for young Caymanians.

He also was responsible for the establishment of the Major Projects Office, which has dramatically improved the delivery of Governments capital projects.

More recently, he delivered the long-awaited redevelopment of the Department of Vehicle and Equipment services compound.

Reflecting on his Civil Service career, Mr Jones stated that one of the aspects that he had focused on was to bring a more dynamic and problem-solving culture to the Ministry. He took pride in the fact that he was able to build real relationships with his Heads of Department and identify innovative ways to provide them with the resources they required to provide a high level of service to their customers.

Commenting on Mr Jones’ retirement, the Deputy Governor and Head of the Civil Service stated, “I wish to record my thanks to CO Jones for his many years of service to the Government and people of the Cayman Islands. Mr Jones championed training and development opportunities for his staff and took great pride in succession planning. He provided me with sage advice and could be counted on to deliver, at pace, a range of priority projects of the Government, while observing the principles of good governance.

“On behalf of all of us in the Government we wish him a wonderful retirement and God’s richest blessings.”

Submitted by: Office of the Deputy Governor (CIG)