The Department of Sports said goodbye to three key staff. 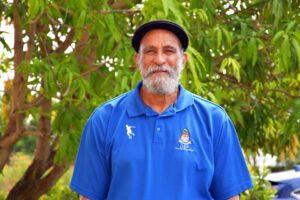 Messrs Roy Ebanks, Reginald Ramoon and Kenrick Williams all left the government’s employ in the last quarter of 2021.

Mr. Ebanks, better known as Coach Huta, has hung up his whistle after 18 years of service with the department. A foundational leader, motivator and mentor, he has been a tireless ambassador for sports through decades of coaching and mentoring youth and senior football teams in West Bay and the Cayman Islands.

Wrapping up 25 years as the Cayman Islands national track and field coach, Coach Kenrick Williams leaves behind an impressive record of accomplishments in training and conditioning athletes for regional and international sports competition. His roster includes 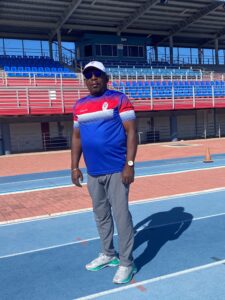 Another of Coach Williams’s noteworthy achievement is as founder of the Hy-Tech Tigers Track and Field Club and his dedication in actively sourcing and securing scholarships to universities and colleges in the United States for upwards of 35 Caymanian athletes.

A co-founder of North Side Football Club, which later became North East Football Club, Mr. Reginald Ramoon is a champion of football throughout Grand Cayman. As a former coach, he played an important role in the formation and growth of football locally. Brought out of retirement seven years ago, Mr. Ramoon managed maintenance at the Jimmy Powell Cricket Oval, the Truman Bodden Sports Complex and other departmental facilities.

Speaking about his former staff, Director of Sports Mr. Kurt Hyde said: “On behalf of the Department of Sports I want to acknowledge the outstanding service of Coach Roy “Huta” Ebanks, Coach Williams and Mr. Reginald Ramoon.  “Between the three of them, they have given the department and the nation decades of knowledge and experience in football, track & 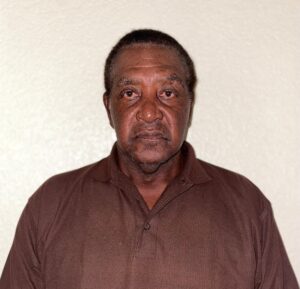 field, and grounds maintenance. The impact that these gentlemen have made in our communities is immense and their hard work has positively touched the lives of many.”

Acting Deputy Chief Officer of Sports, Mrs. Melissa Whorms added: “From Coach Huta’s grassroots football programmes, to Coach Williams’ track club and national programme, and Mr. Reginald Ramoon’s diligent efforts to provide safe and clean facilities, they have each gone way beyond creating outstanding athletes, they have also supported countless ‘at risk’ children through providing and facilitating numerous afterschool programmes and clubs. Their retirement is our loss but we wish them all the best in the future.”

All three retirees were recently recognised at events held by the Ministry of Youth, Sports, Culture & Heritage.