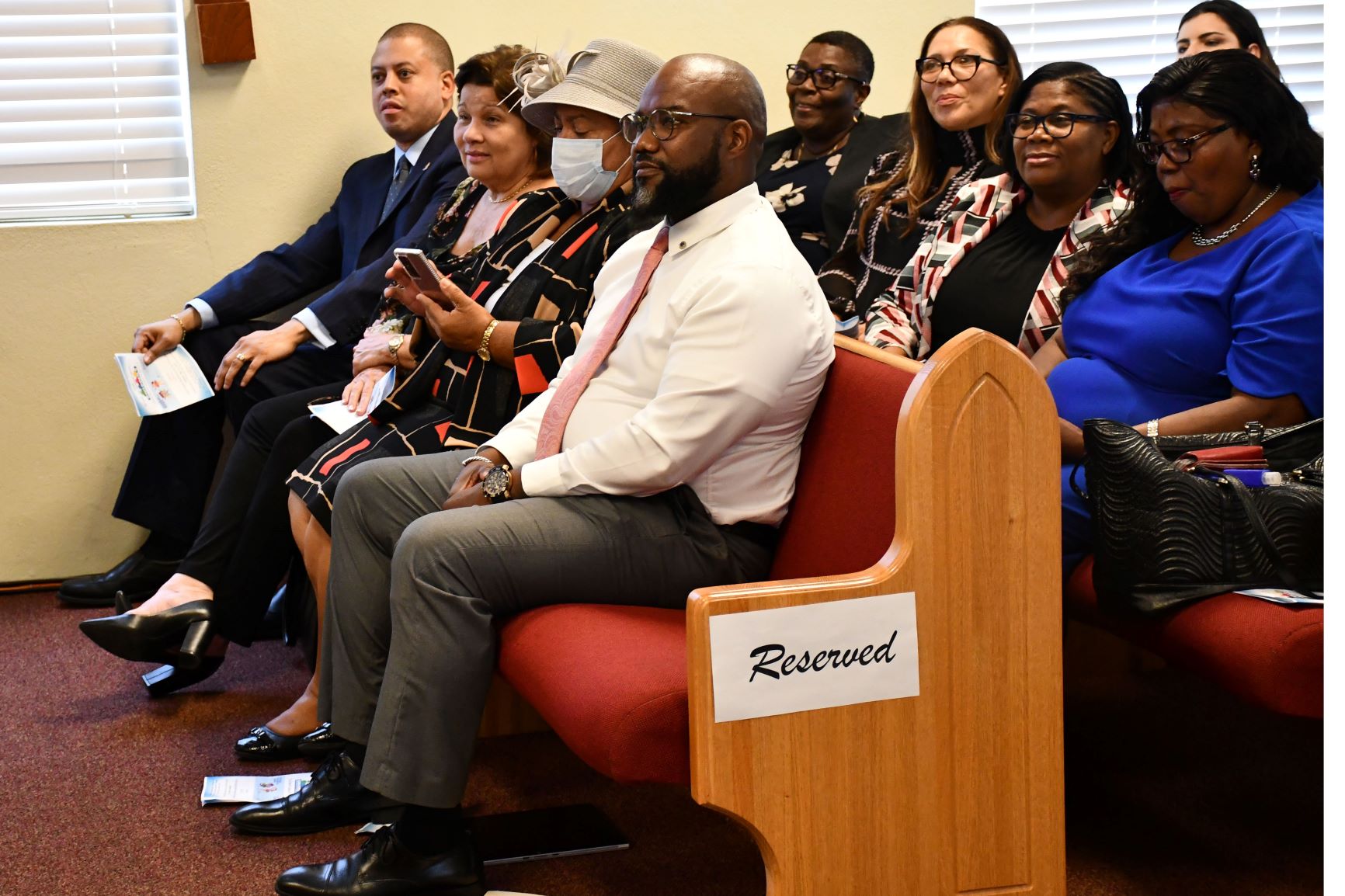 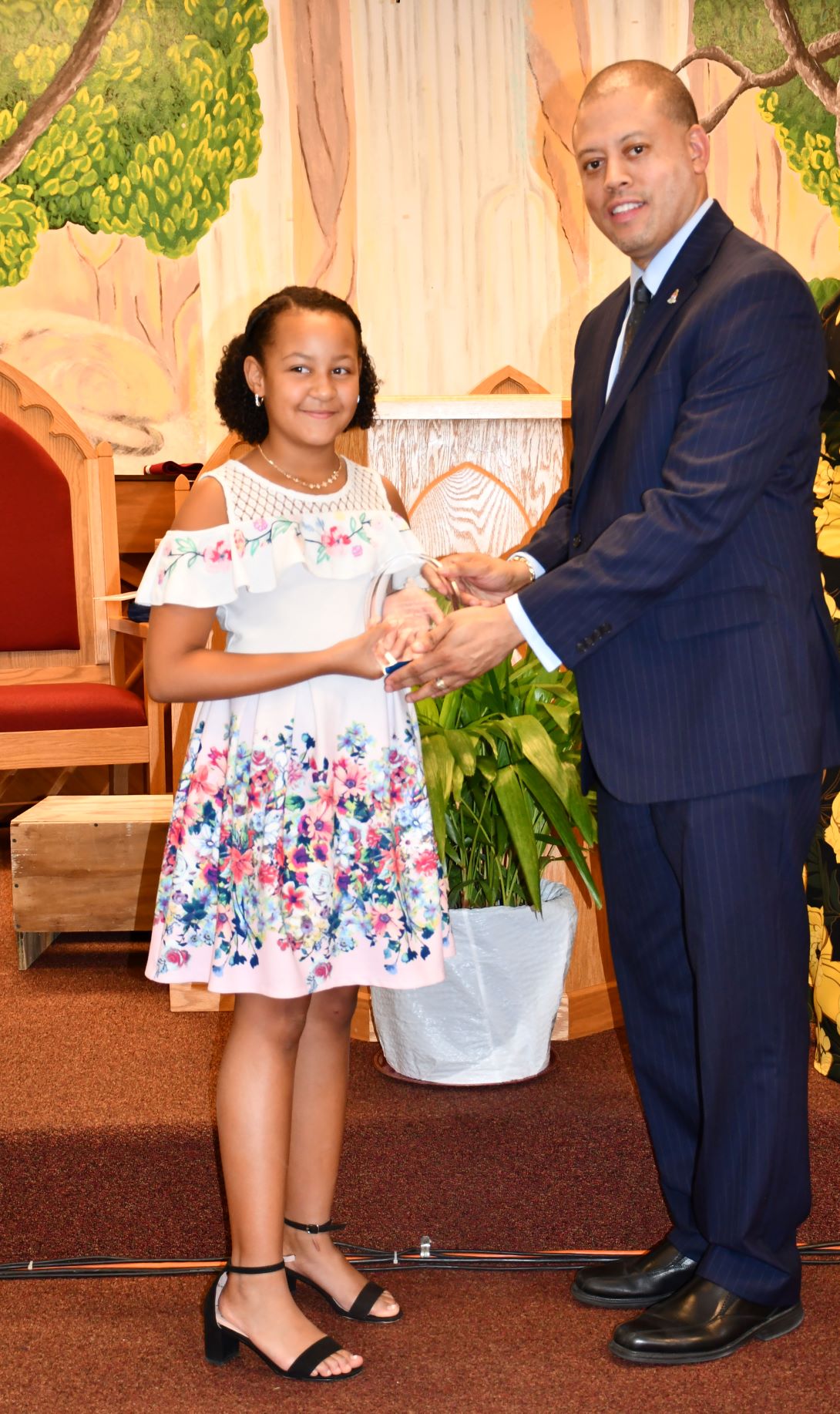 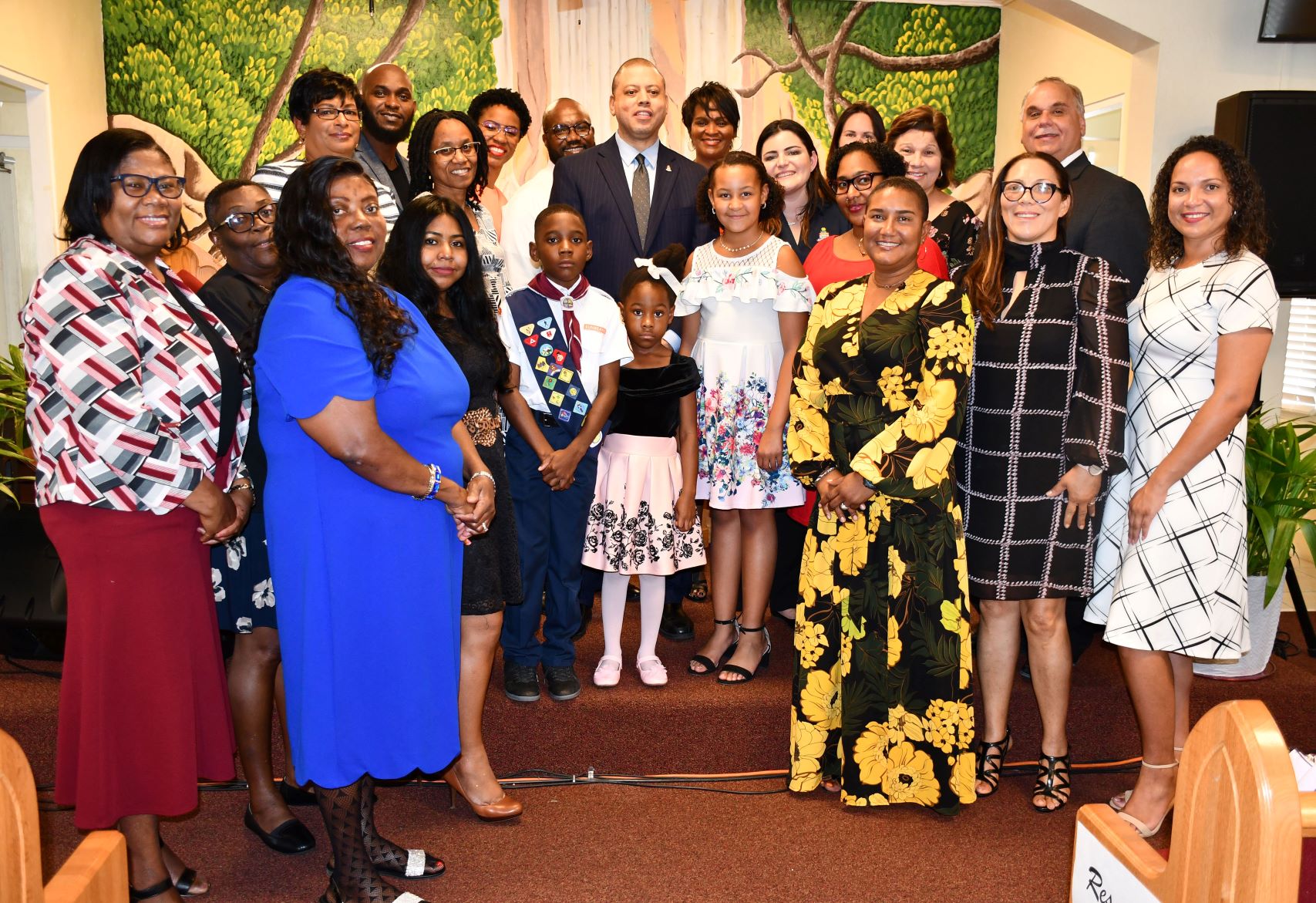 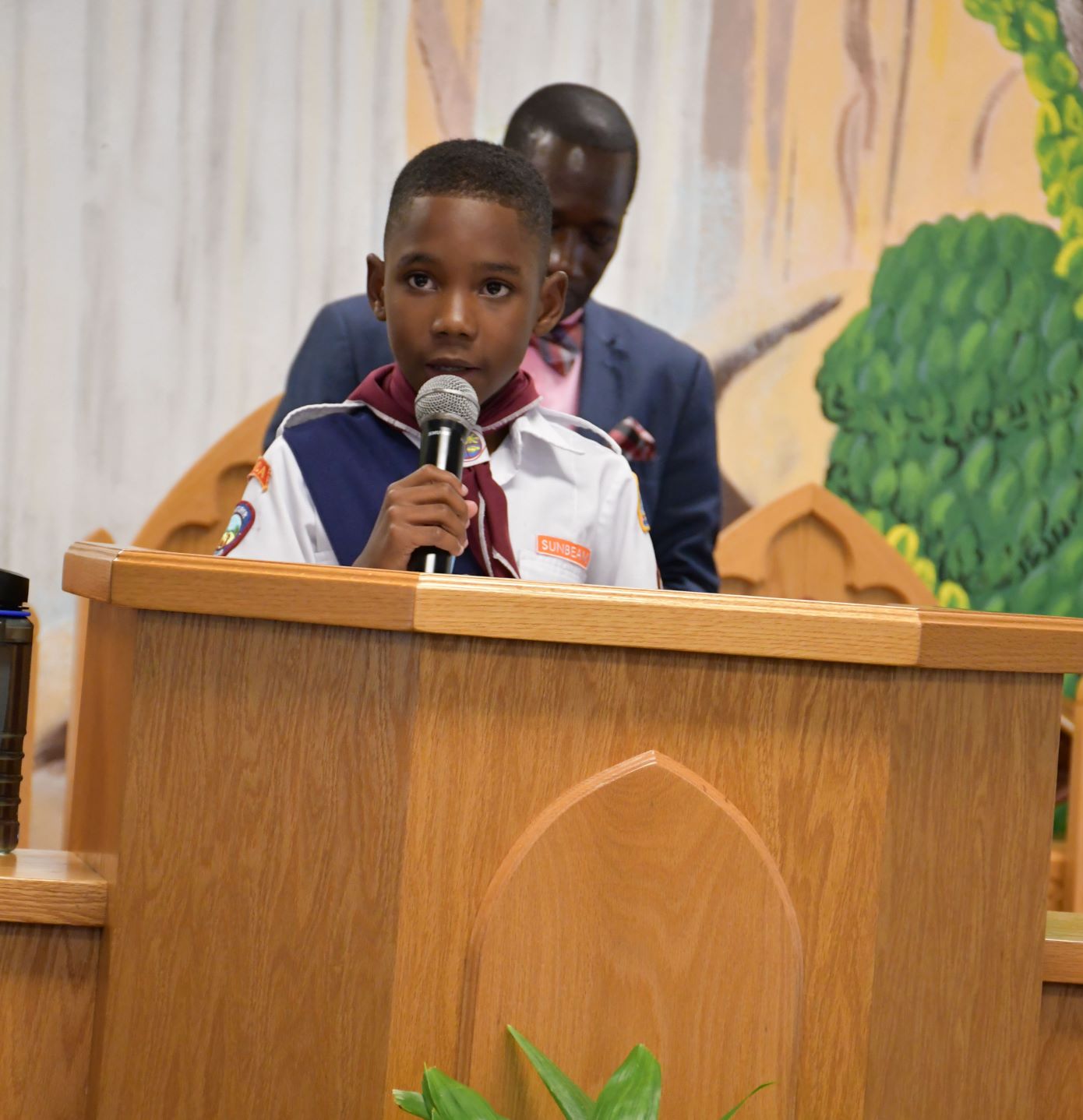 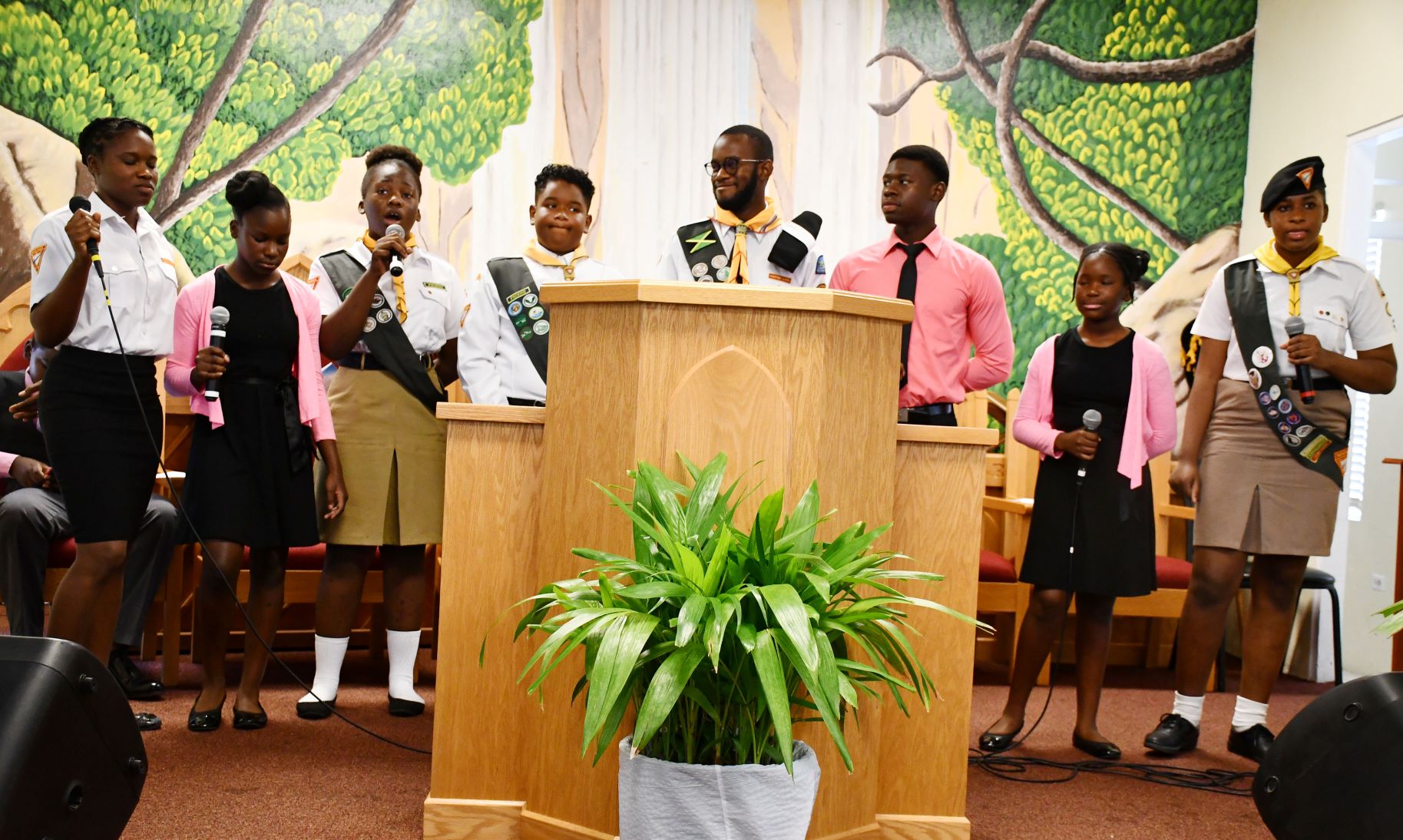 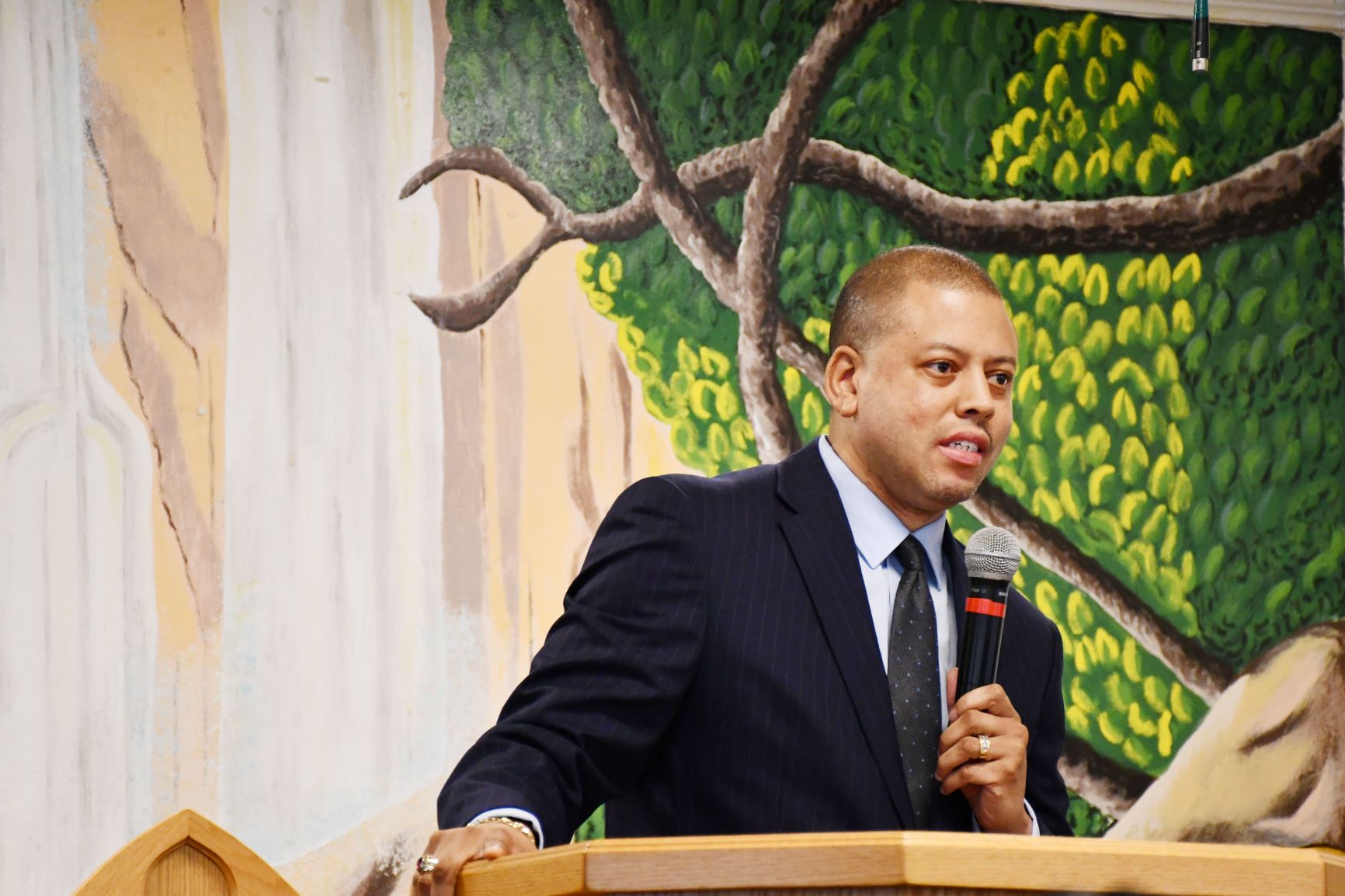 Cayman Brac’s Creek Seventh-Day Adventist Church, though small, put on a mighty outpouring of fellowship to close out Child Month on Saturday (29 May 2021). Children dominated the memorable service through scripture, song and dance.

Highlights included the presentation of the second Child Month awardee and an epic sermon on the bravery and resilience of Daniel in the Lions’ Den by Kaiden Stuart.

Ten–year-old Samya Ritch was announced as Child Month’s Primary School recipient. The Creek and Spott Bay Primary School student received a plaque and a laptop from Minister for Social Development, Hon. André Ebanks. Described as an exceptionally well-rounded student, Samya is an avid swimmer and one of the youngest athletes ever selected to swim competitively in Cayman Brac.

Officiated by Pastor Maurice Chambers, the Sabbath service embodied the spirit of the month long observance in celebrating and acknowledging children.

“We can see that the DCFS have done their work, they have put on a month of showcasing events to highlight our children. But the challenge as we close Child Month is to make everyday Child Month. It’s to look in ourselves and ask “where’s your piece of the wall that I can build on to make the challenge passable for everyone?”’ he added.

Mr. Roberts’ Child Month message thanked DCFS staff for the added responsibility of planning so many events during the month, which had impacted 1,500 children, while continuing their safeguarding duties.

“Child protection systems around the world respond to children who have suffered or a likely to suffer significant harm. As a social service department we add to that we also choose to empower our children to teach them celebrate them, let them all know that they can wear the cape,” he noted.

Addressing the congregation, he said: “Every one of you can be a hero. Child Month is over but the fight isn’t. Every day there’s a child that needs you in our beloved isle. The daily MASH referrals continue to prove this to be true. So let’s not be silent. Let’s not whisper while they continue to suffer. Let us continue to empower them to be the superheroes they can to each other but also let us put on our capes and be the heroes to them because challenges are passable by everyone,” he concluded.

In reminding the community of its sacred duty, Mrs. Mendoza-Williams quoted a popular African proverb in full: “It takes a village to raise a child but when the children do not feel the warmth of that village they will eventually burn that village down.”

“If we do not make the way for our children, give them the tools they need to face the challenges in their daily lives, they certainly will burn our village and our future will be a very poor one,” she continued.

In a powerful moment of affirmation, the director closed by request all the children to stand and asked the adults to express their support and encouragement for our children by saying “We are proud of you.”