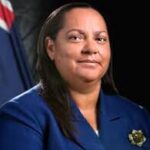 In 1997 Mrs. O’Connor-Connolly became Cayman’s first woman minister when she was chosen to fill a vacancy on Executive Council as the Minister of Community Affairs, Sports, Women, Youth and Culture. From October 2003 to April 2005 she served as Minister for Planning, Communications, District Administration and Information Technology.

Speaker of the House from November 2001 to October 2003, she followed the Hon. Sybil McLaughlin and the Hon. Capt. Mabry Kirkconnell (also from Cayman Brac) to become the third Caymanian speaker.

Mrs. O’Connor-Connolly has been elected to the Legislative Assembly since 1996; she is the first woman to represent the Sister Islands. In November 2001 she was a founding member of the United Democratic Party.

Born and raised on Cayman Brac, she first pursued a career in teaching but later received a law degree from the University of Liverpool and was a practicing attorney before entering politics.

She is the mother of Kamaal Connolly and Kimberly Walton, her foster child. 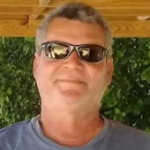 Elvis Jeffery McKeever is of Cuban and Cayman Brac descent.  He was 62 years old on his last birthday. Elvis grew up in Grand Cayman, but as a young man, migrated to live with his family in Cayman Brac.  He married his high school sweetheart Maria.  He is the father of three beautiful and intelligent daughters Angela, Otelia, and Elisha.

Elvis was a pioneer in the music industry as the lead drummer for the Regeneration Band.  This experience has helped shape his platform that advocates for music and arts exposure for the youth.  Elvis is a successful entrepreneur forming his own construction business Island Man Constructions.  Through this business, he pursued property development building and renting apartments on Cayman Brac.  In early 2002 when the moratorium on retail liquor was removed, Elvis capitalized on the opportunity and developed Island Man Rum Shop.  He continues to own and manage Island Man Rum Shop that he grew into the pre immanent liquor store on Cayman Brac.  His long-held trade name of “Island man” is reflective of faithful patronage of his Island home of Cayman Brac and his pride in being true to his culture.

Elvis is a commercial farmer who has helped promote the agriculture sector on Cayman Brac by demonstrating crop potential and marketability. The Agriculture Society has awarded his agricultural efforts.  He has helped other farmers develop their potential. In addition to farming the land, Elvis is an experienced fisherman.

1.  They are revamping our education system to ensure that young people are provided with the skills to meet the workforce’s demands. Through education, Caymanians can demand their rightful rewards from the economic success of the Cayman Islands.
2.  Redesign the current economic model of the Cayman Islands, which is based on Caymanian getting a trickle of the monetary benefits. The Caymanian economy must be found on the Caymanian getting the full advantage of the economy, with all others getting the trickle that remains. Legalizing marijuana for medicinal and recreational use by adults will provide a significant economic boost, foster a major industry that could give the Caymanians multitudes of jobs, business opportunities, farming development, and generate significant revenue for the Cayman Islands Government.
3.  Review the Cayman Islands’ revenue base to remove import duty from essential items to reduce the cost of livings and replace these sources of income with licenses for the sale and farming of marijuana, revenues from the licenses for a local lottery, and licenses and royalties from casinos.