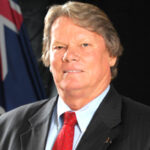 Deputy Premier of the Cayman Islands, Hon. Moses I. Kirkconnell, was first elected to the Legislative Assembly for Cayman Brac and Little Cayman in 2005 and was re-elected for a fourth term in 2017. Highlights of his public service record include his appointment in 2011 to chair the Public Accounts Committee of the Legislative Assembly. In 2012 he was named Deputy Leader of the Progressives and then appointed Deputy Leader of the Opposition by the Governor.

In addition to Deputy Premier from 2013-2017 he served as Minister for District Administration, Tourism and Transport, the Ministry he retains in the 2017-2021 term.

A businessman involved in retail, tourism, and the construction industry, Mr. Kirkconnell was named Ambassador of Economic Development for the Sister Islands during the 2005 Quincentennial celebrations. He has served three times as President of the Sister Islands Tourism Association and served as a director for Cayman Airways for 17 years.

Mr. Kirkconnell is a founding member of the National Trust, a Paul Harris Fellow of Rotary Foundation of Rotary International, and a proud member of the Veteran’s and Seaman’s Society of Cayman Brac and Little Cayman. Moses is also a devoted supporter of youth-related sports and activities.

In both his official and private capacities, Mr. Kirkconnell has long been heavily involved with the development of Cayman Brac, including the tourist industry of that island.

Mr. Kirkconnell is a founding member of the National Trust, a Paul Harris Fellow of Rotary Foundation of Rotary International, and a proud member of the Veteran’s and Seaman’s Society of Cayman Brac and Little Cayman.

He is married to Kathryn (Kathy) Sparks Kirkconnell. His hobbies are fishing, walking and reading. 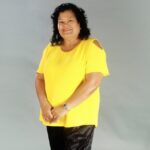 Maxine Avon McCoy-Moore was born in St. Andrew, Jamaica on 14th September, 1958 1st child and only daughter of 6th generation Caymanian parents Samson & Mary McCoy “Pioneers in Tourism” for Little Cayman. I have five younger brothers, one daughter and two sons, five grandsons and one granddaughter.

Educated at the Spot Bay Primary School, Cayman Brac High School & ICCI in Newlands where I completed two years of Computer Science/Operations. This enabled me to become the 1st Cayman Brac-ker to sit behind a computer in the 1980’s.

I was the instigator for the very first PROM and GRADUATION for the students of the Brac High School and have many years experiences working with my government and the private sector in Finance, Administration, Bookkeeping/Accounting, Customer Representation, Postal, Teaching, HR Management, Banking, Insurance Broker/Agent, Office Manager etc.  I also volunteered my time to help with the setting up of the CICSA Co-Op Credit Union office on the Brac and the Cayman Islands Boys Scouts along with “Fund Raising Events” for the Lions Club.

Every second that I spent at each of these positions I always did my best to spot problems and create the solutions to fix them. All of these jobs have helped me not only meet most of my neighbors at such a personal level, but also realize how important it is to get involved to make our present and our future better. To collaborate and partner with others to achieve better results and to be humble and supportive to meet our most important task and to leave no one behind. Always remember to agree to disagree.