All forums will be streamed live to our Facebook or YouTube channels from 7:15pm to 9:30pm and posted to our website. Cayman Life TV, Government Information Services (GIS), Cayman Marl Road, ICCI-FM, and Radio Cayman will broadcast the forums. All forums will be posted to the Chamber website for constituents to view at any time.
If you missed the George Town North forum and would like to watch the full broadcast please click here
Friday, 26th March
7:15 - 9:30 p.m. 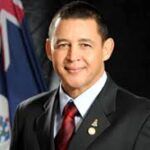 In 2013 he sought office as a George Town candidate under the banner of the Progressives and in winning his seat was named Councillor to the Ministry of Constituency Administration, Tourism and Transport.

Following his re-election in 2017 he was named Minister for Commerce, Planning and Infrastructure. 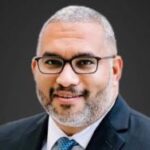 Johann Moxam is a Caymanian dedicated to family, community, and good governance at all levels in the Cayman Islands.

Mr. Moxam studied at the University of Buckingham (UK), earning a Law Degree with Honours and a Master of Law. Devoted to family, he is the proud father to two sons.

As an outspoken community activist and concerned citizen, Johann played a prominent role as one of the founding members and leaders of the Cruise Port Referendum (CPR Cayman) group. This grassroots organisation successfully challenged and won the Judicial Review in the Grand Court, which halted the Government of National Unity’s proposed multi-million dollar cruise berthing facility project. CPR Cayman made history as they secured Cayman’s first People’s Initiated Referendum (as per section 70 of the Cayman Islands Constitutional Order 2009). If the Government chooses to resume the project, it would require a People’s Initiated Referendum if the plan is to resume the project as per the court’s direction.

Johann has 18 plus years of experience in the international financial services industry. Currently, he is the Managing Partner of Lainston International Management Ltd. Before this, Mr. Moxam served in various positions with Merrill Lynch Bank and Trust Company (Cayman), one of the world’s largest publicly traded financial institutions. His roles with the institution, spanning fifteen years, included Assistant Manager, Company Secretary, and Money-Laundering Reporting Officer, serving as Managing Director for more than ten years.

His experience in the financial services industry led to his appointment as Co-Chair of the Chamber of Commerce’s Future of Cayman Economic Development initiative for the “Diversifying the Economy” driver group. He also served as a Director of the Cayman Islands Stock Exchange and a member of the Business Staffing Planning Board. He has also been a member of the Lions Club of Grand Cayman for more than 15 years.

Johann Moxam remains active as a champion for the people, demanding one standard applicable to all for accountability, whether rich or poor, for Caymanians and foreign investors alike. Mr. Moxam continues to advocate tirelessly against corruption and promoting investigations to fight corruption at every level of society. Above all, Moxam believes the country needs to develop a National Plan based on a shared vision for our collective future, with shared values and a plan that balances the needs of the people, the environment and the economy.