All forums will be streamed live to our Facebook or YouTube channels from 7:15pm to 9:30pm and posted to our website. Cayman Life TV, Government Information Services (GIS), Cayman Marl Road, ICCI-FM, and Radio Cayman will broadcast the forums. All forums will be posted to the Chamber website for constituents to view at any time.
If you missed the George Town West forum and would like to watch the full broadcast please click here
Wednesday, 31st March
7:15 - 9:30 p.m. 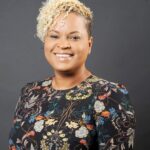 Pearlina McGaw-Lumsden is embarking on her third campaign for office, continuing to do what she has done for years – meet, connect, and listen to fellow Caymanians about their challenges and concerns, hopes and wishes for the Cayman Islands.

McGaw-Lumsden has a wealth of experience in the classroom, boardroom, and school of life. From private enterprise to non-profit service, from youth empowerment to women’s rights, she has a track record of service, action and impact.

McGaw-Lumsden is a graduate of the Cayman Islands High School and began her tertiary education with an associate’s degree from the International College of the Cayman Islands and was later awarded a scholarship to pursue a bachelors degree in accounting from Howard University in Washington, DC. Thereafter, she acquired a master’s degree in law from Bristol University in the United Kingdom and a masters degree in Sports Management from Southern New Hampshire University.

Over the course of her career, McGaw-Lumsden worked in the financial services industry and also as a lecturer at the International College of the Cayman Islands for Business Law and General Principles of Law.

She has also served as a board member for the Health Services Authority, National Roads Authority, Information and Communications Technology Authority, Education Council – Scholarship Secretariat, Water Authority Cayman, and the Immigration Appeals Tribunal.

McGaw-Lumsden is a board member of Generation Now, a youth empowerment program that provides, amongst other things, workshops on personal budgeting, scholarships, and professional development. 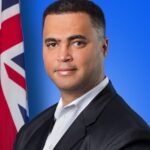 During his time in office he was responsible for numerous accomplishments, such as, but not limted to, Pension Withdrawal Amendment that enabled persons to invest money from their pensions to acquire a piece of land, use as deposit for their mortgage or pay off the balance of a mortgage;

Mr. Solomon was also responsible for the Construction of 87 Affordable Homes; the designation of certain categories of Jobs for Caymanians Only Amendment and Human Organ and Tissue Transplantation Law. 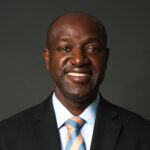 Kenrick Webster affectionately known as Webster, the son of Rosa Webster – Solomon (Ms. Rosa), was born in George Town, Grand Cayman on the 13th July, 1967. He was raised by his aunt who was a house wife, and his uncle who was a carpenter by trade. He grew up in the community of Breakers in the district of Bodden Town. As a child he participated in many community services, these services involve his school,  church and boy scout.

Webster graduated from the Cayman Islands High School in 1984 and was employed by the Royal Cayman Islands Police Service (R.C.I.P.S) as a Police Cadet. He was one of the first Cadets to go through regular police training and was assigned to the West Bay Police Station as a Cadet.

Eighteen months later, he was promoted to the rank of Constable where he advanced quickly. He later received a further promotion to Detective Constable and was assigned to Drugs Department where he was recognized as an outstanding Officer. During his tenure as a Police Officer (1984 to 1993), he attended several training courses locally and overseas, which included the US Coast Guard Maritime, United States Drug Enforcement Administration.

On the 26th October 1990, Webster received a commendation Award by the Commissioner of Police for his diligent work in solving the first bank robbery. Other notable achievements included working alongside Metro Dade K-9 officers for several weeks in order to apprehend escapees from Northward Prison.

During his final years at the R.C.I.P.S. he opened his own business; Webster’s Tours Ltd. After making the leap of faith as a civilian, he focused his attention on the growth of his business.

Webster has served on the Cayman Islands Government Public Transportation Board. He has also served as Director of Transportation for the Cayman Islands Tourism Association. Over the years, his company “Webster’s Tours Ltd.” has been recognized and awarded for the significant community contributions and outstanding customer service performance. He also supports many non-profit organizations which includes the Cancer Society, Flowers Sea Swim, JDRF which is an international organization that funds diabetes research.

Webster has awarded many sponsorships for education and continues sponsor lunch program for children. His commitment towards supporting long- life learning is also evident in his personal life, on the 28th November 2015, CICA International University and Seminary conferred upon him, the degree of Doctor of Philosophy humane letters Honoris Causa (Honorary Doctorate). On 22nd November 2018, he was awarded the Paul Harris Award by the Rotary Club of the Cayman Islands for his contribution to the Cayman Islands community.

Dr. Webster is the father of three children, two grandchildren and one godson. He is actively involved with the Red Bay Primary School and attends the Savannah United Church (Presbyterian Church). He is a philanthropist who has been giving back to the Cayman community since the 1990’s.

After many years of active involvement in the community and 30 successful years of managing his own business. Dr. Webster is seeking political office in the constituency of George Town West in the upcoming General Election on the 14th April 2021, therefore he humbly asks for your support.

The 3 top National Issues that I intend addressing if elected are.

The top constituency issues that I intend if elected are.

Links for the following social medias and manifesto: 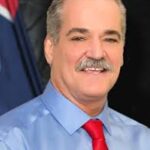 David has spent his working life in the private sector mostly in the retail industry. He is currently co-owner and co-manager of a large Service Station and brings years of private sector experience to his Public Service.

David was also a very successful sportsman representing his country for many years on the National Cricket Team. After retiring from playing cricket he was chosen as a selector for the National Cricket Team. He was invited and played cricket in the semi-pro Central Lancashire League in England. He was regularly invited and played for Melbourne Cricket Club, a top cricket league team in Jamaica, playing alongside and against International cricketers. David was very active in other sports such as football, tennis, table tennis and others.

David has been very active in his community for many years and has a deep knowledge and caring for Caymanian Society especially the George Town constituencies.