All forums will be streamed live to our Facebook or YouTube channels from 7:15pm to 9:30pm and posted to our website. Cayman Life TV, Government Information Services (GIS), Cayman Marl Road, ICCI-FM, and Radio Cayman will broadcast the forums. All forums will be posted to the Chamber website for constituents to view at any time.
If you missed the Prospect forum and would like to watch the full broadcast please click here
Wednesday, 10th March
7:15 - 9:30 p.m. 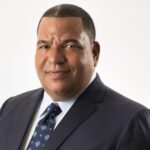 Austin Harris was born at George Town Hospital to parents, the late Austin “Bossie” Harris Sr., a Civil Servant for nearly 30 years with MRCU (Mosquito Research and Control Unit) and his wife, Rubenice (Ru-bee-neice) “Ruby” Harris, a beautician and owner of Ruby’s Beauty Salon.  He has two siblings, David Frederick and Robert Michael Harris and is the proud Father to a 15-year old son, Alexander Harris.

Austin attended Triple C School from K-12 graduating with academic scholars in Business Studies.  He later earned a Bachelors of Science in Finance and began his professional career in the financial services industry, first in Retail Banking and afterwards in Private Wealth Management, before changing careers entirely to a more community focused profession, namely Talk Radio.  For nearly 8 years, Austin Harris was host to the number one rated morning talk show “Cayman Crosstalk”.

It was from the experience gained in this vocation that lead Austin Harris to first be elected to Parliament in 2017 for the constituency of Prospect.  He would later join the Coalition Government of National Unity as first, Councilor, now Parliamentary Secretary for Employment, Border Control, Community Affairs, International Trade, Investment, Aviation & Maritime Affairs.

Austin is 48 years old and is seeking re-election to the constituency of Prospect as an Independent Member of the Progressive Lead Alliance Team.

1. Employment & Social Welfare; they go hand-in hand
2. A reduction the cost of living
3. Improving Traffic in the Cayman Islands

Austin Harris stands on a platform of (1)Cleaner, (2)Greener, (3) Safer Communities, (4) Improving Traffic in Prospect (it is both a National and Constituency issue) 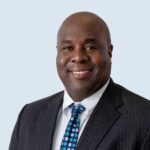 Michael was born and raised in Central George Town to Grace Myles.   His love for country started when he played youth football under influential mentors.  He represented our country at the national and international level for 20 years playing goalie on the national football team.  It was through football that he was able to gain a scholarship making college possible for him.  Michael graduated from Lindsay Wilson College in Columbia, Kentucky, USA with a Bachelors Degree in Social Work as the first person in his family to achieve this milestone.  He then returned to the island to embark on his calling to make a difference to those who need it most and to give the same hand up that he had been given.

For nearly thirty (30) years Michael has worked in roles focused on social development addressing issues related to family, youth, health and community.  Michael is well known for creating solutions and moving strategically forward when others wanted to continue to research, get reports or talk about the problem.

He began his career at the Department of Social Services as a Social Worker Intern in 1992 and then a Social Worker in 1995. Michael transitioned to the post of Team Leader at the Cayman Islands Marine Institute in 1997.

In 2003, Michael was appointed as the House Manager of the Bonaventure Boys Home. Michael assist in with the implementation of the Children and Youth Services Foundation (CAYS Foundation).  While at the home, Michael managed the restructuring which supported the return of all 16 boys to mainstream public schools.

Michael was instrumental with implementing vocational, apprenticeship therapeutic and social skills programmes for approximately 50 youth and their families throughout his 3 years at CAYS.

In 2010, Michael was appointed as Programme Coordinator, Liaison Officer-At Risk Youth at the Ministry of Education, Training and Employment to promote results focused team work among the many stakeholders of children and families.  Some highlights of his impact in that role are:

•  In 2010, he successfully implemented the Behaviour and Education Support Teams (BEST) in all government schools which have advocated for resources for over 600 of the public schools most vulnerable youth.
•  In 2011, he started by raising private sector funds of CI$200,000 and implemented the Extended After School Programmes in all government schools which provides quality structure, supervision and activities for over 1400 students in primary and secondary schools. You will now recognize this as the program managed by the YMCA.
•  In 2013, Michael successfully created the non-profit Youth Anti-Crime Trust (Youth ACT) which implemented the Youth Crime Prevention days in all secondary schools which have taught over 3000+ secondary students how to be responsible for their decisions and the consequences of crime.
•  In 2017, Michael successfully established the best practice programme, Stop Now and Plan in partnership with the Family Resource Centre.

Michael left government in 2017 and has played an integral role at Hope Academy as the Dean of Students ensuring students are thriving and is proud that Hope has consistently achieved ‘good’ ratings which is only held by only 23% of all public and private schools.

In February 2019, Michael established his own business, Inspire Cayman Training (ICT) Limited to improve the standards of Technical Vocational & Education Training (TVET) and vocational skills gap in the Cayman Islands. This was the only way he saw to get Caymanians the skills and certifications to fill more than 14,000 work permits held jobs in the trade fields.

ICT is one of two approved licensed TVET centres by the Cayman Islands Government’s Ministry of Education’s, Education Council.

Despite having access to curriculum, many interested students were unable to enroll as they lacked funding.  TVET programs are not currently eligible for Ministry of Education Scholarships.  Determined not to let funds be a barrier, In April 2020, Michael established the non profit, The Build Your Future Cayman and  he has raised over $100, 000 in scholarships for 40+ young Caymanians from the private sector.

And on top of all of that , Michael has since 2013 organized on a completely voluntary basis the non profit organization, Cayman Islands Skateboard association.  His goal was to clean up the park and make it a place where families and the community can safely gather as well as to be a training ground for Young Caymanians in jobs.  To date more than 7.000 people have enjoyed the park and over 25 Caymanians have learned job skills.

Michael is running because he has a proven track record of getting results for our people.

He lives in Prospect and is confident that he can make a difference through 5 Leadership Priorities of Education, Environment, Cost of Living, Healthcare and Equality.  He has no doubt that his mother, wife, 4 daughters and all Caymanians will hold him accountable for Caymanian Advancement and he is ready to lead the way to change.

Top national issues that he intends to address if elected:

•  I have 5 Leadership Priorities that I believe go hand in hand in ensuring Caymanian Advancement. They are: Education, Cost of Living, Healthcare, Environment and Equality.

Top constituency issues that he intends to address if elected:

•  Constituents in Prospect have shared these priorities and specifically focus on the Environment- flooding, sustainable development and traffic management. Cost of Living is a real challenge for people who’s income isn’t raising at the same rate of utilities and groceries. The cost of real estate has priced many young Caymanians out of the market. There is also a significant concern about Education and how we prepare our children to be competitive in our local economy so that they aren’t further left behind. 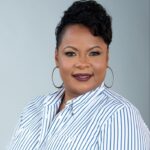 Sabrina Syms Fennell now Turner, grew up in central George Town on Elgin Avenue. She is CEO of Cayman Immigration Consultant Services Ltd… from 2006. She is a Notary Public for sixteen years, Prospect community resident for seventeen years and Leader of the Prospect Community Group for five years from 2015-2020.

Sabrina has worked in the medical field from 1990 – 1994, an employee of the Cayman Islands department of Immigration from 1994 in the capacities of Immigration Officer, Enforcement Officer and Assistant Secretary of the Caymanian Status and Permanent Residency Board, she was the Host of the talk show “Topical” on Vibe 98.9FM in 2009 and Host on Radio Cayman 89.9 FM Business Buzz from 2011.

Mrs. Turner is married and mother of two son’s and she enjoys community service, cooking and making a difference in all that she sets out to do.

Sabrina has chosen to run in the 2021 Elections because she is of the view that there is not enough female representation in Parliament. Her caring nature, her ability to bring a community together, be part of the solution and her proven track record of being a Team Player as a past Civil Servant, makes her a viable representative for Prospect and the Cayman Islands. In Parliament she will have a seat at the table and represent equal to our male counterparts, being the voice of the people/country in making Laws and Policies that are in the best interest of our country and the people.