All forums will be streamed live to our Facebook or YouTube channels from 7:15pm to 9:30pm and posted to our website. Cayman Life TV, Government Information Services (GIS), Cayman Marl Road, ICCI-FM, and Radio Cayman will broadcast the forums. All forums will be posted to the Chamber website for constituents to view at any time.
If you missed the Red Bay forum and would like to watch the full broadcast please click here
Monday, 15th March
7:15 - 9:30 p.m. 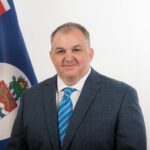 Samuel “Sammy” Jackson is a Caymanian born Attorney-at-Law with some twenty-seven years of law practice in the Cayman Islands. Sammy has experience in working in the Civil Service, where he worked for over 9 years, from 1989 – 1998, firstly as an Articled Clerk in the Judicial Department, then on secondment to several major departments including the Land Registry, General Registry, Labour Office, Legal Department and Royal Cayman Islands Police Service, for periods varying between 3 – 6 months in each department. In 1994, shortly after being called to the Cayman Bar, Sammy took up the post of Crown Counsel in the-then Legal Department, where he undertook a wide array of work, including criminal prosecutions and civil work such as advice to various Government Departments. During the latter part of his 4 ½ years at the Legal Department, Samuel was seconded to the Ministry of Planning to work as Counsel to advise the Ministry on matters relating to development and planning and during that tenure was instrumental in the creation of the Islands’ first Building Code in 1995 and the first ever island-wide amendment to the Development Plan in 1997, along with the commensurate amendments to the Development and Planning legislative framework. Sammy left the Legal Department in mid-1998 to form a local law firm, namely Samson- Murray-Jackson with two other Caymanian partners, where he engaged in a broad scope of domestic legal work for a wide range of clientele. That firm was dissolved by agreement in September 2004 and Sammy has worked in his own firm, now styled as “JacksonLaw”, ever since.

Over the past two decades of private practice Sammy’s focus has been on real estate, planning and administrative law. During his time at the private bar, Sammy has been contracted by the Government for a number of matters, including acting as Counsel on a few planning appeals, including representing the Department of Environment, and was appointed by the 2005-2009 Government as legal Counsel to the Government’s negotiating team tasked with renegotiating the CUC licenses and amending the relevant legislation. Sammy has also served two terms as legal adviser to the National Trust and has been involved in numerous legislative initiatives over the years and has been appointed to and served on the board of a number of statutory authorities, including the Immigration Appeals Tribunal, the Health Services Authority, the Planning Appeals Tribunal, the Electricity Regulation Authority and the Information and Communications Technology Authority, which he chaired for some two years. Sammy was also elected twice to the Executive Council of the now-dissolved Caymanian Bar Association.

Sammy is a founding member of the Association of Legal Practitioners and Advocates “ALPA”, which was created in early 2019 to represent and protect the interests of Caymanian sole practitioners and small Caymanian legal firms. Sammy has been from inception a member of the Executive Council of ALPA and is now serving as President. 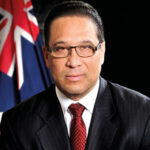 Premier of the Cayman Islands, Hon. Alden M. McLaughlin, was first elected to the Legislative Assembly in 2000 and has been a legislator ever since.

He served as the Minister of Education, Training, Employment, Youth, Sports and Culture from 2005-2009. For his contribution to constitutional development in the Cayman Islands, Her Majesty Queen Elizabeth II awarded him the M.B.E. in the Queen’s Birthday Honours in 2010.

In February 2011 he became Political Leader of the Progressives, of which he is a founding member. He was subsequently sworn in as Leader of the Opposition in the Legislative Assembly of the Cayman Islands.

He was named Premier following the General Elections of the Cayman Islands in May 2013, where the Progressives won the majority of seats. He served as Minister for Home Affairs, Health and Culture from 2013-2017.

He is the first Premier to serve consecutive terms in the Cayman Islands with his re-election in May 2017. He also serves as Minister for Employment, Border Control, Community Affairs, International Trade, Investment, Aviation and Maritime Affairs.

Mr. McLaughlin is a lawyer and a former partner in a local law firm. He retired from the firm in 2005, following his re-election and first appointment as a Cabinet Minister.

He retired from the firm in 2005, following his re-election and first appointment as a Cabinet Minister.

He is a past president of the Caymanian Bar Association and the Lions Club of Grand Cayman.

He is an avid reader, cyclist and farmer. Mr. McLaughlin is married to Kim and they have two sons Daegan and Caelan.