All forums will be streamed live to our Facebook or YouTube channels from 7:15pm to 9:30pm and posted to our website. Cayman Life TV, Government Information Services (GIS), Cayman Marl Road, ICCI-FM, and Radio Cayman will broadcast the forums. All forums will be posted to the Chamber website for constituents to view at any time.
If you missed the West Bay Central forum and would like to watch the full broadcast please click here
Monday, 22nd March
7:15 - 9:30 p.m. 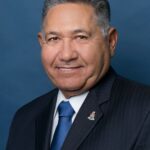 Born and raised in West Bay, Captain Eugene Ebanks is a businessman in the tourism industry and owner of Bayside Watersports.

A graduate of the American Institute of Aeronautics with his commercial pilot’s license, Captain Eugene also served in the US Merchant Marines for four years during the Vietnam War and has served as a Fisheries Officer and a Special Constable.  He holds a Captain’s license from the US Federal Aviation Administration and the US Coast Guard and is a member of the Cayman Islands Seafarer’s Association.

Captain Eugene flew commercially for Cayman Airways from 1976 to 1983 and was Captain of Her Majesty’s Queen Elizabeth II Yacht during her first visit to the Cayman Islands in 1983. 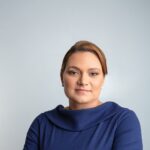 Katherine grew up in the heart of West Bay with her parents and three younger siblings, where her parents still live in their family home. She witnessed the struggles of poverty and a lack of opportunities in her community. Her mother put a strong emphasis on education, and Katherine worked hard, graduating from Triple C school in 1998. While considering her career options, Katherine worked as a flight attendant with the national airline, traveling and broadening her views. In 2010, Katherine began pursuing a legal career and studied at the Cayman Islands University College of the Cayman Islands, graduating with her  Paralegal Certification (ILEX). She began working as a legal secretary and worked her way up the corporate ladder by attending school while working. Katherine earned her L.LB from the University of Liverpool in 2015, completed the Professional Practice Course from Truman Bodden Law School in 2019 and she is now completing her on the job training, which is required in order to become a qualified attorney.  Katherine resigned from the Law Reform Commission in September 2020, and immediately began focusing on her plans for the 2021 General Election.

Community service and passion for Cayman are part of Katherine’s DNA. She is a founding director of the United Against Bullying Foundation, a non-profit organization which focuses on prevention and education of bullying behaviour and helped the foundation push for anti-bullying legislation, which has now been drafted. She is also a director of the Cayman Islands Youth Development Conhttps://www.caymanchamber.ky/wp-admin/users.phpsortium, which is a non-profit organization that supports at-risk youth.