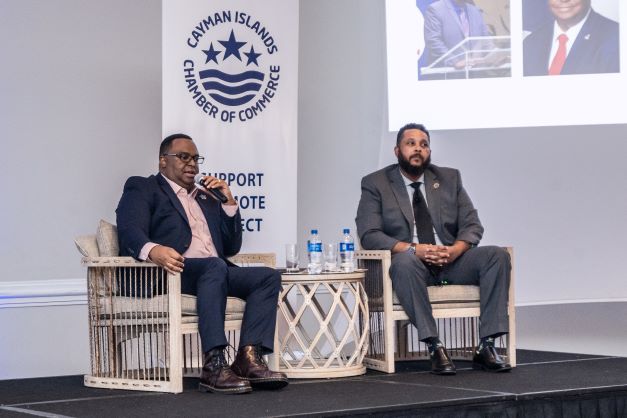 The Cayman Islands “must be a private sector driven economy,” was the take-home message from the Chamber Luncheon with the Deputy Premier.  Chamber of Commerce members and guests gathered on 19 October 2022 at the Marriot Beach Resort Cayman Islands.

The event was an opportunity for business leaders to meet with the Deputy Premier, who shared the PACT government’s vision of Cayman’s post covid economic recovery.  “Cayman Islands must be driven at the community level by the private sector if it is to be successful,” he said.

It was the three-tiered pattern of community first, followed by economy and then politics had transformed these islands from, “Scratch and thatch” to one of the financial powerhouses of the world, through an industrious 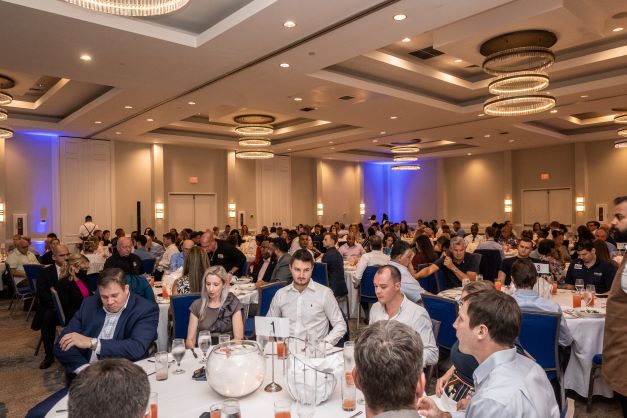 “never give up,” attitude. It was the PACT government’s aim, to get back to the same pattern moving forward, returning Government to their role as economic enabler rather than driver. “Our goal equal opportunities not equal outcomes,” he said.

Turning his attention to global inflation caused by covid induced disruption of the supply chain issues and exacerbated by the Russian/Ukrainian conflict. The Minister said that while inflation and a high cost of living remained a problem here, many other signs of post covid economic recovery looked good. One indicator was the low level of unemployment, at just 3 percent in total, which showed that the economy was moving in the right direction. Signs that both cruise and stayover tourism were making an excellent post-covid recovery, and construction, real estate and financial services were also doing very well.

But he sounded a note of warning about government overspending, saying that so far, revenues drawn from businesses had not been exceeded by government costs, but that it was imperative that we should find ourselves at a stage which crossed that particular line.

While the Minister emphasised the benefits ‘hands-off’ approach from the government, there were areas where intervention was justified, as was the case with the Government’s subsidy in fuel costs as a way of keeping the economy flowing. He also justified the Government’s move to make public school meals free, because Covid had shown that many children were “going to bed hungry”, and it was also an opportunity to ensure that children had a more nutritious diet.

In a departure from his prepared speech the Minister shared his desire to see taller buildings: “10 story buildings not going to work 20 or high as 30 stories,” he said, adding that they should be built away from the beaches.

During the question-and-answer session with Chamber President Shomari Scott, Minister Saunders answered a question from the floor by stressing his government’s commitment to supporting preschools, and had committed 2 million already.

Mr. Scott asked what the government was doing to streamline work permit applications so that businesses could be sure of the human resources they need. Minister Saunders responded by stating that part of the answer was moving to transacting applications online, which he believed was more efficient.

The Minister also supported inclusion, saying that ways needed to be found of helping disabled adults find work, thereby feeling valued and not left out. In answer to a question about permanent residency applications, the Minister said he favoured moving to a ‘meritocracy,’ which would allow for more middle class applicants the country needed, like nurses and teachers, and away from a wealth-based approach.

Chamber Vice President Joanne Lawson thanked Minister Saunders, and all the attendees who had supported the luncheon, along with the Marriott staff and personnel who worked hard behind the scenes to bring the event to life. The Chamber Luncheon is one of many events which aim to promote dialogue and advocacy in Cayman’s community.