Dissolution of Parliament and Early Elections 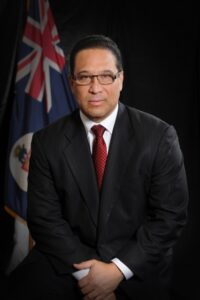 As Premier I consulted with His Excellency the Governor Martyn Roper earlier today and requested that pursuant to section 84 (2) of the Cayman Islands Constitution Order 2009 (as amended)  he issue a proclamation dissolving Parliament.

Despite the fact that the Parliament was due to be dissolved on the 29th March and no further meeting is being planned by the Government, the Opposition and others continue to press for the removal of the Speaker.  Currently, and for the second time, the Leader of the Opposition is circulating a letter seeking signatures of at least 7 Members to call a special meeting of the House to debate a motion of no confidence in the Speaker.  He has not yet obtained the requisite number of signatures, but it is plain that as long as Mr. Bush remains as Speaker, the controversy over his recent convictions will not abate.

The Unity Government, which I lead, is made up of 7 members of the Progressives Party, 3 Independents and 2 members of the CDP, which Mr. Bush leads. Mr. Bush has indicated repeatedly that he will not resign the post of Speaker and as I have said publicly on more than one occasion, I believe the forcible removal of Mr. Bush by the Government would threaten the stability of the Government. Were that to occur, it is almost certain that the Governor would be forced to dissolve the Parliament in any event.

A rancorous session of Parliament debating the no confidence motion may not end with the removal of Speaker Bush as some Opposition members may decline to vote in favour of the motion despite having signed a letter calling for a special meeting.  But it will create rancor in our community and likely amongst members of my Government. Without question it will be a massive distraction from the critically important work we are engaged in, which ranges from dealing with the COVID-19 pandemic and efforts at reopening the economy while keeping Cayman safe, to addressing the continued threat of EU blacklisting.

After careful consideration, I have therefore determined that it is in the best interest of the country for Parliament to be dissolved immediately, which will have the effect of vacating the seat of the Speaker.  Mr. Bush will no longer be the Speaker of the House and the country, by way of earlier elections, will determine who they wish to serve as their representatives – this includes the voters of West Bay West deciding whether they wish Mr. Bush to be re-elected to Parliament.