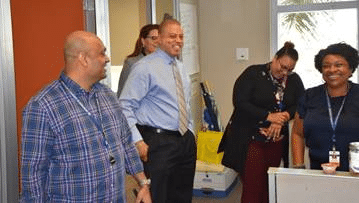 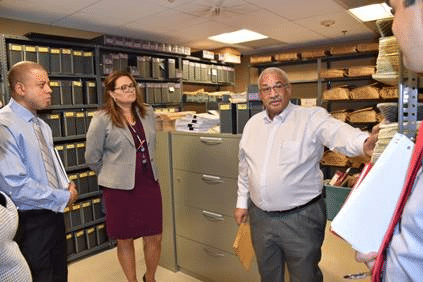 Under the Ministry of Financial Services and Commerce are the Department for International Tax Cooperation (DITC); the Department of Commerce and Investment (DCI); and General Registry, which concluded the series of meetings and office tours with the Minister and Parliamentary Secretary (PS) on 26 May.

‘These meetings were crucial, not only for being briefed on the current local and international regulatory landscape, which is fast-paced, but also for visualising the role these departments will play in future’, Minister Ebanks said.

During the General Registry meeting, Registrar General Cindy Jefferson-Bulgin and her team summarised the online systems that facilitate entity filings and collect beneficial ownership information, which is provided to local and international law enforcement authorities to aid with their investigations.

DITC Director Duncan Nicol discussed Cayman’s participation in global tax information exchange standards, including the Common Reporting Standard, which are part of the jurisdiction’s contributions to the international fight against tax evasion.