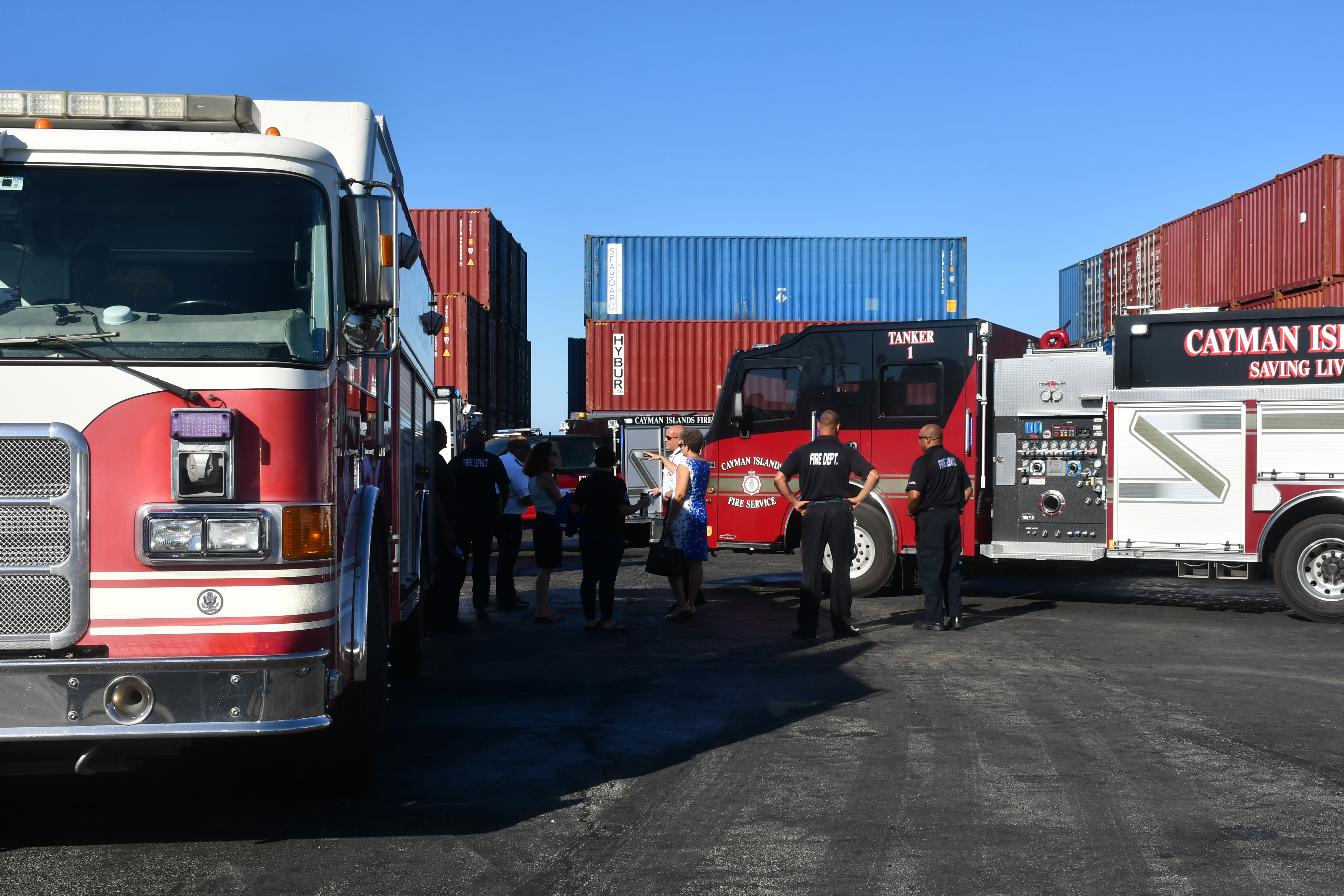 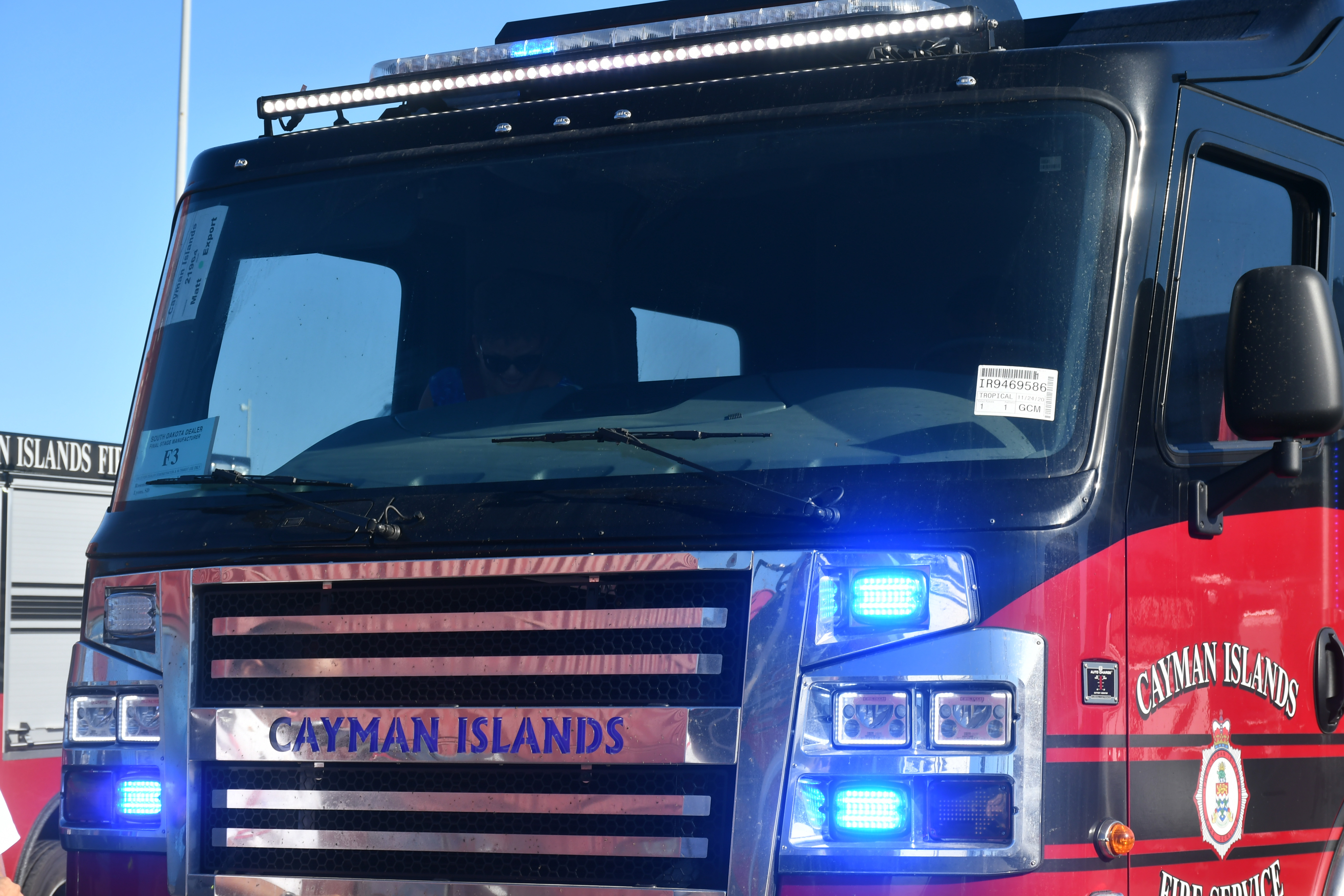 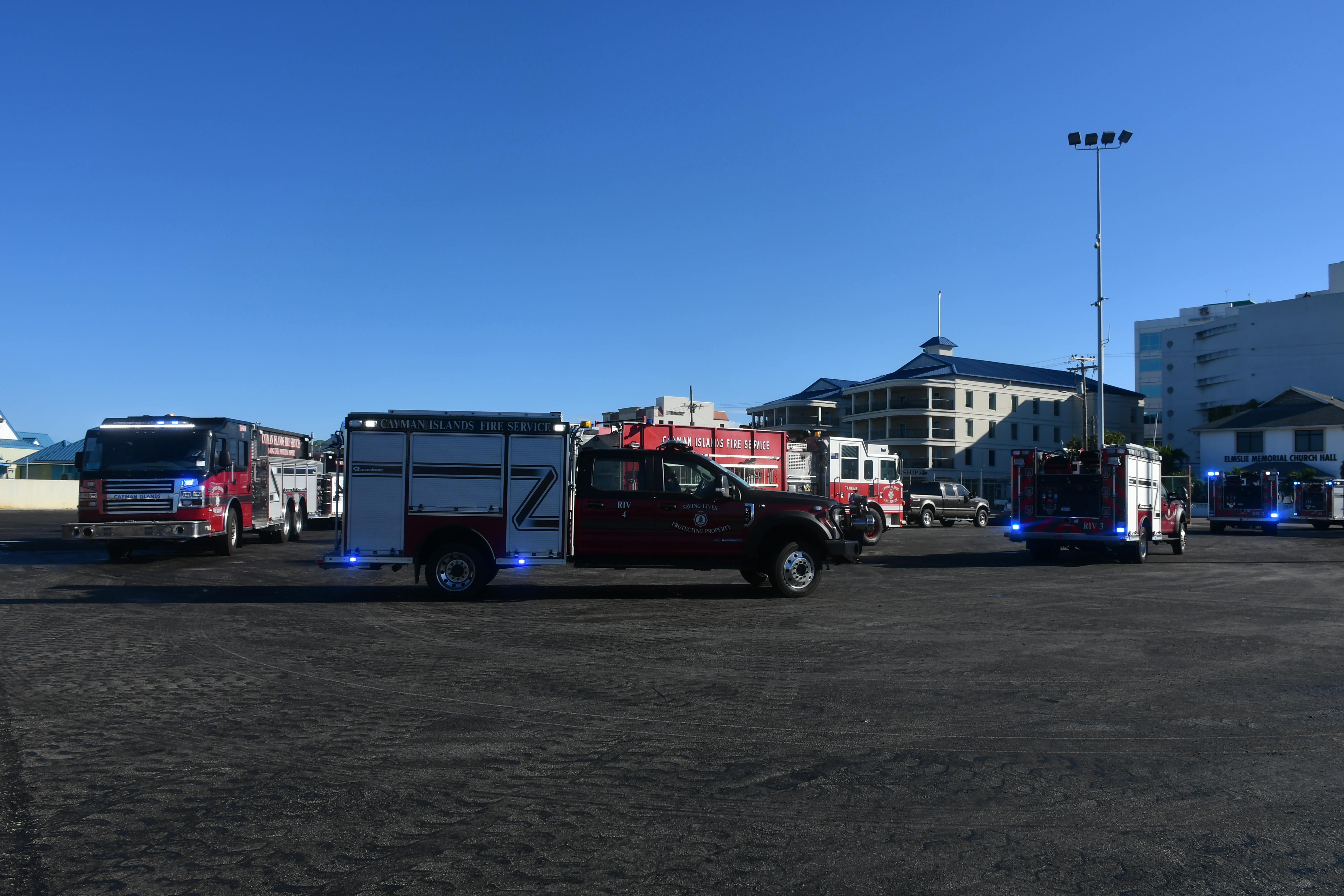 On Monday morning, 14 December 2020 Minister for Home Affairs, Hon. Tara Rivers, JP, and senior leaders from the Ministry and Fire Service joined in the convoy that transported the three tankers and four rapid intervention vehicles, from the Cayman Islands Port Authority to the Central Fire Station.

“Government has always recognised the value of ensuring that our Fire Service has state of the art equipment that it can use to make the necessary interventions that help to save lives,” said Minister Rivers. “Throughout the course of our term a number of significant capital investments have reflected the belief that the safety of our fire officers is essential to the well-being of the Cayman Islands.

Explaining that the previous tankers are being replaced after 13-15 years of service, Chief Fire Officer Paul Walker added that the new tankers were fitted with high pressure hose reels, improved pumping capabilities and revised locker layout for a quick and safe deployment of hose and equipment.

Chief Walker commented that the rapid intervention vehicles would prove quicker and more versatile on local roads which are often busy and sometimes narrow. As a result vehicles and crews would be able to arrive at incidents more quickly with sufficient fire and rescue equipment to deploy safely.

“Myself and CIFS colleagues are very grateful for this significant investment Government in these new fire and rescue vehicles. This will help us to improve our service and maintain the safety of residents, businesses and visitors to these beautiful Islands”, the Chief said.

One of the rapid intervention vehicles will be sent to Cayman Brac. Another tanker will also be ordered for that island next year.

The Cayman Islands Fire Service has already developed a disposal plan for the old vehicles, that includes: auctioning some vehicles to local bidders for parts, reallocating others for special jobs such as landfill fires, and resale to international bidders.

The replacement of the domestic fleet follows the upgrade of the aviation fleet in September of this year at a cost of USD3.476 million.