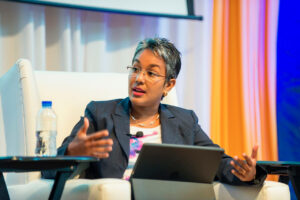 “It was important for us to reach out to Dukharan, someone who could provide an impartial assessment of the project,” explained Charlie Kirkconnell, CEC’s Chief Executive Officer. “Dukharan’s comprehensive report reaffirms the immense value CEC has brought and will continue to bring to the local and global marketplace.”

The independent assessment outlines why and how the CEC development project impacts the Cayman Islands economy and key findings include:

“The level of transparency demonstrates CEC’s commitment to proper Governance and the socioeconomic progress of the Cayman Islands,” the report by Dukharan reads. “This clearly demonstrates your capacity as Caymanians to innovate and diversify your economic base, create resilience, and continue to distinguish your jurisdiction as world-class. As a Cayman-bred project, this is a remarkable affirmation of the immense value you have to offer in the global marketplace and your unlimited capacity as Caymanians to put your own ingenuity in service to creating a better future.”

The report concludes with recommendations for policy reform and emphasises a need for further job creation for Caymanians in a post-COVID environment. “CEC is committed to actively promoting inward investment and economic diversification in a manner that is sustainable for the environment and the Caymanian way of life,” said Kirkconnell. “Our mission is to further drive the creation of a high-growth knowledge-based economy by bringing diversity to Cayman’s industry mix, fostering knowledge-transfer, and keeping the Cayman Islands a highly competitive jurisdiction.”

For more information about CEC visit www.caymanenterprisecity.com and to download a copy of the Economic Impact Assessment (click here).