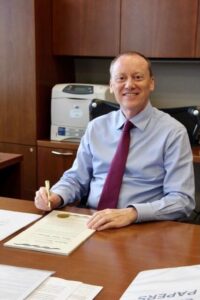 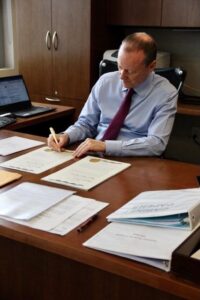 Following the decision to bring forward the date of the General Election to Wednesday, 14 April 2021, His Excellency the Governor, Martyn Roper yesterday (Monday, 15 February 2021) issued updated writs to the Returning Officers and Deputy Returning Officers.

“Despite the earlier than expected election this year, I have full confidence that the Returning Officers, Deputy Returning Officers as well as the team at the Elections Office will have all the necessary measures and training in place to hold a free and fair election on Wednesday, 14 April. The Cayman Islands has a long history of upholding international best practices for elections and this year will be no different,” said Mr. Roper.

Returning Officers are responsible for the organisation and conduct of elections in their respective districts. Writs are the documents the Governor issues to the Returning Officers commanding them to conduct an election in accordance with Section 28 of the Elections Law (2021 Revision).

These writs will be returned to the Governor following the election with the name of the candidate who has been elected to serve in that electoral district.

Writs were initially issued on Wednesday, 9 December for the previous General Election date, which had been set for May.

The remaining election activities are outlined below.

A list of the 19 Returning Officers and the electoral districts are listed below.