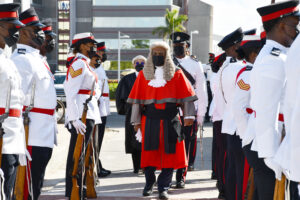 Following a ceremonial inspection of an honour guard by an RCIPS contingent, the Chief Justice, Hon. Anthony Smellie, QC, accepted a motion today to formally open the Grand Court of the Cayman Islands. 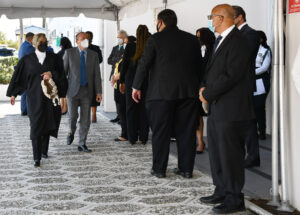 presentations, all of which were live-streamed for the first time in deference to COVID-19 protocols.

It was also mentioned that this might be the last formal opening for the Chief Justice who, after taking office in 1998, is currently the longest serving Chief Justice in the Cayman Islands and is scheduled to retire in the last quarter of 2022. 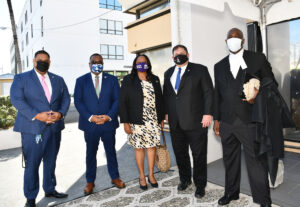 Eventually, all of the presentations will be posted on to the www.judicial.ky website. Meantime, they can be viewed, along with all of the broadcast on the CIGTV channel on YouTube at http://bit.ly/2CqD1b5.