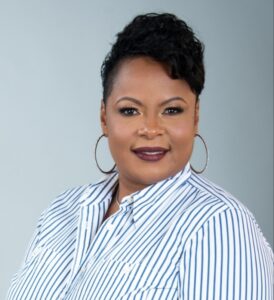 Newly appointed Minister of Health & Wellness, Hon. Sabrina Turner has toured a number of departments under her Ministry and met with staff members over the last several weeks.

Ms Turner is the first woman to be elected to represent the constituency of Prospect. She is also the first female Minister to lead the Ministry of Health for the Cayman Islands Government.

Guided through each facility by the respective heads of department Minister Turner’s visits included; Department of Health Regulatory Services (DHRS), Department of Environmental Health (DEH), the Department of Counselling Services (DCS), which houses the Family Resource Center (FRC), and Caribbean Haven under its remit, and then on to the Mosquito Research and Control Unit (MRCU).

On the second phase of her tour she spent time touring an array of departments at the Health Services Authority (HSA) – a heartfelt moment for the Minister who began her very own career there as a nurse (LPN).

Her tours included a trip to Cayman Brac where she filled her time visiting with teams at Faith Hospital, DEH and MRCU.

Closing out her visits was a trip to the National Drug Council (NDC).

“It was very important for me to go out to meet with and talk to the staff who work so hard to support the Ministry”, said Hon Minister Sabrina Turner, MP.

Minister Turner, who addressed all staff as the “ladies and gentlemen” of the Ministry, took the extra step to really drive home the importance of wellness.

“I wanted each and every one of them to know that I respect what they bring to the team and that I will work to ensure they are resourced, supported, have their issues taken seriously and that they all benefit from healthy working environments – all conducive to the world class civil service promise,” she added.

Minister Turner, at the end of her tour, noted how welcomed she felt and honoured to be working with such a strong and dedicated team of Civil Servants.

“I was impressed with the level of ingenuity amongst the various teams, as well as their level of dedication to serving the public,” she stated.

The Minister was accompanied on the tours by Acting Chief Officer Nellie Pouchie and others members of the Ministerial team.