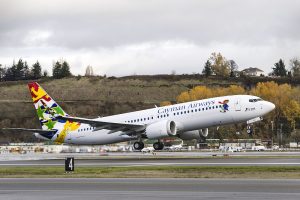 The Ministry of Tourism has today announced that travellers can now book their reservations for Cayman Airways (CAL) new service to Los Angeles International Airport (LAX) in California. In celebration of the launch Cayman Airways is offering an enticing special roundtrip introductory fare for travel booked by 8 August, 2022.

“I am thrilled that Cayman Airways is entering the market with a solid introductory offer,” said Hon. Kenneth Bryan, Minister for Tourism and Transport. “Since this new route to the City of Angels was announced, there has been tremendous interest particularly by the tourism and business communities. I am confident that both the service and the competitive fares will be well received and I encourage travellers to book early to ensure availability,” he added.

As well as playing an import role in stimulating stayover visitation from the Western corridor of the United States, this route will also enhance air connectivity for persons travelling to and from South East Asia, making the Cayman Islands more accessible to other markets.

In addition, the LAX service provides a bridge between Cayman and one of the largest film hubs in the world – making it easier for LA-based production companies to utilise the Cayman Islands strengths as a premier location for film, television, music video, photoshoots, and advertising productions.

“It has been a long-time goal to connect the Cayman Islands with our friends on the West Coast, and now that we are able to offer long-haul flights via Cayman Airways, I am looking forward to showcasing all that our islands have to offer with a whole new audience,” the Minister said.

“We are thrilled that our national flag carrier Cayman Airways is making it even easier for West Coast travelers to discover our renowned beaches, legendary dive waters, world-class restaurants, andwelcoming community,” expressed Mrs. Rosa Harris, Director of Tourism for the Cayman Islands. “Our world-class restaurants are open to foodies, the clear turquoise waters are ready to be explored by scuba divers and snorkelers, and our local community is eager to welcome new friends with open arms.”

The Cayman Airways Los Angeles route will operate year-round once-weekly service from GCM to LAX on Saturdays and returning from LAX to GCM on Sundays. For further details and to book a reservation, visit www.caymanairways.com or call Cayman Airways Reservations on 949-2311.