The Ministry of Home Affairs is pleased to announce the appointment of Melissa Rivas and Erica Ebanks to the posts of Acting Director and Acting Deputy Director in the Department of Community Rehabilitation (DCR).

DCR is responsible for providing thorough reports, risk assessments, intervention programs, quality supervision, and rehabilitation of offenders in the community and institutions as mandated by the Courts and Conditional Release Board.

Working in partnership with various agencies, it additionally coordinates the rehabilitation of offenders, while reducing the occurrence of re-offending, provides victim support services, and protects the wider public and community.

Speaking to the appointments, Home Affairs Acting Chief Officer Michael Ebanks said, “These appointments highlight our continued commitment to nurturing homegrown talent. I look forward to working with Acting Director Rivas and Acting Deputy Director Ebanks to further the policies of the Ministry and support our wider community.” 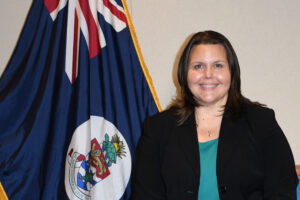 Prior to her current appointment, Ms Rivas served as the Senior Probation Officer (SPO) for Specialised Services in the Department. In that role, she was responsible for leading the implementation of that new departmental team. The team, while merging two existing teams: namely Domestic Violence and Mental Health Offender Management, also led to the formation of the Intensive Supervision Team.

Serving in the substantive post as an SPO for Specialised Services, Ms Rivas supported the department as its Acting Deputy Director until her appointment to that position in 2019. Working with Director Lisa Malice, she supported the former’s departmental operational and strategic oversight. This included working on the budget process, policy, and organisational best practices.

Ms Rivas graduated from the University of North Florida, earning a Bachelor of Arts in English, minoring in Sociology and History. Public service was an early career choice for the DCR Acting Director. Before attending graduate school at the Florida Metropolitan University, she interned with Family Resource Centre, and the-then Ministry of Education, Youth, Sports, and Culture; and was a data collector for the Gender Socialisation, Violence, and School Research Project.

An honours graduate with a master of science in criminal justice degree, while studying Ms Rivas also certified as a Domestic Violence Victim Advocate. As a Case Manager, she gained a wealth of experience combining theoretical and practical knowledge in supporting public and victim safety. She also successfully established the first Probation Officer post for Domestic Violence Intervention Services, which is a specialised service.

Commenting on her recent Acting Director Appointment Ms Rivas added “I am proud to be a civil servant and to work alongside the DCR Staff as we strive to make the lives of those we serve better, by being a leading organisation in the field of offender management. I am therefore humbled by the support and confidence offered by the Ministry of Home Affairs and DCR Director Mrs. Malice to have the opportunity to support our team as the DCR as Acting Director. 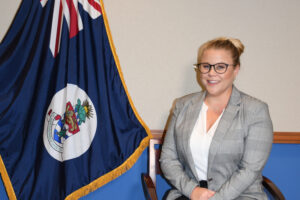 “I also intend to remain steadfast in my commitment to supporting the staff of the DCR, including Acting Deputy Director Ms Ebanks, so that they can continue to excel in their daily contributions to public safety.”

Erica Ebanks joined the Department of Community Rehabilitation as a full-time employee in 2011. She received her Bachelor of Science degree in Psychology, with a minor in Criminal Justice, and later earned a Master’s degree in Psychology. During this time, she worked as an intern in DCR on summer vacations, joining full-time in September 2011.

Her starting position was as a Probation Officer Graduate and in May 2012 she moved into the position of Probation Officer. Ms Ebanks has worked across different areas within the department, including: the General Court Team; the Specialised Services Team, including Drug Court; and the Through and After-care team. She was promoted to Senior Probation Officer in March 2017.

Ms Ebanks has a passion for rehabilitation and a keen interest in offender management.

Following her appointment, she said: “I am deeply honoured to be recognised by the Department and the Ministry. I look forward to working with the team within DCR and the Ministry in my capacity as Acting Deputy Director.”