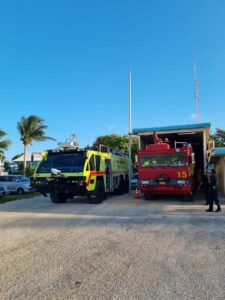 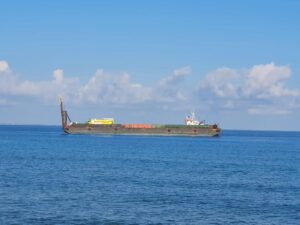 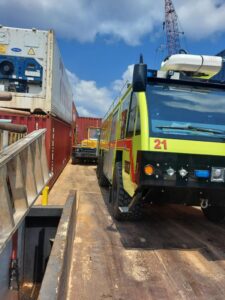 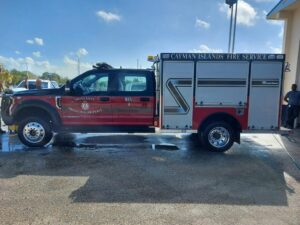 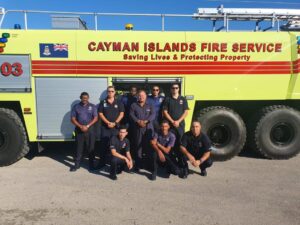 As part of the government’s broader strategy to modernise the Cayman Islands Fire Service (CIFS), Cayman Brac and Little Cayman fire stations are benefiting from new equipment and facilities.

“From the beginning, this administration prioritised investment in the Fire Service to ensure that it was well equipped to provide world class, safe and effective fire-fighting services to our communities, and that the officers undertaking these activities were protected by the proper gear,” commented the Minister for Home Affairs, Hon. Tara Rivers.

“Significant progress has been made on the Vehicle Replacement Strategy which has resulted in the addition of ten state-of-the-art vehicles to date to the fleet. A programme of renovations and upgrades to the fire stations has also been implemented and the service-wide approach that has been taken by the Chief and his senior team with both of these critical projects, has ensured the inclusion of Cayman Brac and Little Cayman.”

Earlier this month one of the three new Oshkosh Striker aviation fire and rescue trucks was shipped over to Cayman Brac, where it will operate at the Charles Kirkconnell International Airport (CKIA).

This has enabled the fire truck previously in service at CKIA to be relocated to Little Cayman to replace an older model that has been taken out of service. This interim measure will remain in place until two dual-purpose domestic and aviation fire trucks are procured, manufactured and delivered to Little Cayman in 2022.

“The vehicle replacement strategy also included the procurement of two further Oshkosh Strikers to support operations at CKIA. By relocating one of the three already on-island, we are able to advance familiarisation and operator training for colleagues working in Cayman Brac as well as improve our operational fire and rescue capabilities on both our Sister Islands.”

In support of the expansion to Owen Roberts International Airport, two new Oshkosh Strikers are currently on order, one fitted with high reach extendable turret technology to improve the response to incidents involving larger aircraft. Delivery of these appliances is expected later this year.

In addition, the CIFS’ senior team worked closely with the Ministry of Financial Services and Home Affairs and the Public Works Department (PWD) and obtained approval of a business case which outlined building improvements, renovations and new facilities at their Cayman Brac fire station site.

The project has gone out to public tender this week and the various works are expected to be completed later this year.

One of the project’s aims is to refurbish and extend the fire truck parking bays with a view to improving security between the domestic and airside fire and rescue operations. The project will also deliver a number of other improvements which will result in a more modern station that supports efficient and effective operations, including the creation of a fit-for-purpose facility to maintain and service the vehicle fleet.

The refurbishment of a house adjacent to the fire station will also provide accommodation to enable increased rotation of crews to support further development and training.

Deputy Chief Fire Officer and lead officer for the project, Brevan Elliot said “This is welcome news for my fire and rescue colleagues working in our Sister Islands, as well as residents, businesses and visitors to Cayman Brac. When these much-needed upgrades are completed, they will see their fire and rescue service operate from vastly improved facilities that will serve local communities on the Brac for years to come. Our investment in new vehicles and equipment combined with our focus on ensuring competent and professional crews that can deploy using safe systems of work, clearly demonstrate that the CIFS is committed to enhancing public safety and managing risk from fire and rescue related incidents across our Sister Islands.”