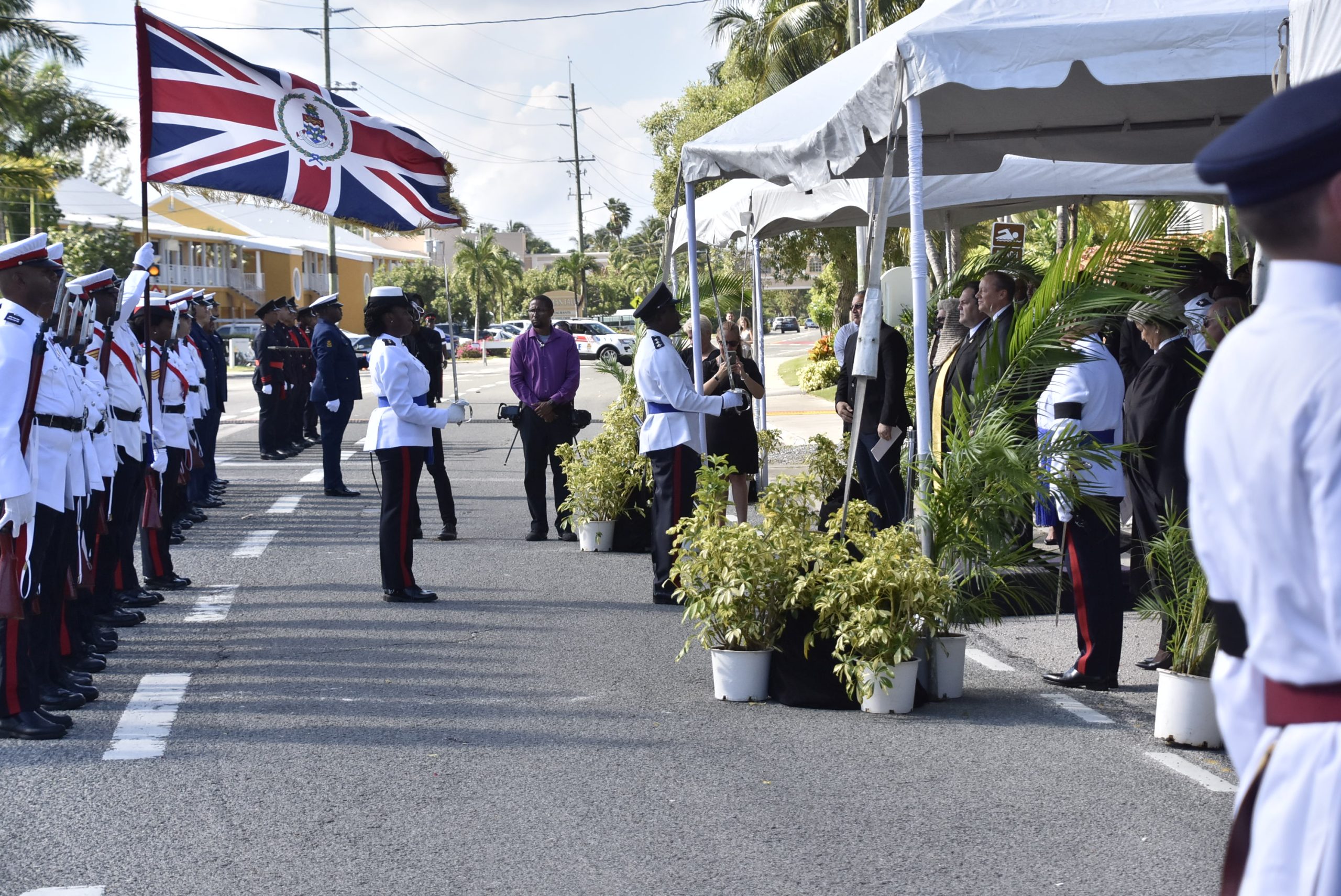 After the official parade containing contingents of all Cayman’s uniformed services, Government officials including the Premier, Hon. Wayne Panton, and Leader of the Opposition, Hon. Roy McTaggart took their places as Governor Roper began:

“Whereas it has pleased Almighty God to call to His Mercy our late Sovereign Lady Queen Elizabeth the Second of Blessed and Glorious Memory, by whose Decease the Crown has solely and rightfully come to The Prince Charles Philip Arthur George: I, Martyn Keith Roper, Governor of the Cayman Islands, do now hereby with one voice and consent of tongue and heart, publish and proclaim that the Prince Charles Phillip Arthur George, is now by the death of our late Sovereign of Happy Memory, become our only lawful and rightful Liege Lord, Charles the Third, by the Grace of God of the United Kingdom of Great Britain and Northern Ireland, and of his other realms and territories, King, Head of the Commonwealth, Defender of the Faith to whom we do acknowledge all faith and obedience.”

Following the Royal Salute, the Governor said, “God Save the King.” There was a 21-gun salute, and then the Governor led everyone in giving three cheers for his majesty.

The proclamation ceremony followed similar ceremonies which had taken place in Commonwealth countries and British overseas territories across the world.