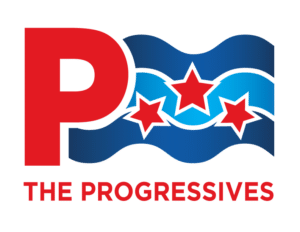 My fellow Caymanians and Residents alike, as I planned last evening to make this statement to respond to the government’s press briefing, I did not expect that the country would wake up this morning to the news that the Health Services Authority and Public Health are investigating a possible case of community spread of COVID 19.

We await further news from the government, once full testing is complete, as to whether the individual is indeed COVID 19 positive.  I hope that the testing is negative, and this case turns out to not be COVID 19 related.

If the testing indicates that this is a case of community spread of COVID 19, then I pray that the individual recovers quickly and that the HSA staff, and all the families now in isolation, remain safe from the disease.  And I pray too that we can quickly come to grips with what will be a serious situation. Depending on the outcome of the testing, I may have more to say on this matter tomorrow.

This is an appropriate moment to remind ourselves of the important work that those in the health sector provide to our entire community to keep us safe and healthy.  I know that we all thank them for their hard work and dedication.

As we know, yesterday, on September 8th, the government held a press briefing to update the country on their re-opening plan. The Premier confirmed that the PACT government was proceeding to phase three of their plan today, September 9th.  This allows tourists who are verified as being vaccinated to enter the Cayman Islands, provided they have tested negative for COVID 19, as required under the public health regulations, prior to their arrival.  It also requires that they quarantine for five days, and to do a COVID 19 PCR test before entering the community.

Before I continue, let me say again, as I did following the Government’s June press conference announcing a five-day quarantine as part of their re-opening plan, that such a short quarantine period does not give us sufficient protection given that the virus has an incubation period of about 14 days. The Delta and MU variants make this situation worse, and this should be reconsidered. When in government, we agreed to 10-day quarantine but no shorter.  In addition, doing away with the GPS wristbands for those quarantining at home should also be reconsidered.

The Premier also went on to say yesterday, in summary, that they were proceeding on the basis that phase 4 of the re-opening plan, set for October 14th, would occur. However, the Premier also said that nothing was fixed, and their position could change on whether or not to open in October, depending on what was happening around us and the potential level of increased risk.  I suspect that if we do have community spread that they may be forced to make a decision not to proceed.

The Premier also recognised the concern that has been spreading in the community regarding opening up in October, and he went on to acknowledge the increased likelihood that we could get community spread if we did open up as planned.  Lastly, he noted that the government was not holding fast to the requirement to vaccinate 80% of the population but only ‘as many as possible’. I am not alarmed by this because, if we look at what the ESO still has as their official estimated population number, about 66,000 people, then we have already achieved about 76% of our population being protected with a second dose of the vaccine.  I was happy to hear that some 230 people came forward on Tuesday this week for their first jab.  I hope that these numbers will continue and I encourage more of our people to get vaccinated.

I agree with the Premier that there is increased concern across all three Islands regarding opening up on October 14th.  Concern that has been heightened in the view of many in our community because of the government’s own general failure to update the country regularly and timely and to give comfort to the public that the government had the situation in hand.   Recent comments from a Minister about scare tactics, now known to have been untrue, has also not helped the element of trust.

I was pleased then to hear the Premier confirm that going forward, he would provide more regular updates to the public via a weekly press briefing. This is a positive step, and I commend the government on this – better late than never.

I was struck, though, by a few unnecessary off-hand comments of the Premier toward the Opposition members, especially towards the former Premier.  Comments that are unwarranted and baseless.

Premier Panton inferred that we in the Opposition were a part of an undercurrent of political interference, and we are trying to distract his government in their endeavours to protect the country.  I will say to the Premier that his inference directed at the members of the Opposition is wrong.  This Opposition is not in the business of distracting the government – we are in the business of correcting the government and protecting the people of these Islands where we believe the government is failing.  We are the government that took this country through the dark days of lockdown, and we understand better than most the seriousness of this disease and our obligation to assist this government where we can on matters that benefit the country and to point out where they are going wrong.

Neither Premier Panton nor anyone in his government cares more about the people of these Islands than Roy McTaggart or any member of the Opposition. We, too, are sons and daughters of this soil. We will support the government where we agree and where we do not, we will say so. That is our sworn obligation.

The first time I and my colleagues in the Opposition addressed the public on border re-opening was on June 15th.  This was after waiting for some fifty days after the government was sworn in for them to come forward and tell the country what their thoughts and plans were on re-opening.  We outlined our thoughts on opening the border and protecting our tourism industry and urged the government to advise the public that week as to their plans.  Having pressed them, the government did indeed come forward to outline their re-opening plan.

However, any plans made a few months ago, whether by the Government or the Opposition, must be re-examined in the light of the changing environment.  A mere three months ago, the US was seeing increasing vaccinations and greatly decreased infections rates.  The scientists were saying that the Pfizer vaccine was very effective against the then-new Delta variant.

All of that has now changed, and the US is seeing hugely increased infection rates with slowed vaccination rates. In addition, we now know that whilst the Pfizer vaccine is effective against the Delta and MU variants, its protection drops away over time, and the efficacy rate may be lower. Add to this the likelihood that many in our community, especially the elderly who were vaccinated early on, will need to have a booster shot before we re-open the border.  This is so we can keep our most vulnerable safe as we open up.  The environment has changed since June, and there is a strong argument that we should look again at what is the appropriate time to open up to allow ourselves the best chance of succeeding.

So where are we now? Even putting aside, for now, the possibility that we may have community spread, as I have stated, the environment has changed since the Opposition and The government first discussed our thoughts on re-opening.  Our vaccination rates are good and heading in the right direction.  We now await word from the UK on access to booster shots as well as whether it is safe to vaccinate children under 12 years old. I am hoping that the Governor is correct, and we may hear next week about a booster programme.

We will continue to support the government’s call for people to get vaccinated.  That has been our rallying cry since the start of this year when the then Premier, Hon Alden McLaughlin, the Governor, myself and the majority of our government save one received both jabs – thus leading from the front and importantly leading early on.

I intend to write to Public Health and to request that the Opposition receive a regular update on the thinking of public health on the trends that they are seeing regarding Covid 19 and the variants – this will assist us to better understand the risks and help us make better-informed decisions and views on how best to support the government and what is needed to protect our people and to re-open safely. To date, the government has not provided us with any updates or kept us informed of upcoming changes.  When we were in government, we made a concerted effort to keep the Opposition Leader updated.

We will await the government’s next press conference to see whether they are any closer to a decision on a re-opening, but till then, I urge the government to give careful thought to whether it would not be prudent to hold back on re-opening for now.  Of course, this may be a moot point if we do have community spread.

Before closing, I do ask that we all pray that God provides wisdom to the government with the decisions that they will need to make. And I pray that Almighty God continues to keep our people safe and to bless our beloved Cayman Islands.