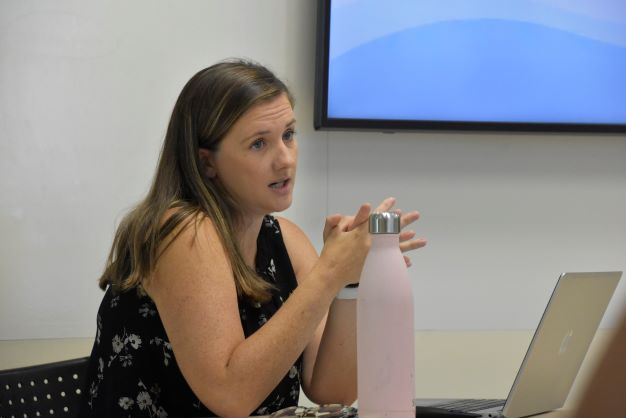 The Chamber’s Lunch & Learn with Inclusion Cayman was a great opportunity for members to find out how employing a person with a disability can benefit their business.

Ms. Currie stressed that her organisation was interested in ‘real’ jobs, paid at the same or an equivalent rate as someone without a disability, and that it wasn’t trying to 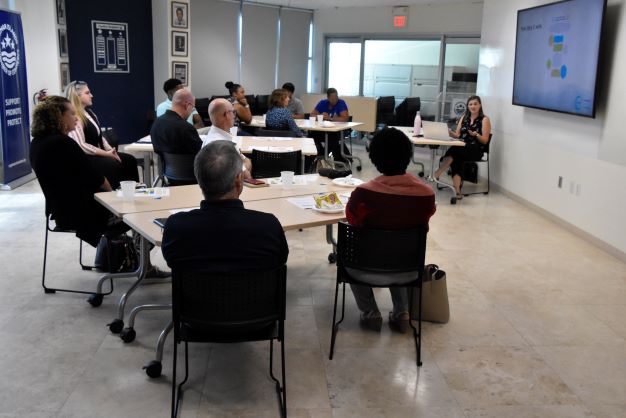 promote charity or tokenism. “We’ve created seven jobs since 2021 in the community,” she said. As more businesses see how well it works in practice, so more are getting on board. The organisation is keen to reach out to employers, answering their questions and working alongside them accommodate individuals with disabilities.

Another misconception is that it would take much longer to train someone with a disability, and be a drain on resources. “That’s a myth too because we look at matching an individual to a job that they would be successful with from the beginning. For example, if someone has never used a computer before we’re not going to put them in a position where they have to use a computer,” Ms. Currie explained. “Persons with disabilities add immense value to places.”

One of the Lunch & Learn attendees who can attest to that fact is Chamber President-Elect, Nelson Dilbert, who has been employing Matthew, a client of Sunrise Adult Training Centre, at the Cayman Spirits Company: “He’s so focused in what he needs to do that he actually puts the other staff to shame sometimes, so that other people are using his lead or his energy to keep people focused. I’d say we’ve increased the productivity of our company quite a bit since Matthew’s joined the team, and the support that we get from Sunrise Training Centre is just fantastic. So it’s really an amazing opportunity to get somebody of that type to come into your business,” he said.