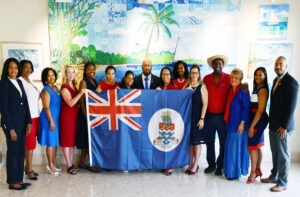 The Minister responsible for Youth and Sports, Hon. Bernie Bush thanked the Cayman Islands Olympic delegation before the close of the Tokyo Games.

“Like many Caymanians, I was so incredibly proud of how Jillian Crooks, Brett Fraser, Kemar Hyman, Raegan Rutty and Shalysa Wray represented the Cayman Islands during Tokyo 2020,” said Minister Bush. 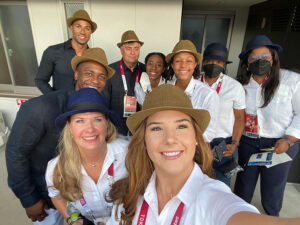 “Each gave thrilling performances, which were exciting to watch at the most prestigious athletic event in five years. These were a highly unusual games, which the pandemic not only delayed by a year but which also denied many athletes the opportunity to compete in front of one of the largest live audiences in the world. I look forward to meeting each of the delegates in due course to hear their Olympic stories and express my appreciation personally.”

“I must also thank the Cayman Islands Olympic Committee for its administrative stewardship of Team Cayman before, during, and after the Tokyo Games,” he added.

As well as showcasing the growing talents of Cayman’s younger Olympians, the XXXII Games were notable for the spirited performances of Team Cayman.

Additionally, Cayman’s three-time Olympians – Brett Fraser and Kemar Hyman  had notable races, with the 50m freestyle swimmer coming in a hair’s breadth slower than his 2011 best time of 22.41s; while the 100m sprinter clocked a creditable 10.41s given that he was suffering bronchial symptoms.

Minister Bush also noted that the first-time Olympians gained invaluable experience in top-flight competition, which will help them prepare for the 2021 Junior Pan American Games in November.

The XXXIII OIympic Games will take place in Paris in 2024.