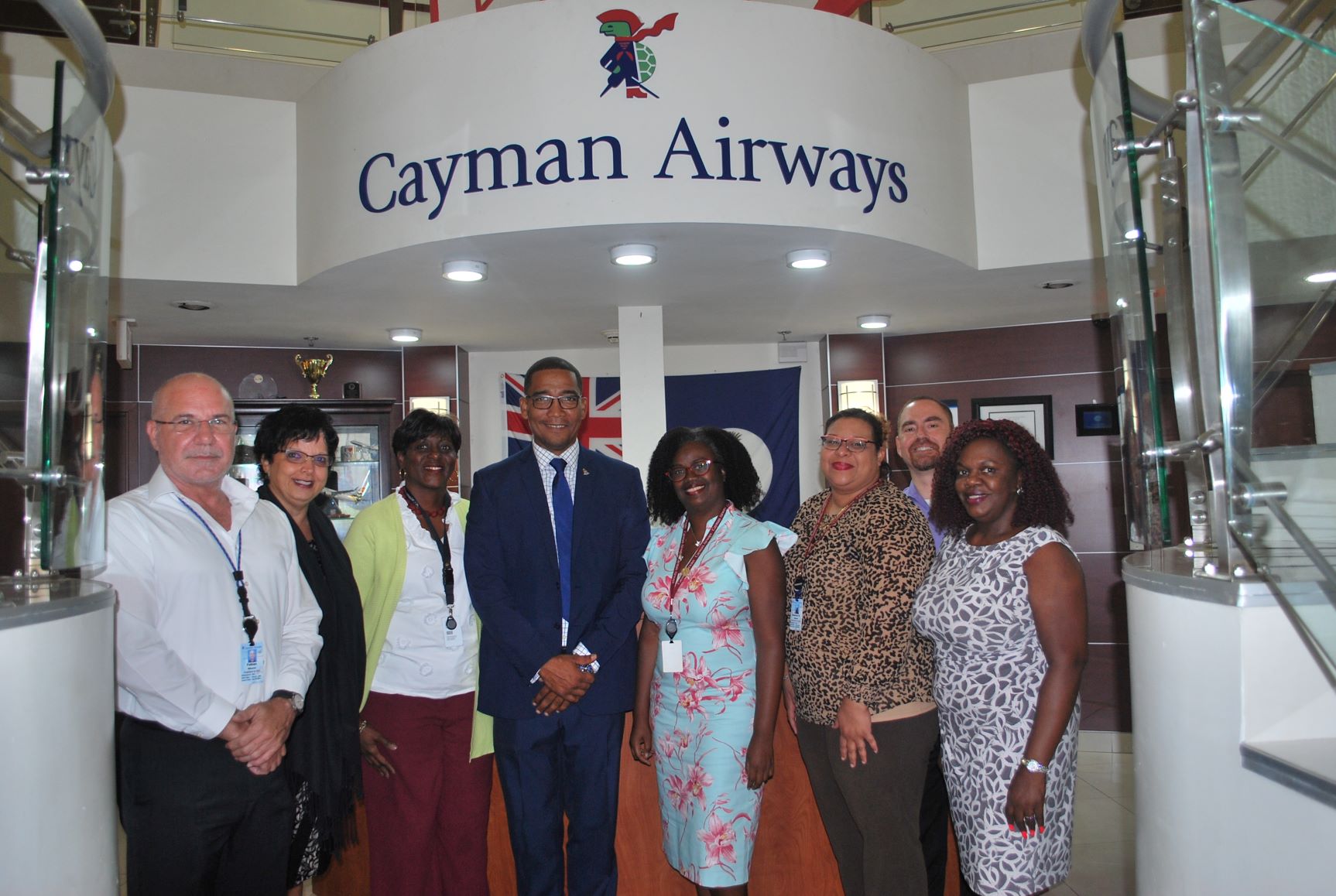 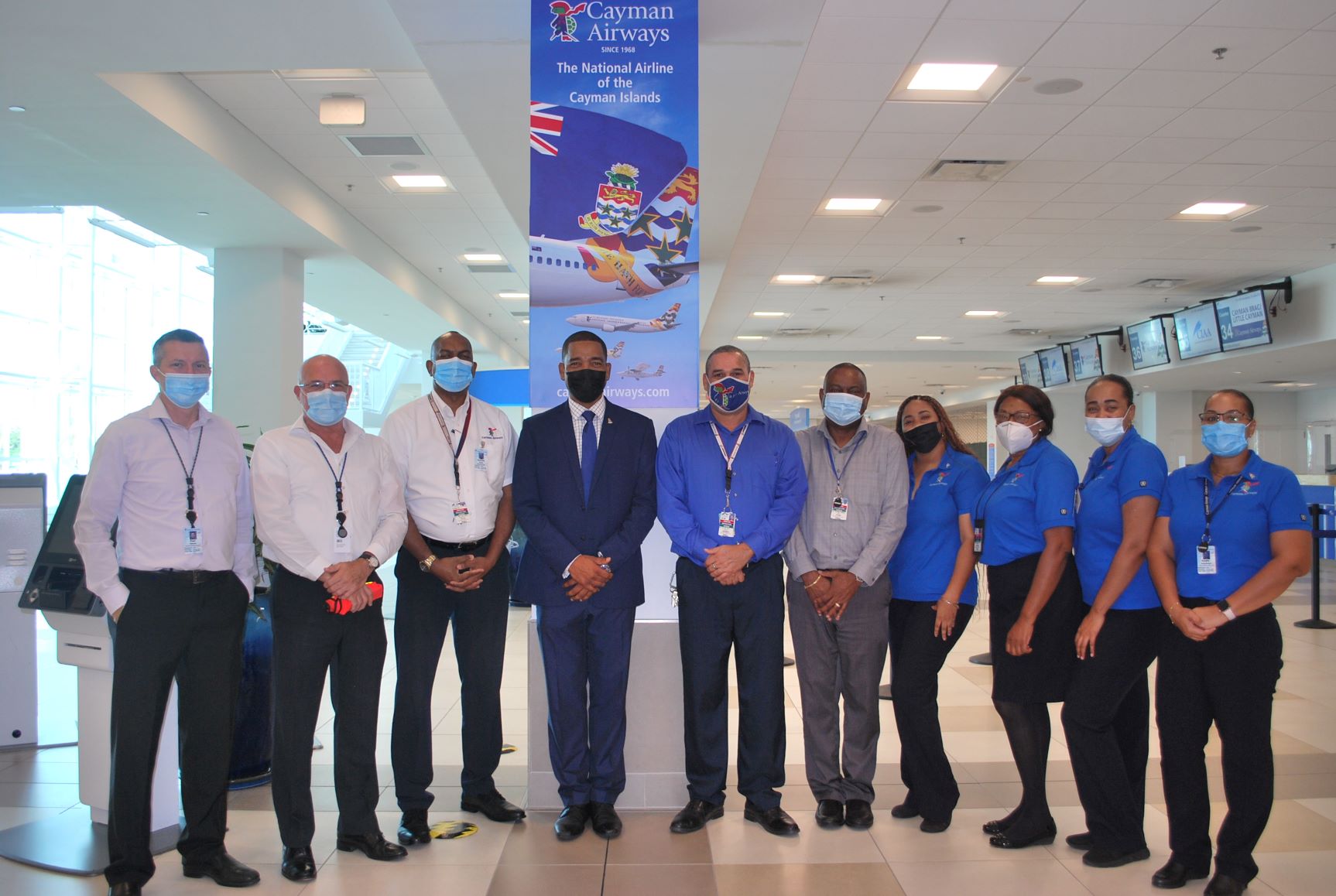 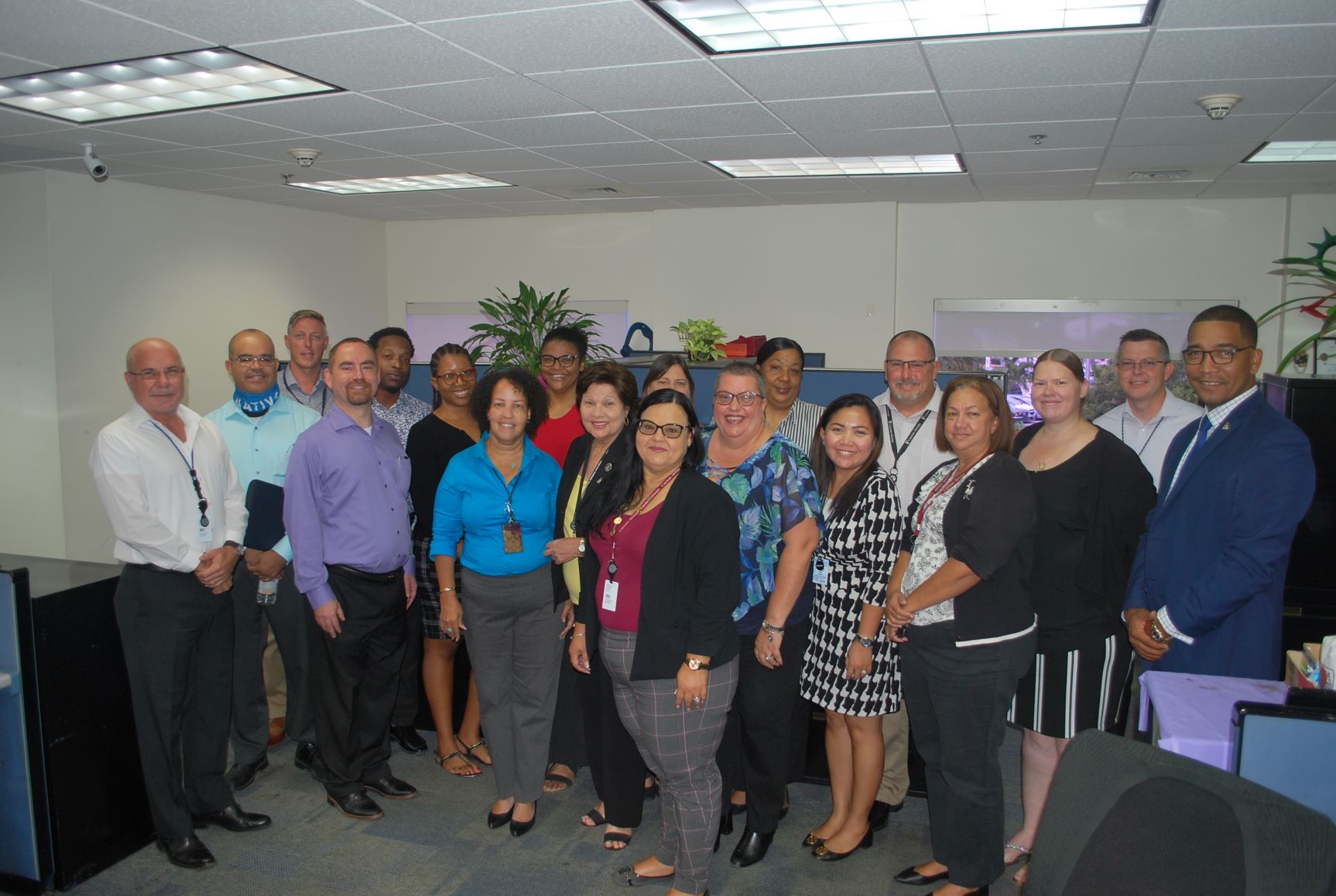 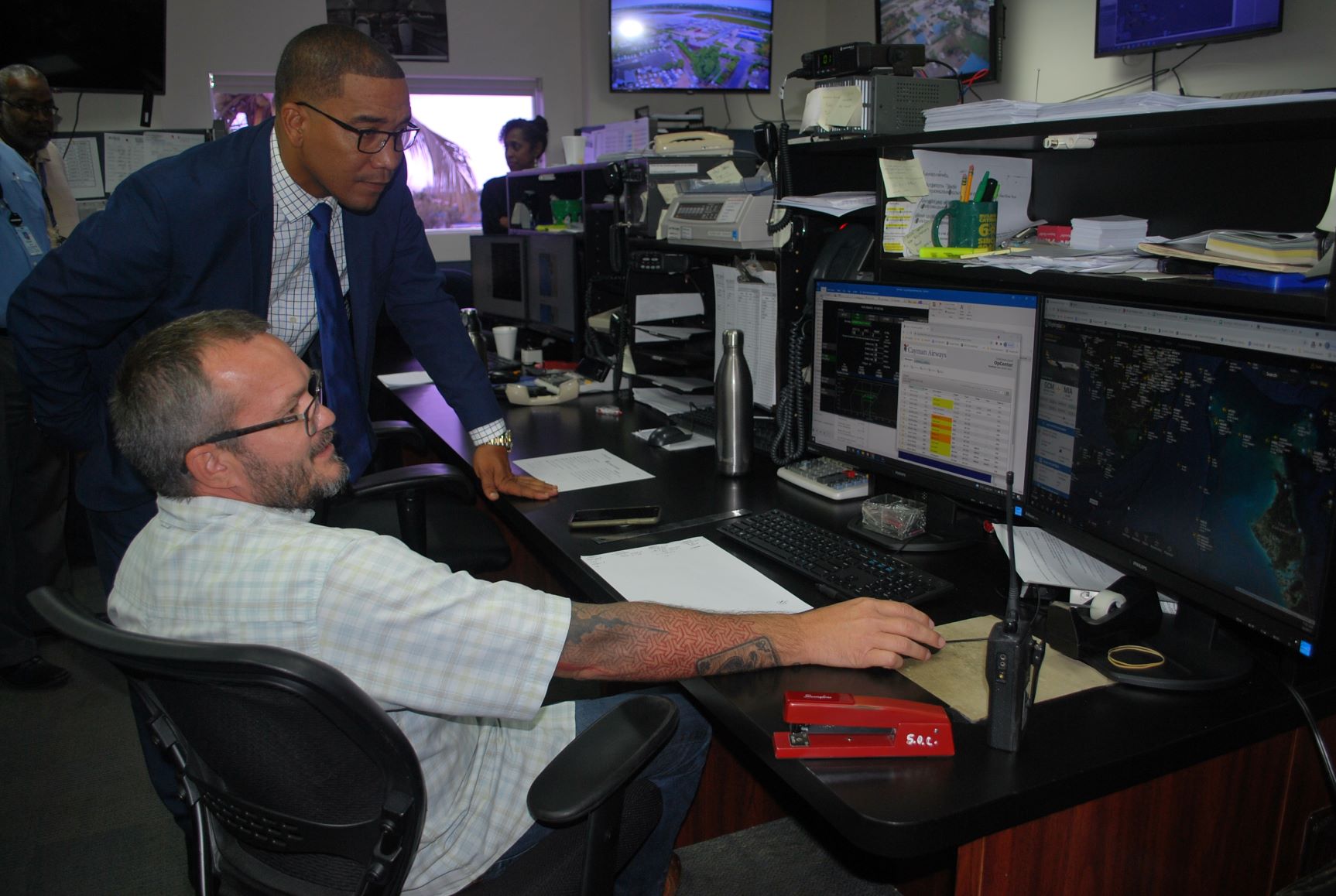 Accompanied by Chief Officer Stran Bodden and Deputy Officer Perry Powell, Minister Bryan was taken on a tour of the facilities, which was led by Cayman Airways President & CEO, Fabian Whorms and Paul Tibbetts, Executive Vice President for Finance and Commercial Affairs.

During the visit, the government officials visited several departments including the sections handling Finance and Accounting, Security and Safety, Human Resources, Marketing and Commercial operations. The Minister also had the opportunity to tour the airlines Reservations and Call Centre, and met with the CAL staff members who are currently seconded to Travel Cayman while borders are closed, to assist with travel applications and queries.

At each stop, the group were introduced to staff and briefed about the myriad of activities that take place on a daily basis to keep the airline functioning efficiently and effectively.

The group also took the opportunity to visit Cayman Airways staff based at the Owen Roberts International Airport terminal. Whilst there, they met with front line counter agents as well as customer care and ramp control staff. The group also visited the new Sir Turtle Lounge facilities which were recently upgraded during the airports redevelopment and expansion.

“These visits are extremely beneficial and informative as it gives me the chance to spend some time speaking with staff and understanding how the various functions and entities all fit together,” Minister Bryan explained. “Most people see Cayman Airways from the perspective of issuing tickets and operating flights but in reality, Cayman Airways is an extremely complex and highly regulated organization which also has many non-client facing responsibilities going on behind the scenes. I am very impressed with all that I have seen and I look forward to maintaining a close and productive working relationship with the staff as well as the executive management team,” the Minister continued.

Cayman airways staff complement is more than 95% Caymanian and the majority are long serving employees who have been with the company for decades. “Employees are clearly happy and proud to be working for Cayman Airways and there is a strong sense of corporate unity and cooperation. I commend Mr. Whorms and Mr. Tibbets for their exemplary leadership,” said Minster Bryan.