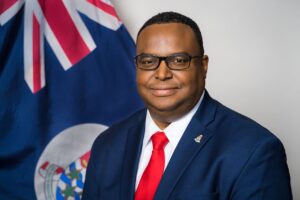 Moody’s, the international credit rating agency, has maintained Cayman’s Aa3 rating for Government’s bonds issued in foreign and local currency, and an Aaa rating as a country ceiling.

Minister for Finance and Economic Development, Hon. Chris Saunders commented, “Considering the record number of countries that have been downgraded as a result of the global pandemic, the reaffirmation of our rating as well as the “stable” outlook is testimony to the strength of our people and our economy. This is an achievement that all Caymanians and those who call the Cayman Islands home should be proud of as it shows that our collective sacrifices have not been in vain.”

Additionally, the rating should inspire businesses’ and investors’ confidence in the Cayman Islands – which, in turn, leads to higher levels of investment in the Islands and that should translate into greater job opportunities for the public.

Cayman has a long history of having a stable political environment, policy continuity, high government effectiveness and sound financial management that has produced consecutive years of fiscal surpluses and a decreasing debt burden – which is key support for economic development.

The 19 April 2021 rating action report by Moody’s can be found in full, to Moody’s subscribers, at www.moodys.com.