MP Alva Suckoo ready for the challenges ahead 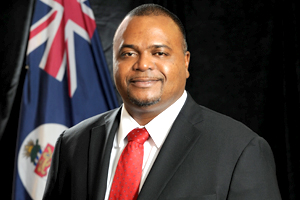 The Deputy Leader of the Opposition and MP for Newlands, Mr. Alva Suckoo will contest the Cayman Islands General Election in May as an independent candidate. Mr. Suckoo was elected as the first representative for the constituency Newlands in May 2017 and has maintained his independent status for the past four years while working as a member of the Official Opposition.

Mr. Suckoo will be running for a third consecutive term and believes he now has the experience and leadership skills to raise the bar and represent his constituency as a member of the Cayman Islands Government Cabinet. Since 2017, Mr. Suckoo has managed to accomplish a substantial agenda, despite sitting on the Opposition bench, and believes the key to his successes has been his ability to put aside political differences and work with others in the best interests of the country and his constituents in Newlands.

Mr. Suckoo was a member of the Governments’ negotiating team that travelled to London in 2019 to negotiate the recently implemented constitutional amendments, and quite recently negotiated amendments to the controversial Defense Bill, 2020 ensuring that the bill was passed with the support of the Opposition bench. He has also achieved several infrastructure and other achievements in his constituency, working with various government agencies, such as improvements to prevent extreme seawater flooding of low-lying areas caused by the annual King tides. Mr. Suckoo believes that these accomplishments illustrate his ability to get things done and to make tough decisions, and now hopes to have the opportunity to put those skills to work on a national level.

Mr. Suckoo credits his determined, measured, and cooperative approach to politics for being able to accomplish many of his manifesto promises from the Opposition bench.

“I think I have grown tremendously over the past four years, the experiences I have gained have been immensely helpful in making me a better representative. I do not believe all politics has to be confrontational and much can be achieved through negotiation and compromise. I have stood firm where I felt it was necessary and at other times, I have committed to working with colleagues to achieve the best possible outcome during times of controversy.

Mr. Suckoo believes that the next four years will present the greatest challenges these islands have faced since Hurricane Ivan, but knows he is ready to make an even greater contribution to resolving these challenges.

He adds: “We are faced with unprecedented threats not only to our physical well-being but also to our economic prosperity and future. The challenges will be difficult but not unsurmountable and will require a Government willing to make tough decisions and one that is committed to rebuilding this country and our economy. This will require a government that can formulate and stick to a strategy for success, that is committed to keeping the Cayman Islands an attractive place to live and work, and one that prioritizes its people over personalities. With my compassion, experience and educational background I know I am now ready to rise to face those challenges.”

Facing a growing slate of opponents in his constituency, Mr. Suckoo plans to focus on his achievements and his plans and is ready to commit to getting to work on the challenges the country now faces. “I believe my record speaks for itself. I was elected for my compassion and strengths by the people of Newlands and I will continue to represent my constituents to the best of my abilities.”