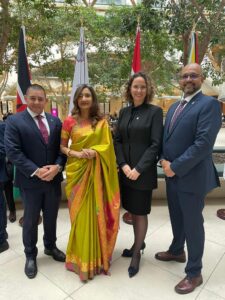 MP Joseph Hew, Deputy Leader of the Opposition, attends the 70th.  Westminster Seminar on Evolving Parliaments in London this week.  MP Hew served on a panel and spoke to seminar participants on ‘Holding the Executive Accountable In a Small parliament’.

The five-day programme hosted by the Commonwealth Parliamentary Association runs from March 14th.  to March 18th.  and provides parliamentarians from across the Commonwealth the opportunity to engage, network, and explore approaches to parliamentary democracy, practice and procedure.  The Seminar focusses on challenges, opportunities, and the need for Parliaments to adapt to a rapidly evolving world.  In addition to the Deputy Opposition Leader, the Cayman Delegation at the Seminar included MP Isaac Ranking (East End), Ms. Patricia Priestley, Deputy Clerk of our Parliament, and Dr Tasha Ebanks Garcia, Cayman Islands Representative to the UK.

While in London, The Deputy Opposition Leader attended several special events, including a church service at Westminster Abbey and the Deputy Prime Minister’s Question Time in the House of Commons. 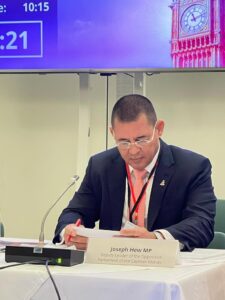 The latter as a guest of the Speaker of the house of Commons, Sir Lindsay Hoyle.  MP Hew returns to Cayman later this week.

Issued by: The Progressives