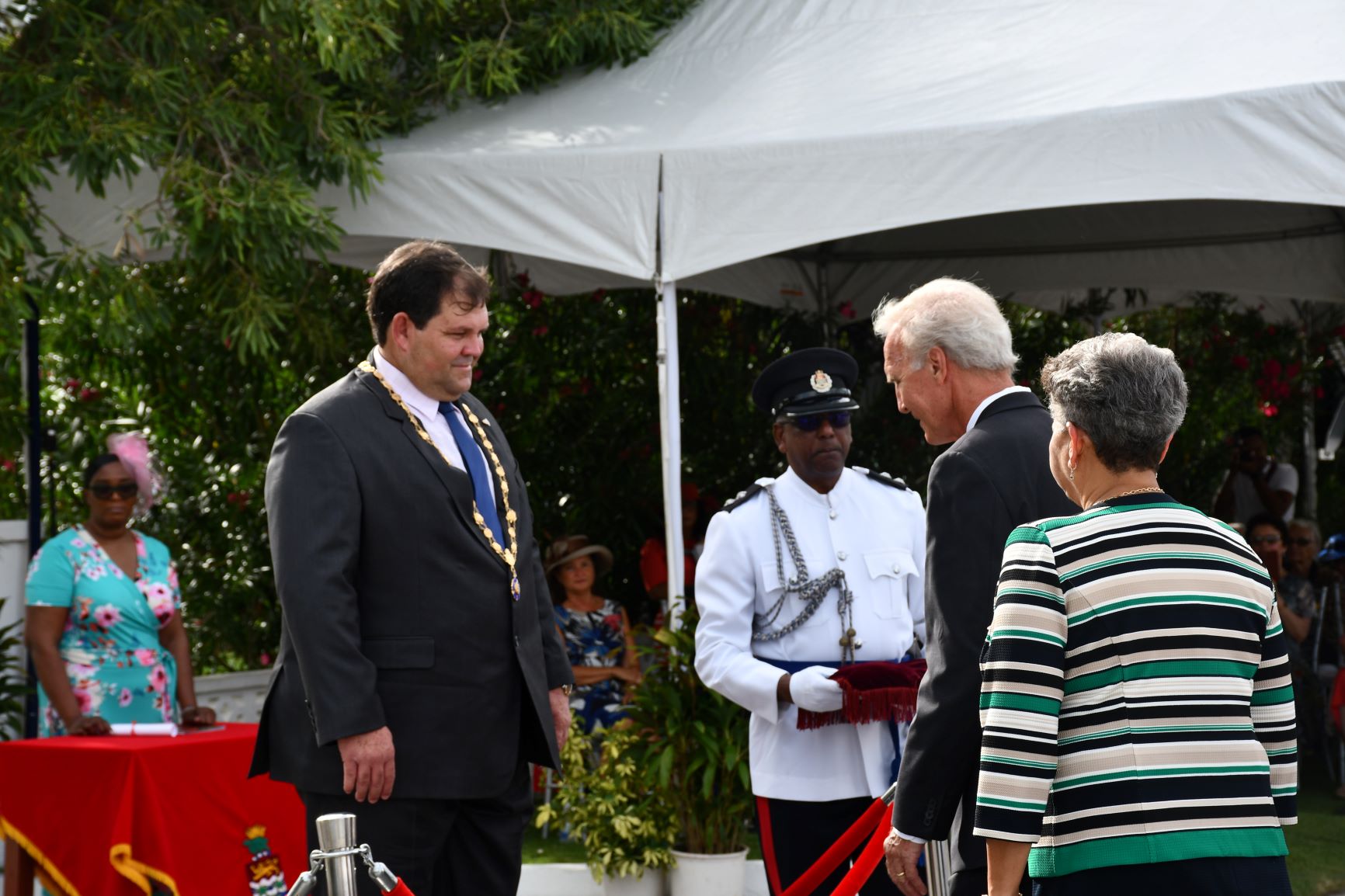 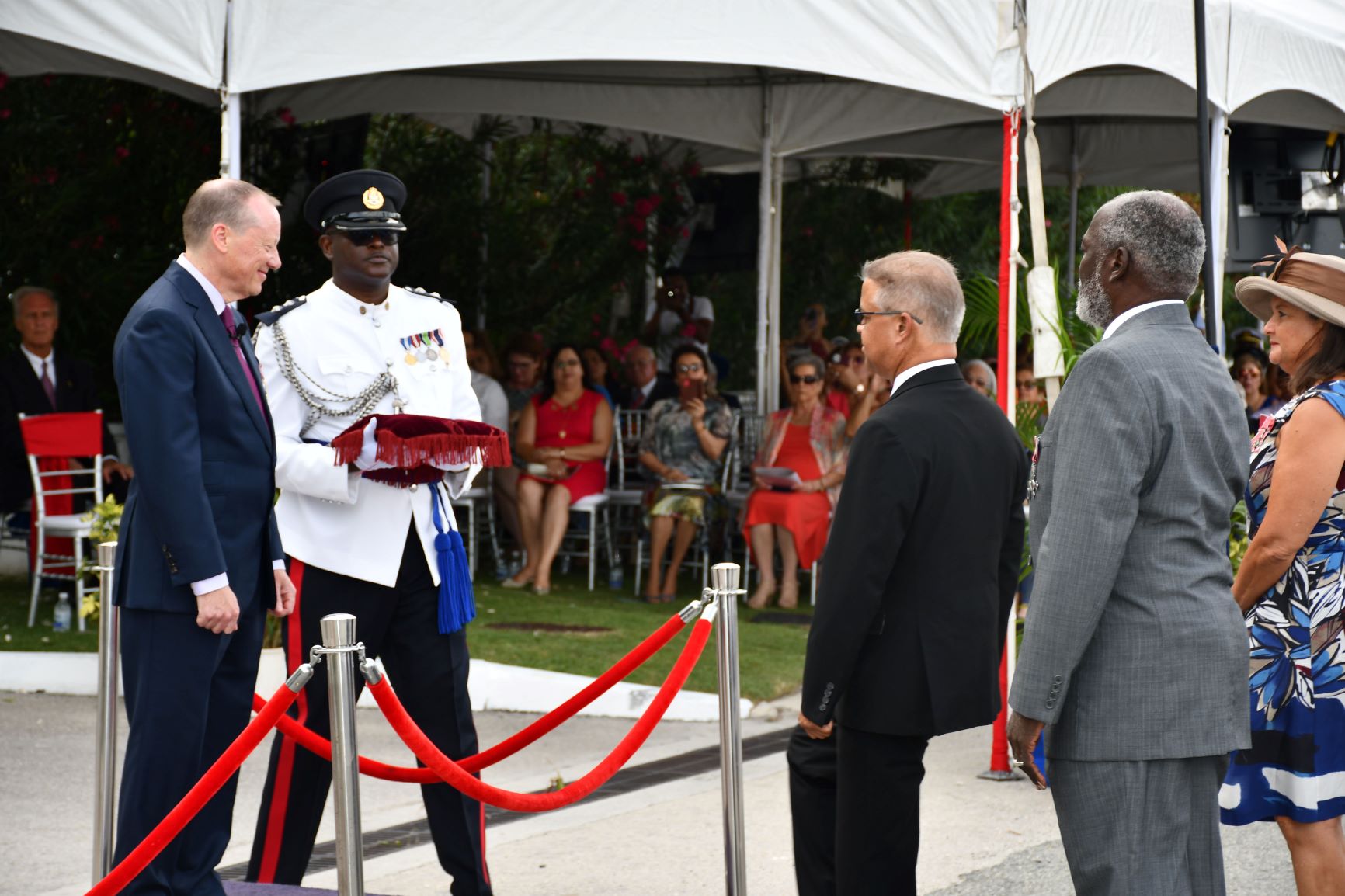 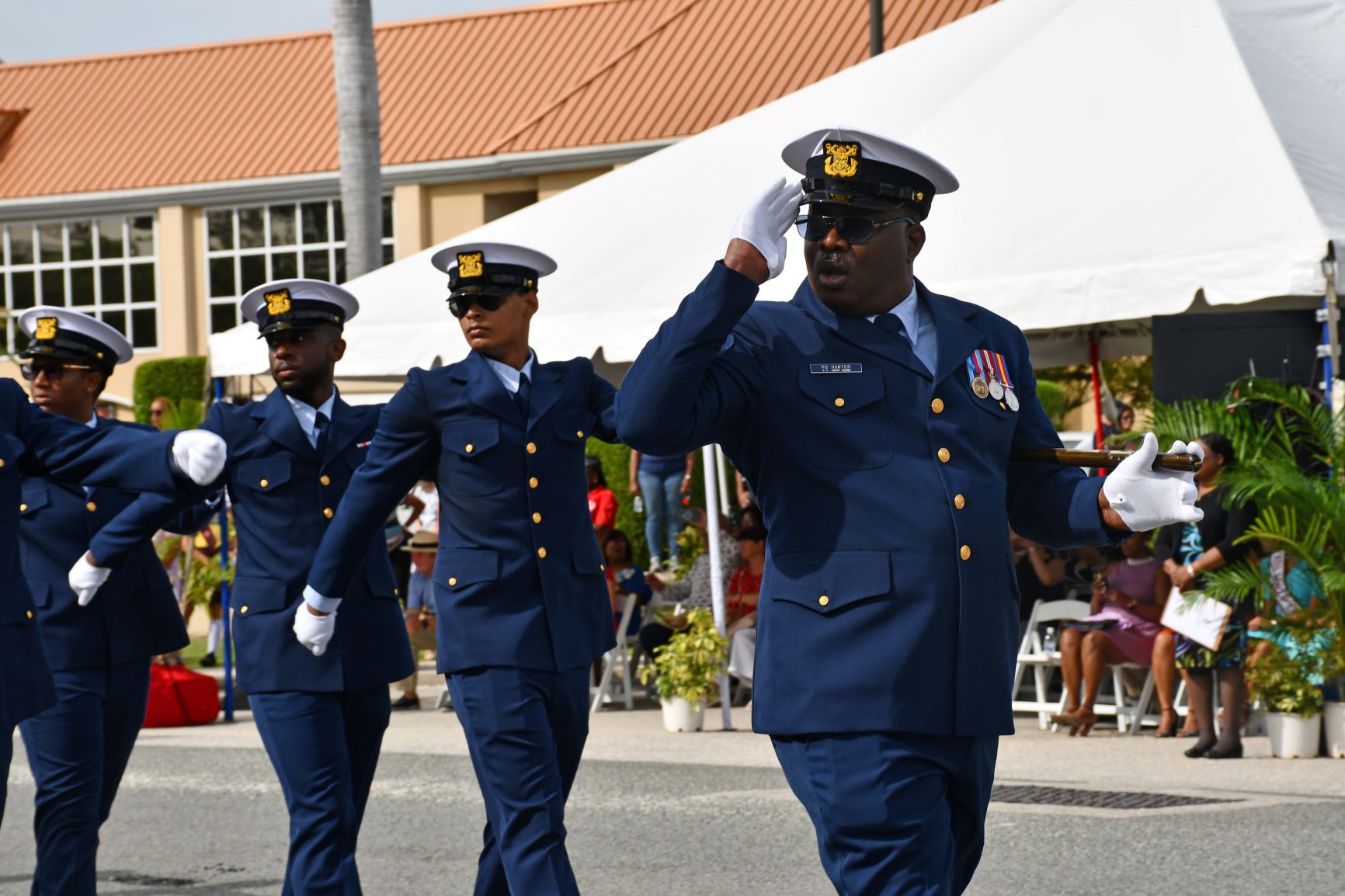 Members of Parliament, senior civil servants, community leaders, and members of the public came together at a new venue to mark the 95th birthday of Her Majesty Queen Elizabeth II on Monday 14 June 2021.

This year’s celebration at Government House on West Bay Road featured all the traditional highlights and regalia of the occasion including the traditional parade by uniformed services, a royal salute and three cheers for Her Majesty The Queen.

Past and new recipients of Queen’s and National Honours were also recognised in a brief ceremony which preceded a garden party reception.

During the awards ceremony, His Excellency the Governor, Mr Martyn Roper, presented Director of Customs and Border Control Charles Clifford with a medal recognising him as a Member of the Most Excellent the British Empire (MBE).  Mr Clifford received the award in the New Year’s Honours List in 2020 for services to customs and border control.

While Pastor von Kanel’s award for charitable works and service to the community was announced at the start of the year, he was unable to attend the National Heroes Day investiture explained Cabinet Secretary and Secretary to the Order Samuel Rose. Mr Rose emceed that portion of the ceremony.

The awards ceremony was immediately followed by a garden party reception on the grounds of Government House, that was open to the public, and hosted by Governor and Mrs Roper.

Describing the new venue for the Parade outside Government House as a great success, His Excellency the Governor Martyn Roper noted: “Over 800 people attended the Garden Party afterwards in the grounds of Government House, the largest turn-out for a Queen’s Birthday event in recent memory. My huge thanks to all on the Parade, the teams at Protocol and Government House for outstanding work to make this such a special occasion”.