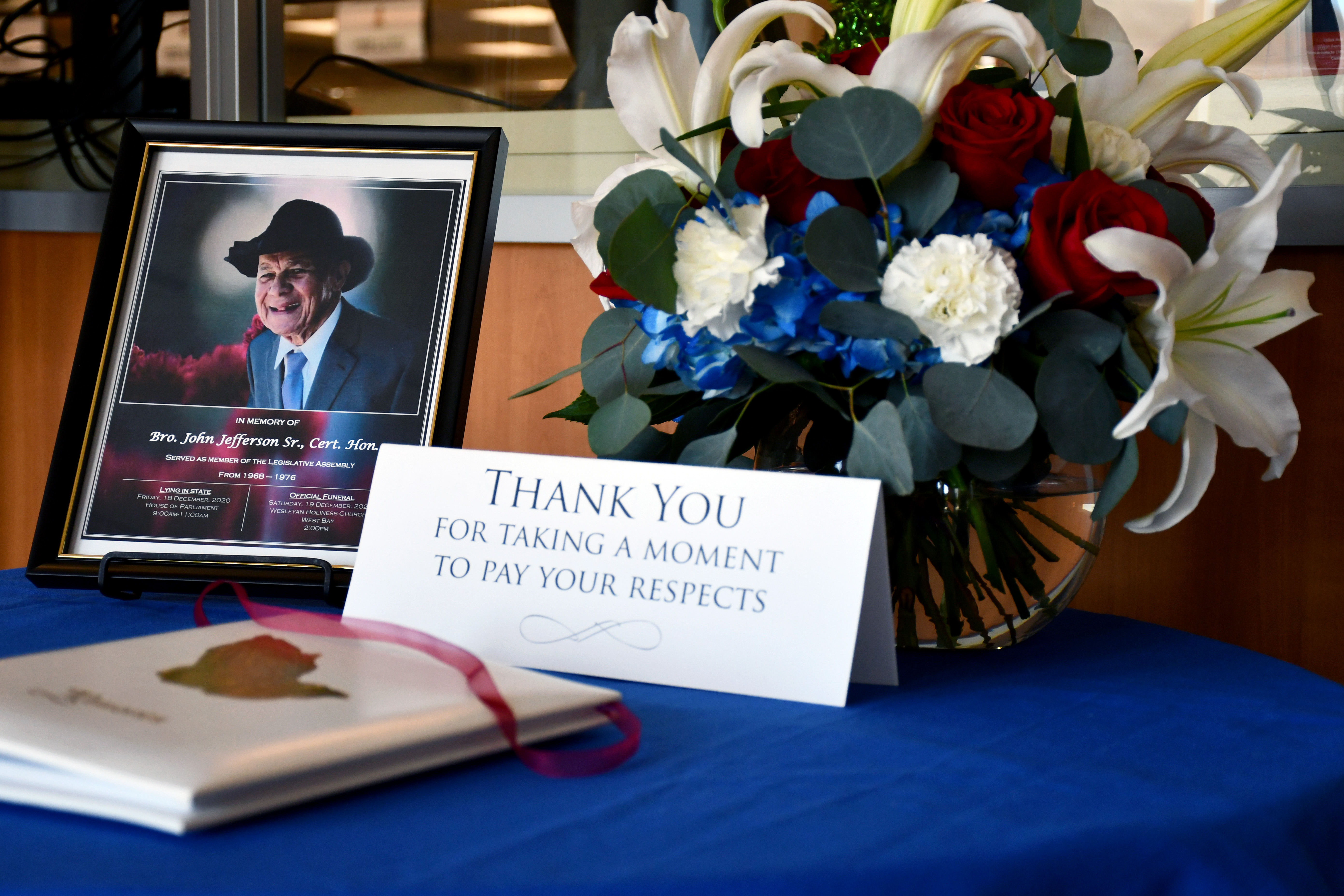 On Saturday, 19 December 2020, an official funeral will take place to commemorate the life of former Member of Legislative Assembly, John Jefferson Sr., known to all as “Chef John” or “Bro. John”.

Mr Jefferson, who passed away on Saturday, 12 December 2020, is entitled to receive an official funeral, as a result of his service as a legislator. Current and former post-holders of the most senior public service positions are entitled to this honour.

Tributes were paid to Mr Jefferson, who had represented West Bay as MLA from 1968 – 1976, at the Parliamentary sitting on Monday, 14 December.

Official observances include a public lying-in state at the House of Parliament from 9-11a.m. Friday, 18 December. Proceedings will also be shown live on CIGTV’s YouTube and cable channels.

After this, in a motorcade organised by the family, the hearse carrying Mr Jefferson followed by the Speaker of Parliament, district representatives and family members, will undertake a final drive-through of the district that he served. Persons who live along the route are encouraged to stand in their doorways or yards to wave.

This will be followed by a public viewing at George Town Wesleyan Holiness Church, where he had previously ministered to community residents, which was also organised by the family.

The official funeral service will take place at 2p.m. at Wesleyan Holiness Church in, Northwest Point, West Bay on Saturday, 19 December, with the interment to follow at the West Bay Cemetery on West Bay Road. The church service will air live on CIG TV YouTube only.

Cabinet Secretary Samuel Rose JP remarked: “Even after he left the legislature, Bro. John was widely respected across the public sector and wider community, for his rich and varied contributions to local life. The official funeral will pay tribute to a beloved cultural icon, while allowing the community and nation to offer deepest condolences to his family.”

Members of the public are invited to pay their respects by signing official books of condolence in the Government Administration Building Lobby and at the House of Parliament.

Cayman Islands flags at the Government Administration Building and other Government buildings were flown at half-mast on Monday, 14 December, and will fly at half mast again on Friday, 18 December the day before his funeral.