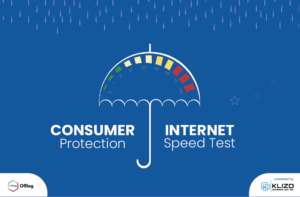 OfReg has, this week, launched an independent speed test system, to support and further enhance the internet infrastructure in the Cayman Islands.

The OfReg Speed Test ensures residents and businesses are provided with the reliable, consistent internet speeds for which they are paying and gives them recourse to file a complaint, if not.

The OfReg Speed Test is a third-party tool, located at a data centre in Miami, through which 90% of the internet traffic for the Caribbean flows. Customers and Internet Service Providers (ISPs) alike can use the portal at https://ofregspeedtest.ky/ to ensure they are receiving (or delivering) the contracted bandwidth, latency and quality of service.

The tool provides users with metrics related to upload and download speeds, as well as results for ping (how fast you can request/receive data) and jitter (the variation in response times), which measure the quality of an internet connection.

If the speed test indicates an ISP has fallen short of what was contracted, persons can file a complaint with OfReg, using the address complaints@ofreg.ky.

Joey Ricard, of high-level technology developers Klizo Solutions, built the OfReg Speed Test system and says: “We all require good internet speeds to properly function and perform in our jobs. Never has this been more apparent than during the COVID-19 pandemic, with so many people transitioning to remote work.”

He adds: “This speed test allows the end user to see the real speed of internet they are receiving, but the system also collates the results into a database, showing real time information about speed and consistency across multiple tests. We also have a traceroute feature that shows a map of how the data is flowing from various locations across the Cayman Islands to the Miami-based server.”

Executive Director ICT at OfReg Alee Fa’amoe explains: “Sometimes internet issues exist outside the control of the ISPs, but there is occasionally intentional slowing to regulate online traffic. This can have costly and frustrating consequences for the consumer, who receives a sub-standard internet service.”

Mr Fa’amoe stresses: “The new speed test will allow us to identify when these actions occur, which will help us protect consumers from ISPs who are failing to deliver what customers and businesses are paying for. Having a complete view of our network, from the end-user perspective, puts the customer at the centre of our actions as we investigate issues and resolve measures in a proactive fashion.”