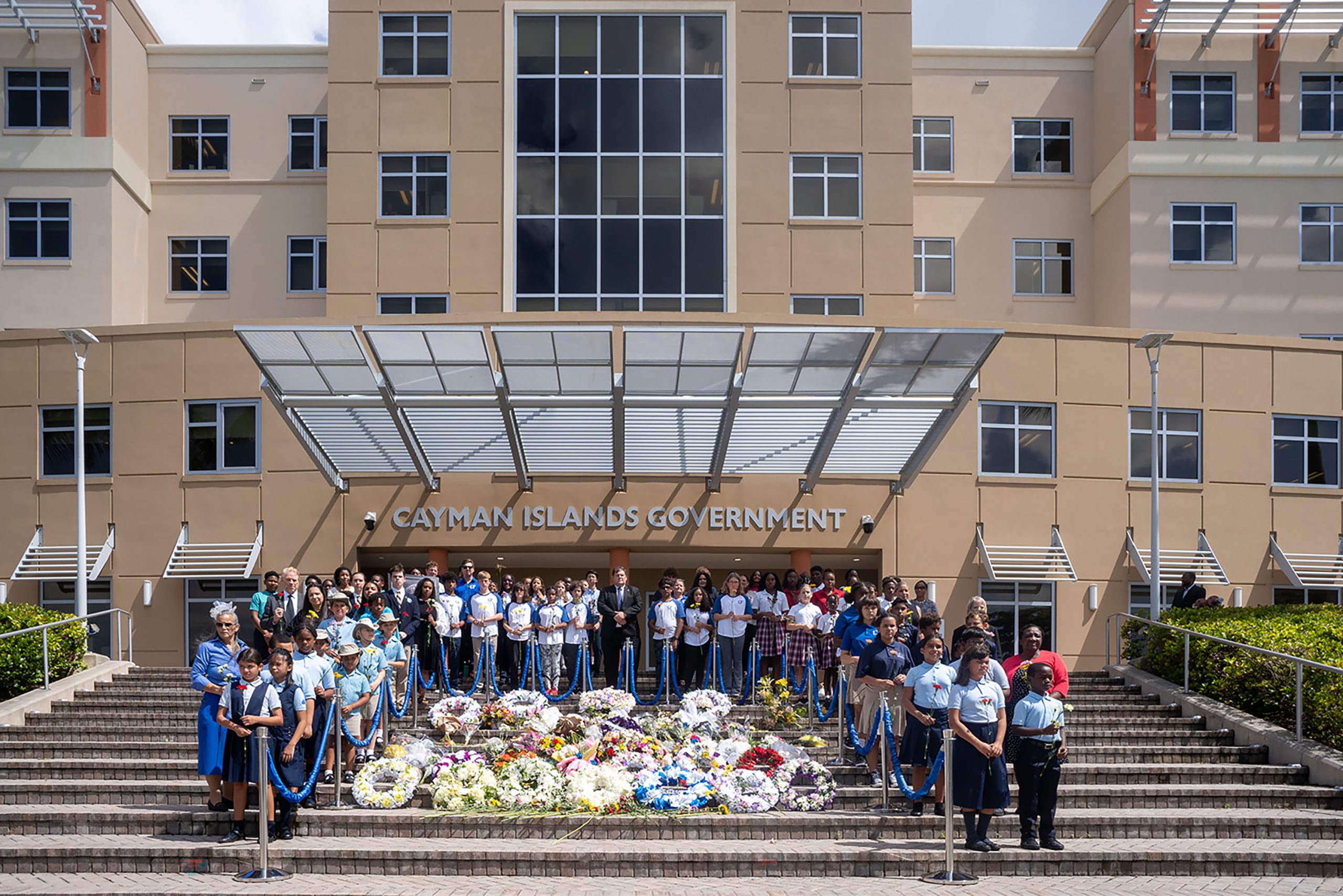 Students from 38 private and public schools across Grand Cayman from West Bay to East End and Cayman Brac gathered in commemorative activities at various locations to pay tribute to honour the life of Her Late Majesty Queen Elizabeth II.

In addition, various other students also gathered at the Pines Retirement Home and eastern districts schools gathered at Queen’s Highway which was formally opened by Her Late Majesty the Queen during her visit to the Cayman Islands in February 1983.

Speaking to tributes across the schools Minister of Education, Hon. Juliana O’Connor-Connolly noted “Queen Elizabeth II has been a strong and constant figure in our lives for many years. I am truly saddened by her passing and proud that our students had the opportunity to pay tribute to the late monarch.”