Phase 3 of Border Reopening to Go Ahead as Planned 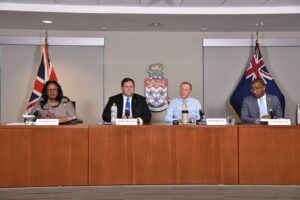 The Government is committed to doing everything to keep the people safe, they emphasised, and leaders will hold weekly press briefings going forward to update.

Phase Three that commences tomorrow, Thursday, 9 September, also signals the return of commercial flights but only for eligible arriving travellers who will have to be fully vaccinated. 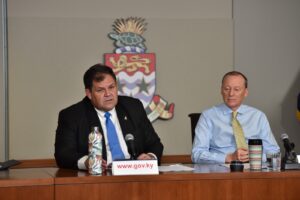 They acknowledged that balancing the concern about the infection spreading within the Cayman Islands, with the borders reopening, and the need to activate businesses and unemployed persons in the tourism trade, is difficult but will be done.

The leaders also continued to urge all those above 12 years old, who are eligible and remain unvaccinated, to get their first vaccination by 9 September, so that they can be fully vaccinated before 14 October.

The new schedule for Cayman Airways which includes a steady increase in the number of flights per week during September and October has been approved. 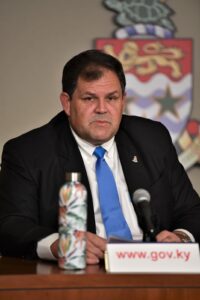 It was further announced that British Airways will resume weekly scheduled flights from Grand Cayman to the UK from 27 September. The plan is to offer at least three BA flights via Nassau, Bahamas. More details will be forthcoming in the coming weeks.

Additionally, there are enough ventilated beds and PPE, should need arise, they reassured the community.

“Expressing concern at increasing divisions whether it is safe to reopen borders or not, Premier Panton said that of the 24 new COVID-19 cases announced on Monday, 15 were unvaccinated and only nine were vaccinated. Also 23 were travellers and one was a family member who quarantined with other family members who had travelled. So there continues to be no new community spread COVID-19 cases.”

Since February 2021, there have been 325 COVID cases, 263 of these were unvaccinated, with only 62 vaccinated, clearly demonstrating the need for all to get vaccinated. 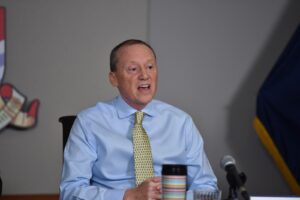 service gives “the very best, evidence-based policy advice” on which the Government can base its decision whether to reopen borders on 14 October. This advice will be informed by science, the Chief Medical Officer’s views and includes stepped up engagement with health experts at Public Health, England.

“If we are paralysed by fear, there will be real-life trade-offs for everyone in the tourism sector, loss of jobs and businesses and mental health issues. Government finances will face serious headwinds if we can’t move forward. So these are tough decisions.” Mandating vaccines for some segments and a vaccine requirement for entry to bars and restaurants might have to be considered. 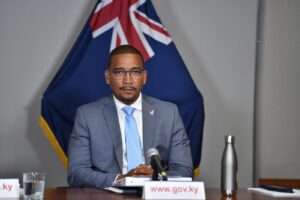 Minister Bryan explained the important changes that Phase 3 will bring: 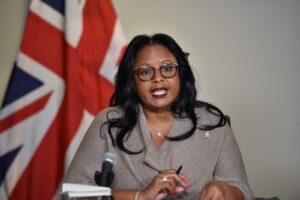 Minister Bryan emphasised that the phased approach does not mean Government will throw caution to the winds. The time between phases will be carefully reviewed and analysed based on scientific information, so that a plan B will be put in place should Phase 4 be delayed for any reason.

Minister Turner said that when borders do open for visitors, the healthcare system is ready. The local healthcare system has been strengthened throughout the past 18 months. The HSA’s Hospital in George Town has seven ventilated beds, including two negative pressure/isolation rooms. There is also in-house capacity for 20 ventilated beds in the Surgical Unit. The Respiratory Care Unit has six beds, if needed. Additional bed capacity can be provided by Health City Cayman Islands and Doctors Hospital. There are 42 ventilators on-island, with 20 at HSA and 22 at Health City.

Noting the high level of quarantine breaches in August with 52 recorded breaches, the Minister said additional protocols have been implemented to reduce such instances. Also, with 81% of positive cases since February 2021 being unvaccinated persons, this provides conclusive evidence in support of vaccines. Minister Turner’s remarks are provided separately.

Medical Officer of Health, Dr. Williams Rodriquez, replying to media queries, said 84% of HSA staff are now fully vaccinated and that number is growing. There is enough bed capacity and PPE available, he said.

Prayer was led by Bishop Clayton Martin of Church of God of Prophecy.

The link to view the press conference on CIG YouTube channel is https://youtu.be/PlzJwRFcbxM .