Premier: “This was entirely to be expected” 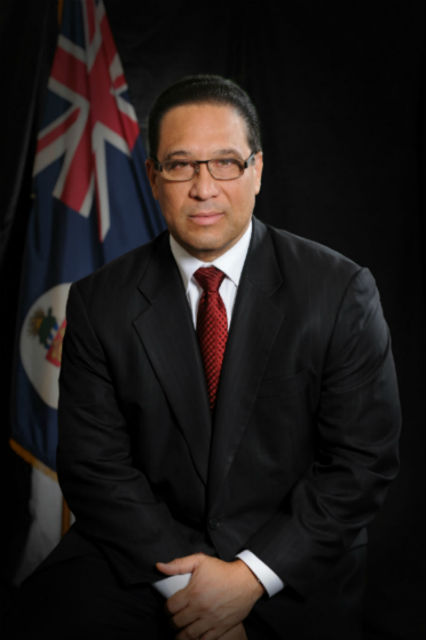 His Excellency, Martyn Roper, OBE, Governor of the Cayman Islands, yesterday confirmed that he has received instructions from the UK Government, by way of the Foreign Secretary, to utilise the Governor’s Reserve Power under Section 81 of the Constitution to publish the Domestic Partnership Bill as presented to, and rejected by, the Legislative Assembly last week. After a 21-day consultation period, the Bill, with possible amendments depending on what arises during consultation, will be made law in early September.

This was entirely to be expected. I and other members of Government, as well as the Hon. Attorney General, took pains over and over again to remind members of the Legislative Assembly during debate that if the Legislative Assembly failed to do its duty and uphold the law and respect and act upon the declaration of our own Court of Appeal, then the UK Government would be obligated to do so. The declaration was explicitly clear: “Chantelle Day and Vickie Bodden Bush are entitled, expeditiously, to legal protection in the Cayman Islands, which is functionally equivalent to marriage.”

The Court of Appeal continued “Moreover, proper fulfilment of its legal duty by the Legislative Assembly should provide the protection sought. We feel driven to make this final observation. This court is an arm of government. Any constitutional settlement requires the executive and the legislature to obey the law and to respect decisions of the court. It would be wholly unacceptable for this declaration to be ignored.”

The Court also noted “… in the absence of expeditious action by the Legislative Assembly, we would expect the United Kingdom Government, to recognise its legal responsibility and take action to bring this unsatisfactory state of affairs to an end.”

Those members of the House who are now seeking to deflect responsibility by pretending that this declaration of the court is merely akin to a suggestion are woefully wrong. The Grand Court of the Cayman Islands as well as the Court of Appeal of the Cayman Islands both ruled that the Cayman Islands and the Legislative Assembly are in breach of the Bill of Rights in our Constitution, and the European Convention on Human Rights, by the failure over many years to put in place a legal framework for same-sex couples that is functionally equivalent to marriage between heterosexual couples.

The Bill that I introduced to the Legislative Assembly satisfied the declaration and the law and provided the required framework that protected the rights of same-sex couples to private and family life whilst at the same time maintaining the institution of marriage as between a man and a woman. The Bill could not be some mere ‘watered down version’ of rights for same-sex couples. It would have to withstand the scrutiny of the courts and in particular the Privy Council that will be deciding early next year on whether same-sex couples here have a right to marriage or not. This decision in large part will turn on whether there is in place a sufficiently strong legal framework that protects the rights of same-sex couples as the Court of Appeal has ruled they are entitled to under our Bill of Rights. If the answer is no then the Privy Council will likely rule against us and introduce same-sex marriage.

I said when I introduced the Bill that this was about the rule of law and whether the Legislative Assembly understood its role in not only making laws but in respecting and observing them. I pointed out several times that if the Legislative Assembly did not do its duty then the UK Government or the Courts would stand in for us and do what is required under law.

These points were indeed painstakingly debated in the Legislative Assembly. But I also made them many times over many years to Church leaders as well as to all members of the Legislative Assembly. In addition, in the weeks prior to the introduction of this Bill, and in the days preceding the debate and vote, I spoke to many on the Opposition bench, including the Leader of the Opposition, on what was at stake if we failed in our duty to abide by the law.

Not only would we be depriving our own Caymanians of rights that they have under the law, but we would also be saying to the UK and the world that the Cayman Islands Legislative Assembly has not sufficiently matured and cannot be trusted to carry out a fundamental duty to respect the rule of law. The matter at hand was not one that was up for public consultation or debate. The matter was one of law that required the Legislative Assembly to pass suitable legislation to protect the rights of Chantelle and Vickie and other Caymanian same-sex couples as required in a modern society governed by the rule of law. So with the failure of the Legislative Assembly to do what it was obligated to do, the UK, by way of Section 81 of our Constitution, has now instructed the Governor to pass a law that recognises and protects the rights enshrined in our own Bill of Rights.

The result is that some version of the Domestic Partnership Bill will become law in a few weeks without further reference to the Legislative Assembly. What form this law will take is now beyond our control and will be decided by the UK and the Governor. This is a very shameful event and one that should have been avoided. I also know that both Baroness Sugg and Governor Roper deeply regret that they have been forced to take this action. But the failure of the majority of the elected members of the Legislative Assembly to discharge their constitutional duty has left the UK Government with no other option. What is also regrettable as a result of this is that the UK will undoubtedly now decide to retain Section 81 of the Constitution despite my having gotten them to agree to remove it as part of the pending Constitutional changes. I have always argued that it is unwise to encourage, and even worse to force the UK, as we have done, to act on behalf of the Legislative Assembly as having done so once they may find it easier to do so again in other circumstances. The failure of the Legislative Assembly to do its duty last Wednesday has set back our efforts at increased autonomy immeasurably.

I am grateful though that the UK Government was open to persuasion to not utilise Section 81 to introduce same-sex marriage but to put forward the Domestic Partnership Bill for consideration. When enacted as law, this will preserve the institution of marriage as being between a man and a woman whilst protecting the rights of same-sex couples. It will also allow us the best opportunity to avoid the Privy Council putting in place same-sex marriage when they consider the matter next February.

May the current division among our people soon disappear, may we all grow to love each other as God has loved us, and may He who hath founded these Islands continue to bless and protect us all.