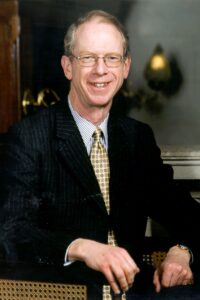 Mr Dinwiddy served as Governor of the Cayman Islands from May 2002 – October 2005. His appointment came after nearly 30 years as a career diplomat.

On behalf of the Government and people of the Cayman Islands I offer deepest condolences to his wife Emma and extended family.

To mark his passing the Cayman Islands flag will fly at half mast alongside the Union Jack on all Government buildings from the remainder of today and all day on Tuesday, 6 April.