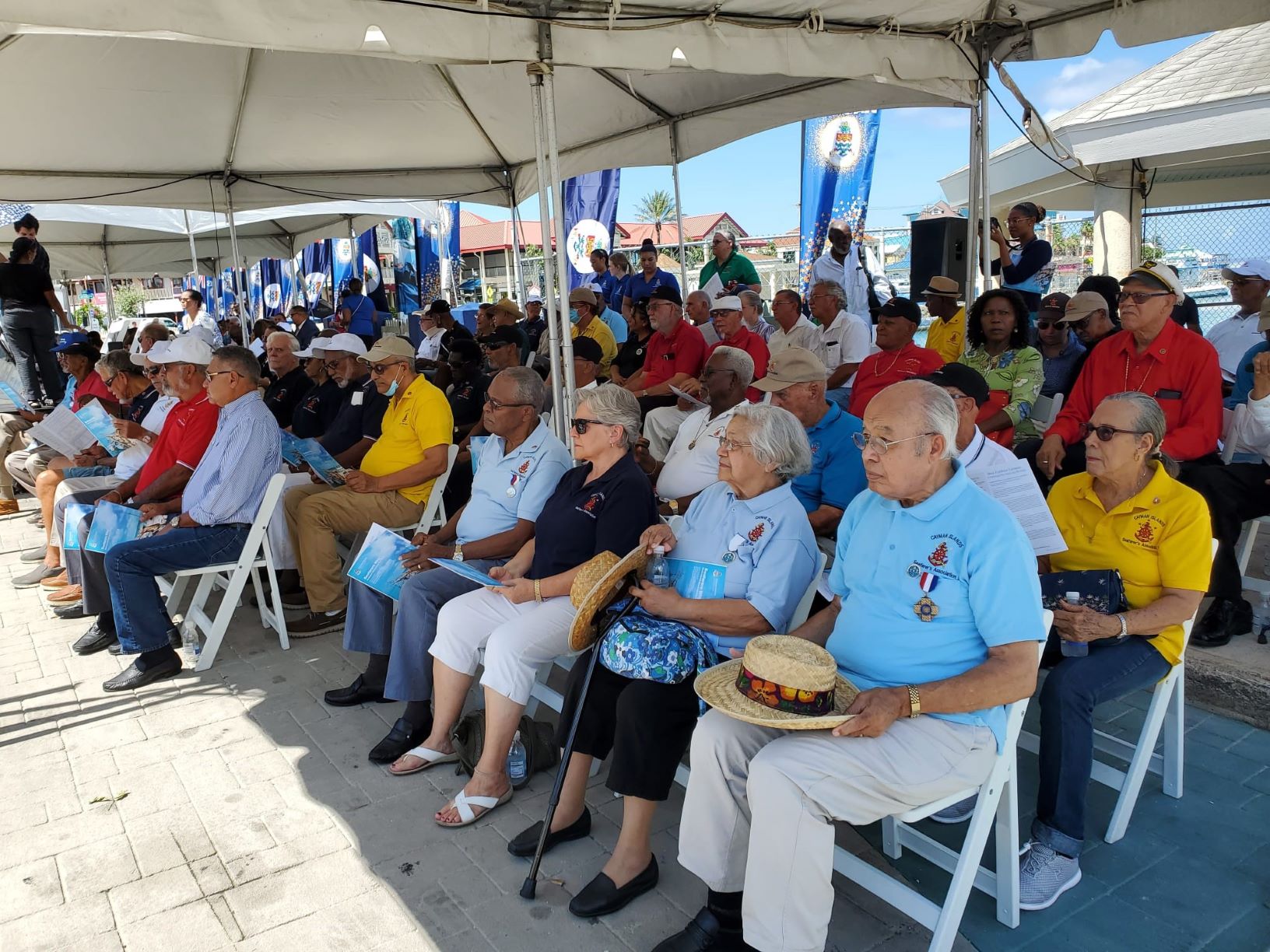 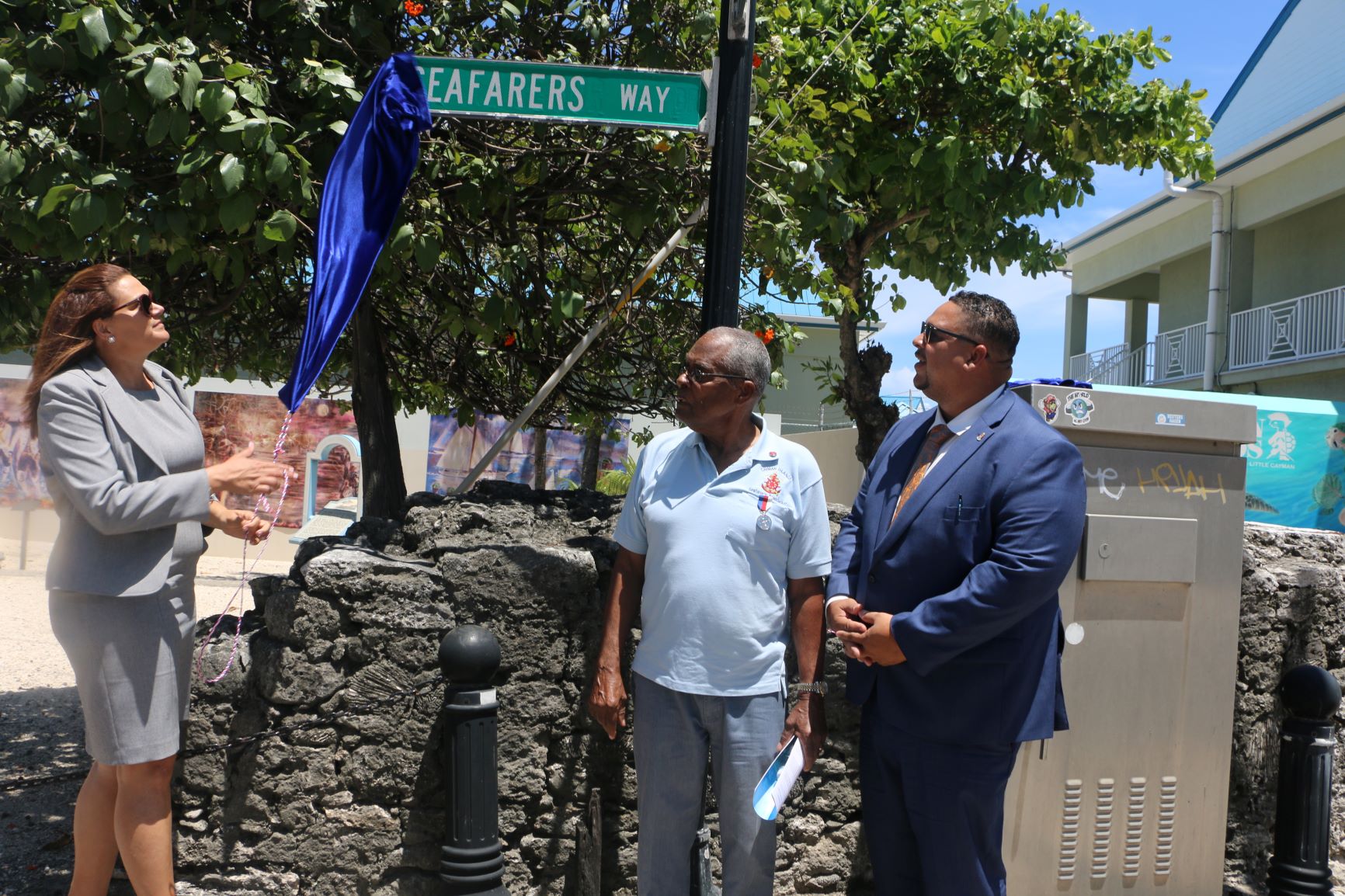 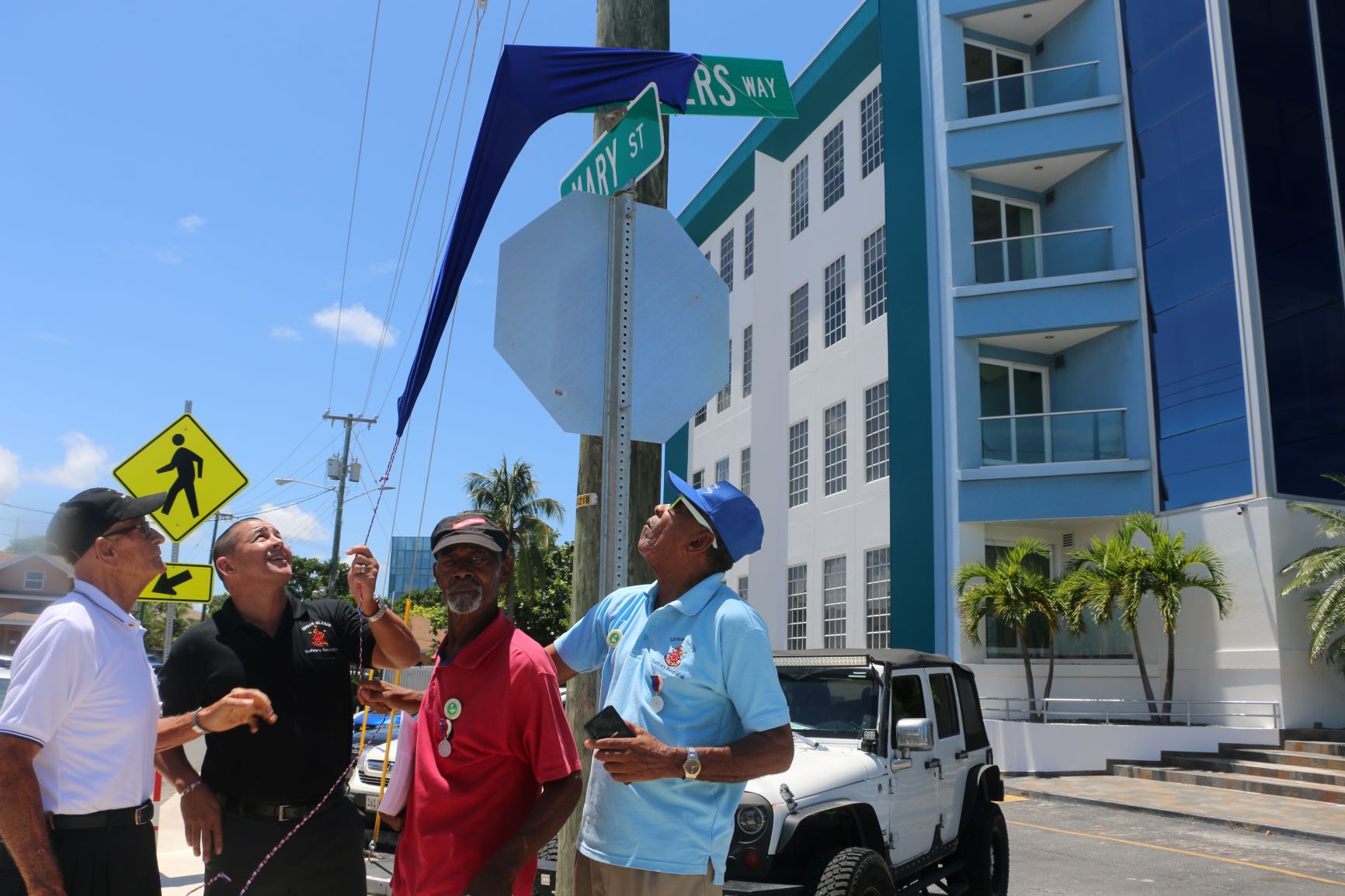 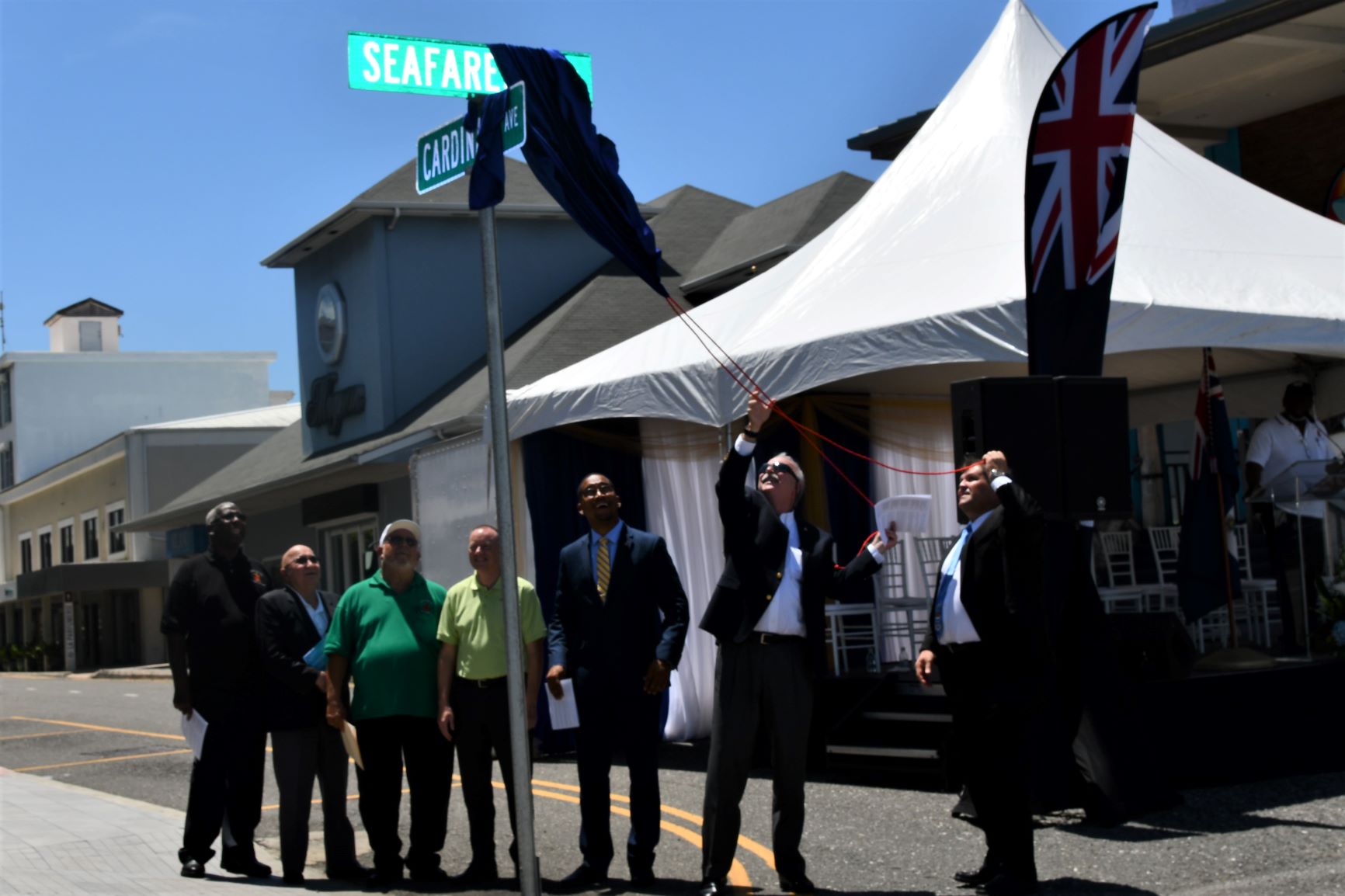 This week’s stormy weather cleared to make way for clear, sunny skies and warm tropical breezes for the renaming ceremony to turn the former Harbour Drive and sections of both North Church Street and South Church Street into Seafarers Way this morning.

This special day in Cayman’s history was replete with momentous speeches, stories of yesteryear, displays of local musical talent, and the grand unveiling of the new Seafarers Way street sign.

Master of Ceremonies, Celebrate Cayman Executive Chairperson Alfonso Wright, delivered the welcome and kept the proceedings lively and entertaining for all who came out to celebrate the Cayman Islands’ seafaring heritage and the renaming of the George Town waterfront streets.

To kick the event off on the right note, a powerful and touching prayer was delivered by Pastor Winston Rose, MBE of Church of God (Bodden Town), who is himself a former seafarer.

The National Song of the Cayman Islands, Beloved Isle Cayman, was masterfully delivered by Devon Edie on saxophone accompanied by the melodic voice of his sister KK Alese – a musical duo who come from a long line of seafarers.

Also on the programme was Nasaria Suckoo Chollette’s recital of a poem by her mother and Caymanian poet Virginia Suckoo entitled “Allotment Day” which humorously recalled the excitement around the receipt of the money sent back home by the seafarers.

The poem paints a vivid picture of the heightened community activity on the all-important twentieth day of the month when families here at home would receive the remittances.

In his address to onlookers he began, “Today is a very special day in our story as Caymanian people.  For we are today editing the script to correct a glaring omission by recognising the undeniable role of our seafarers and shipbuilders and their connection to this stretch of road, hence its most fitting renaming from Harbour Drive, to Seafarers Way.”

Mr. Rose spoke movingly of a day when there would no longer be any surviving sailors who received their call from National Bulk Carriers and the other shipping companies which employed Caymanian seafarers in the thousands. But, he said, today’s ceremony prepared the community for that time by instituting a permanent homage to these men.

He said, “We will stand on this road, look out to the waters and remind them that this road is named Seafarers Way as a tribute to those who went down to the sea in ships.  We will then turn around and face all these buildings and remind them, ‘Because of our Seafarers, all of this right here was built’.”

Mr. Rose thanked the previous and current administrations by noting, “As we continue to Celebrate Cayman, we set aside differences, agendas, politics to focus on the things that unite us and bind us together as a people.  And so, I wish to pay honour to the past administration for setting this policy for renaming this road, and I salute this new administration for seeing the renaming of the road to completion.”

Laughter and memories were shared with attendees by both Richard Arch, MBE, JP – a former seafarer and a descendant of Cayman’s most prominent shipbuilding family, and Denniston Tibbetts, President of the Cayman Islands Seafarer’s Association.

Mr. Arch took the audience on a journey along Seafarers Way from Boilers Road to Mary Street, sharing important moments and milestones in the Islands’ seafaring history connected to key spots along this storied route.

In his keynote address to conclude the ceremony, Premier Hon. Wayne Panton, JP paid rich tribute to the Cayman Islands’ seafaring heritage, underscoring the contributions, sacrifices and positive actions that laid a strong foundation for the Cayman Islands to thrive and progress.

“The sea is still providing for the Caymanian economy, from the Shipping Registry, to fishermen, marine biologists and more,” he said.

Mr. Panton also recognised the role of the “grandmothers, mothers, aunts, sisters and daughters who ardently took up various jobs as part of their duties; handling household tasks, raising families, socialising with sometimes vexing relatives and indeed running the affairs of the country all while coping with emotional ups and downs that came as a result of their loved ones being away.”

A celebratory reception followed the ceremony.