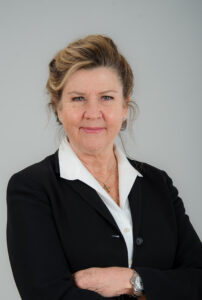 Following a competitive recruitment process, Ms. Sharon Roulstone has been appointed as the Cayman Islands’ next Ombudsman.

Currently serving as the Deputy Ombudsman (Complaints Division), Ms. Roulstone is a seasoned professional who has had a distinguished legal career in the private sector and who has served for decades in a voluntary capacity as a director of numerous public bodies.

The selection process for the Ombudsman post was overseen by a recruitment panel chaired by HE the Governor Mr. Martyn Roper. Other panelists were Mrs. Gloria McField-Nixon (Chief Officer, Portfolio of the Civil Service), and long-standing members of civil society Ms. Patricia Estwick and Mr. David Ritch, who were nominated by the Premier and Leader of the Opposition, respectively.

Commenting on the appointment, HE the Governor said, “I am delighted to appoint Ms. Roulstone to the role of Ombudsman. Her professional achievements, integrity and passion impressed the panel who unanimously agreed that she was well suited to take on this important role as leader of an oversight body and champion of good governance within these Islands.  Ms. Roulstone underlined that her focus will be on continuing to build the Office of the Ombudsman and making it more accessible to the public it serves. Ms. Roulstone is the first Caymanian to take up the position of Ombudsman. As Governor, I am keen to see more Caymanians taking up the top positions in our jurisdiction.  I congratulate Ms. Roulstone on taking up this important role.”

Ms. Roulstone possesses a Bachelor of Law (Hons.) degree and a Master’s degree in International Finance from the University of Liverpool. During her extensive legal career, she was a founding partner of Turner & Roulstone law firm and subsequently managed her own private law practice, RoulstoneLaw.

She has vast knowledge of the public sector, having served the Government on statutory bodies which include the Central Planning Authority, the Work Permit Board, the Civil Service Appeals Commission, the Maritime Authority of the Cayman Islands (MACI) and CINICO.

Additionally, Ms. Roulstone has served as a member of the Civil Service, undertaking the role of Interim Director of WORC from 2018 to 2020. In that capacity, she successfully transitioned the former Immigration Department and the National Workforce Development Agency into the new department of Workforce Opportunities & Residency Cayman.

In accepting the appointment Ms. Roulstone said, “The role of the Ombudsman is integral to a democratic society. Fundamentally, it applies the rule of law to hold Government accountable to the people it serves. Within our jurisdiction, we investigate complaints of maladministration, complaints against the police, data protection, whistleblower protections and Freedom of Information appeals.

I look forward to leading this important work to ensure that the people of the Cayman Islands have access to impartial, procedurally fair, and confidential investigations of their complaints. I am grateful to the Governor and the panel for their confidence in appointing me to this post and I look forward to serving my country in this new capacity.”