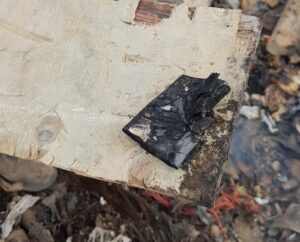 The Department of Environmental Health (DEH) reports a small surface fire at the landfill around 4.00 pm on Monday, 18 January 2021.

The Cayman Islands Fire Service (CIFS) worked alongside colleagues from DEH and the fire is now extinguished.

DEH crews will continue to monitor the area throughout the night and notify CIFS immediately if any smoke is observed..

On initial inspection, the incident appears to have been caused when a vehicle drove over a mobile phone battery or similar that had been discarded in the regular waste while compacting an area of the landfill site, causing the battery to burst and ignite.

“Any kind of battery, including those found in mobile phones, pose an increased risk of combustion and should be separated from other waste materials when disposing. For this reason, the George Town Landfill has a designated area for batteries which we encourage the public to use,” says DEH Director, Richard Simms.