Social Worker of the Year Award Given at DCFS Recognition Event 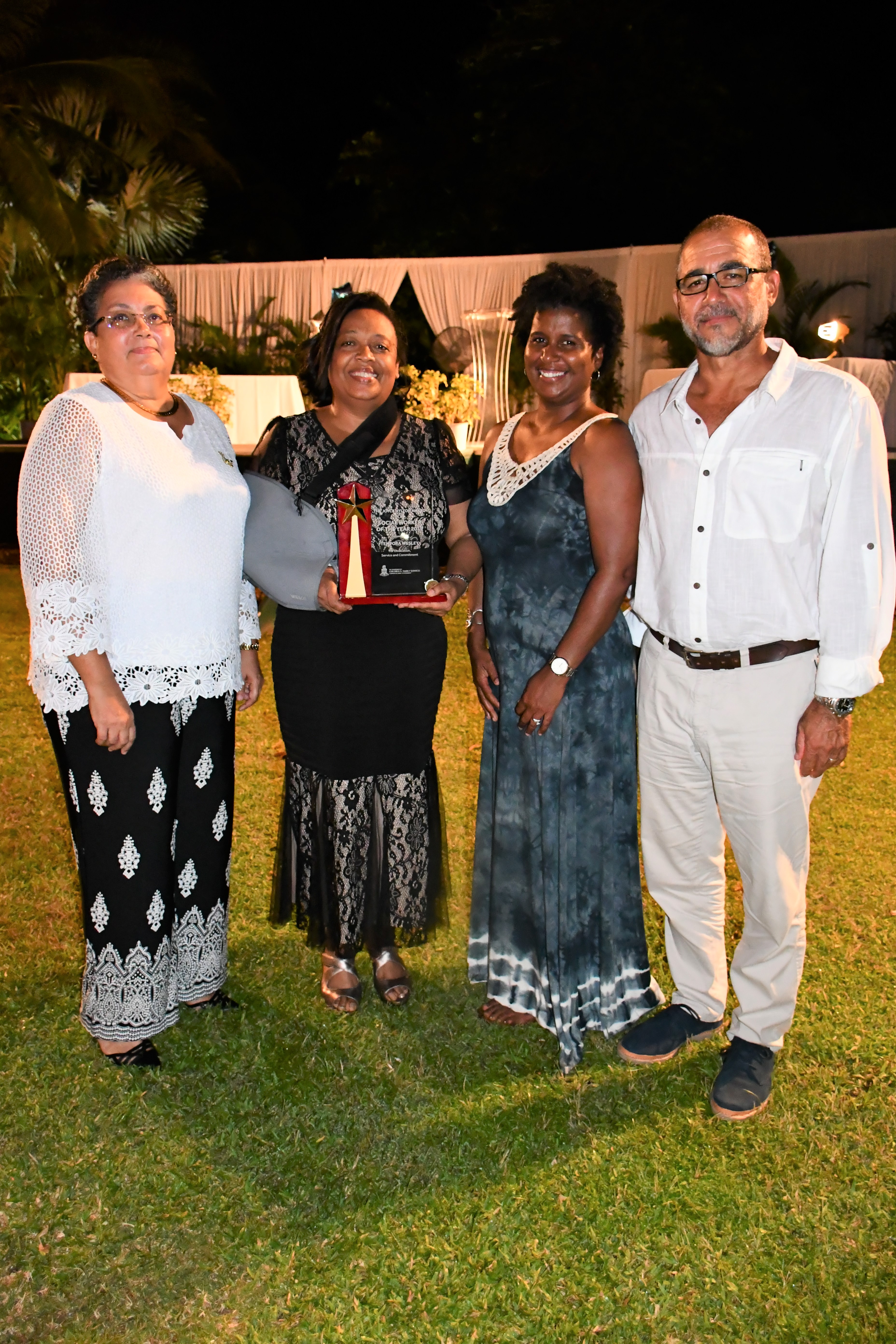 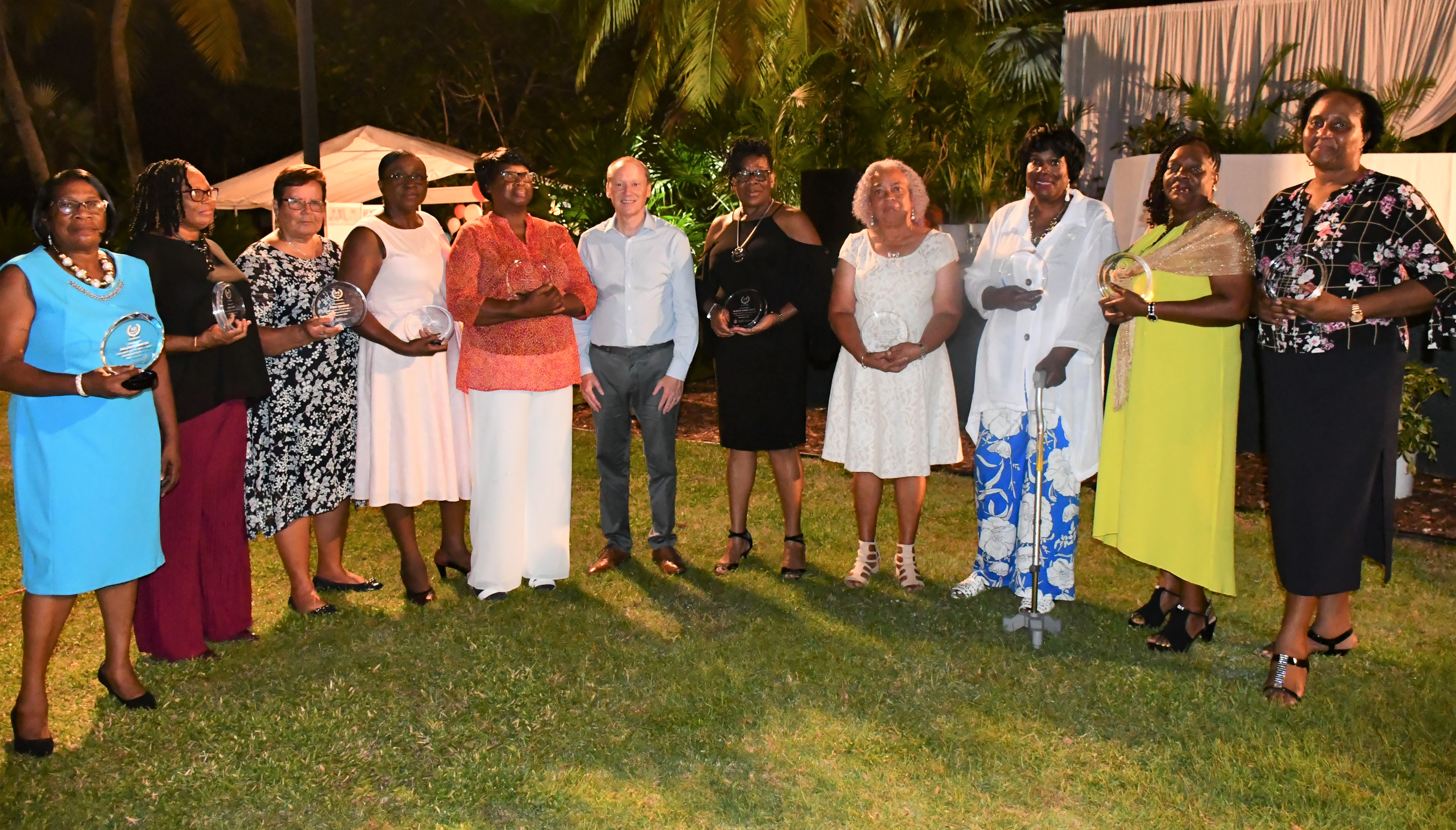 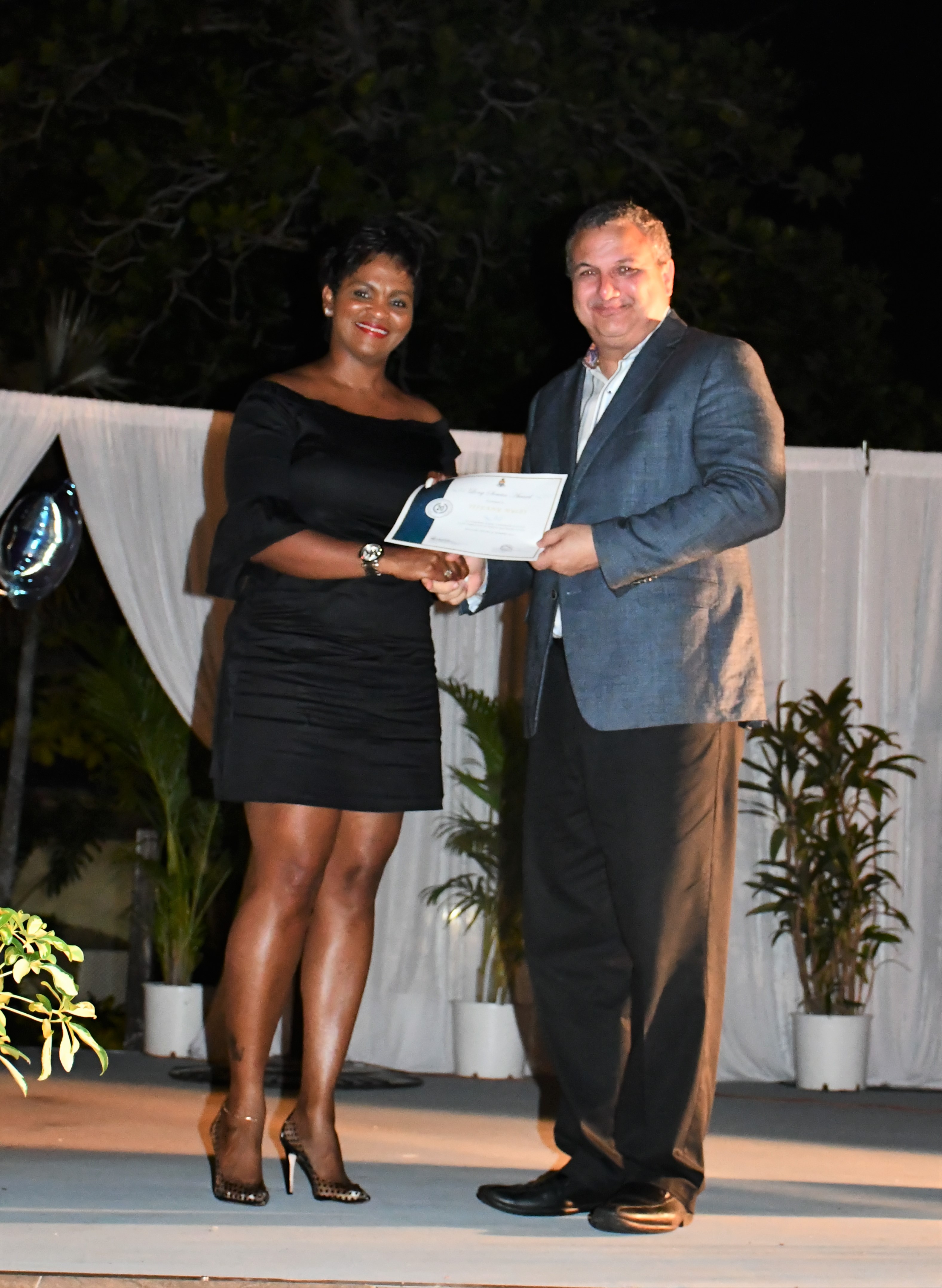 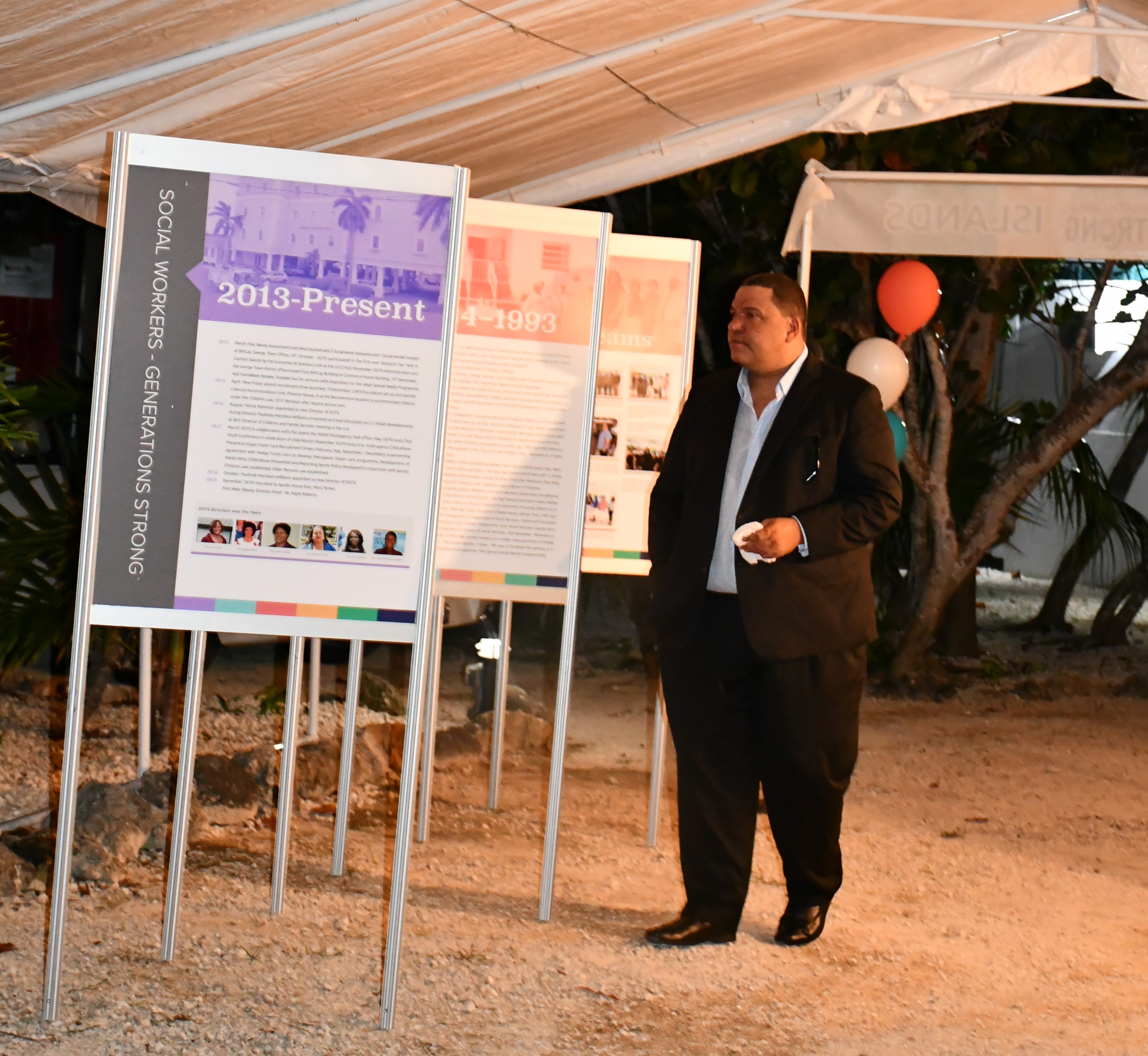 The commitment and professionalism of government social work practitioners was formally acknowledged on Saturday, 26 September 2020.

Department of Children and Family Services (DCFS) staff attended the DCFS Awards Recognition Dinner at Pedro St. James. The ceremony centred on the giving of long service, individual, team and manager certificates, culminating in the presentation of the inaugural Social Worker of the Year – Joyce Hylton Award.

In her opening remarks DCFS Director, Mrs. Paulinda Mendoza-Williams, said: “It is with great honour and pride that I have the privilege of working with colleagues who truly exemplify what if means to be exceptional civil servants delivering world-class customer services. Your passion, compassion, hard work, and dedication consistently make the lives of those we serve better every day.”

The Director also acknowledged two staff members who will be retiring at the end of the year.

Describing social work practitioners as the “backbone of a community-focused society”, Councillor Harris praised DCFS staff for upholding the highest standards of the profession during the most difficult time in living history. He acknowledged social workers’ vast remit, their heavy caseloads and the increasingly multi-disciplinary scope of their work.

He said: “We were in the middle of celebrating Social Work Month in March under the theme of “Generations Strong” when we were thrown into the clutches of COVID-19 and found ourselves staying at home, isolated from our relatives, friends and co-workers. But I commend the Department’s dedicated staff for maintaining contact with clients via various methods including telephone calls, Whatsapp video and Zoom. Throughout the trial of COVID, DCFS remained committed to its staff and vulnerable clients. For that, we all thank you.”

As Head of the Civil Service, Mr. Manderson focused on the lead that DCFS management and staff had taken in safeguarding the welfare of the nation’s most vulnerable persons in the past six months. He said that the Department had proven its importance as an essential service, adding that government social workers and community care staff embody the Civil Service’s commitment; to making the lives of those they serve better.

The team and individual awards, were presented by Councillor Harris and Chief Officer Echenique, and included recognition certificates for staff that were chosen by their colleagues.

The evening culminated in the presentation of the inaugural Joyce Hylton Award Social Work Manager of the Year- Joyce Hylton Award to Mrs. Tempora Wesley. On receiving the honour, the Elderly Services Team member said: “It is a high honour to receive the first ever Social Worker of the Year award. I am humbled and so proud to be furthering Mrs. Hylton’s mission by doing the job I love, working alongside colleagues that I admire.”

The award was sponsored and presented by representatives of the Hylton family and the estate of the late Mike Simmons. His executor Ms Elva Smith said; “Mr. Simmons, was the informally adopted son of Mrs. Hylton and it was his wish that his estate honour her. This was the most fitting opportunity to do so, as she was the Cayman Islands’ first social worker. The estate has commited to continue sponsoring these awards for the next five years.”